Newstechok.com
Home IT 2022 Emmy predictions: who will take home the big awards? 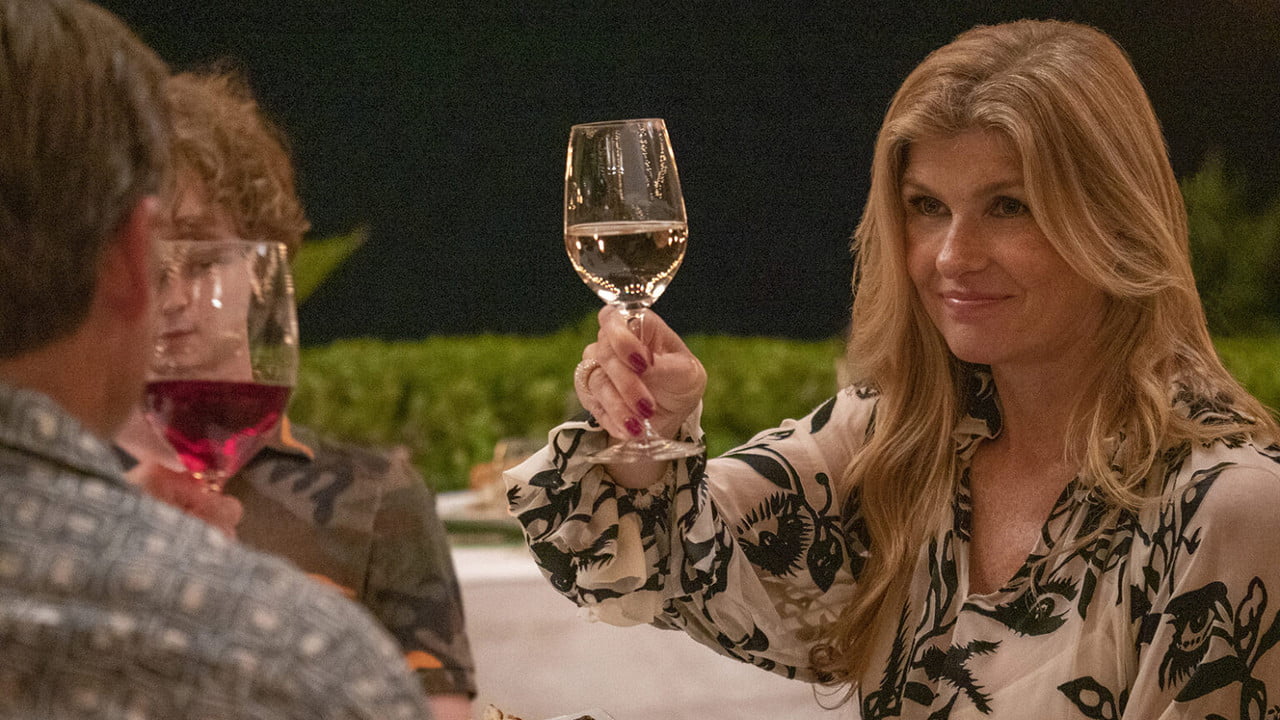 The 74th annual Primetime Emmy Awards will air on NBC and Peacock on Monday, September 12. Hosted by Kenan Thompson, the show is an exciting time for shows like Ozark and Killing Eve, which will have their final opportunities at earning awards after ending their runs. There are plenty of new shows in the running, too, from HBO’s The White Lotus to the Apple TV+ hit Severance.

Succession leads the pack with a total of 25 Emmy nominations, followed by Ted Lasso and The White Lotus, which are tied with 20 apiece. Other series with impressive showings include Squid Game, Only Murders in the Building, Hacks, Dopesick, Euphoria, Barry, Stranger Things, and The Marvelous Mrs. Maisel. Not surprisingly, HBO and Netflix lead in terms of the number of nominations.

Will there be upsets this year? We’ll find out come mid-September. For now, we have some predictions on which actors and shows will take home the awards in the biggest categories.

Lead Actress in a Drama Series

Prediction: There’s stiff competition in this category from three actors whose shows have ended their runs: Killing Eve and Ozark. Despite many believing that Zendaya will bring home the award for the second year in a row, we’re going to give this one to Laura Linney for Ozark. The range of emotions she displayed through the final season — the outbursts and the coldness — had fans comparing her to Breaking Bad’s Walter White. It would be a shame if Linney wasn’t finally rewarded for the role after being nominated for a third time.

Lead Actor in a Drama Series

Prediction: He lost to his co-star Jeremy Strong in 2020 and neither were nominated last year given that the show went on a longer-than-usual hiatus due to COVID-19. But given his more nuanced performance in the latest season, chances are that Brian Cox may win in this category for a second time, despite a strong showing from his fellow nominees. He plays terrifyingly cruel and calculating patriarch Logan Roy in the satirical comedy-drama Succession in a way that has viewers shaking in their boots any time the character comes on screen.

Lead Actor in a Limited Series or Movie

Prediction: While Michael Keaton appears to be the favorite to win for his portrayal of Dr. Samuel Finnix, we’re going to go out on a limb and predict that Sebastian Stan might actually take home the statue this year as one of the bigger upsets of the night. His transformation into rock legend Tommy Lee was spot-on, from the look to the mannerisms and voice. The academy tends to respond positively when actors are able to embody a real-life person so convincingly.

Lead Actress in a Limited Series or Movie

Prediction: The way Amanda Seyfried transformed herself into disgraced Theranos founder Elizabeth Holmes had fans and critics thoroughly impressed. It was her performance that helped earn the series a total of six Primetime Emmy nominations in all. While her fellow nominees delivered strong performances as well, this could be Seyfried’s year to shine. Should she win, this would mark Seyfried’s first-ever Emmy nomination and win. She is also credited as a producer on the show, which itself is nominated for Outstanding Limited or Anthology Series.

Lead Actor in a Comedy Series

Prediction: Now is the time when feel-good shows are just what the doctor ordered. Ted Lasso’s third season does not yet have a release date, and season 2 premiered last summer, but the Academy hasn’t forgotten Jason Sudeikis’ uplifting performance in the second season of the Apple TV+ original. A departure from the happy-go-lucky character fans got to know in season 1, Sudeikis drew back the curtain to show a far more vulnerable man masking heartbreak and trauma behind a smile. It’s the type of performance that threw fans for a loop as they realized Ted Lasso is as much about mental health as it is about English football. Sudeikis’ ability to capture the balance so well, and still keep viewers hooked, deserves to be rewarded.

Lead Actress in a Comedy Series

Prediction: It’s likely that Jean Smart will take home the award in this category for a second year, marking her fifth Primetime Emmy Award (the others being for a guest role in Frasier back in 2000 and 2001 and supporting role in Samantha Who? in 2008). She’s compelling as the legendary fictional Las Vegas stand-up comedian Deborah Vance in Hacks, and the chemistry between she and Hannah Einbinder as her young head writer is what truly makes the show among the best from HBO.

Supporting Actress in a Drama Series

Prediction: As much as fans want to see Sarah Snook finally take home a win for Succession following her multiple nominations, see Julia Garner get one final nod for Ozark, or watch Rhea Seehorn finally be recognized for her incredible, emotionally charged performance in the final season of Better Call Saul, we actually predict that Patricia Arquette will mark the one and only win for Severance. Her compelling performance as Harmony, a cruel and troubled woman at the head of a morally corrupt organization, combined with her alter-ego, Mrs. Selvig, the seemingly innocent birthing coach, really put Arquette’s diverse acting talents on full display.

Supporting Actor in a Drama Series

Prediction: After already having taken home the Golden Globe for his role as youngest Roy child Roman on the most-nominated series, and delivering a memorable acceptance speech, we could see Kieran Culkin win here as well. While his Succession co-star Matthew Macfadyen is a favorite to win, this would mark Culkin’s first Emmy win and second nomination: he was nominated for the role in Succession in 2020 as well and lost to The Morning Show’s Billy Crudup.

Supporting Actress in a Comedy Series

Prediction: There has been so much praise for Hannah Waddingham’s performance as the unpredictably sweet, jilted-by-her-husband, wealthy head of a football club in Ted Lasso. After her 2021 win, fans are rooting for her to make it a double. Though there’s some chatter about the win potentially going to Sheryl Lee Ralph, nominated for one of the few linear network shows, we think Waddingham will be enthusiastically bursting onto the stage to grab the award for the second time.

Supporting Actor in a Comedy Series

Prediction: The story behind the role is as great as the role itself: While working as a writer for Ted Lasso, Brett Goldstein felt confident he could play the character of the surly Roy Kent, believing he had it in him to portray the character’s perpetual pent-up anger. He nailed his video audition and, as it turns out, he was right. Goldstein won in 2021, and with his character experiencing an entirely new journey and range of emotions in season 2, we expect he’ll take home the statue again this year.

Prediction: The White Lotus seemingly came out of nowhere to become the second-most nominated show, tied with Ted Lasso and beat only by Succession. It would be a surprise if, given those tremendous accolades, the HBO series did not take home the award in this category. With it’s A-list ensemble cast and hilarious mix of comedy and drama, the critical acclaim the show received may very well be mirrored by a win in this category.

Prediction: While it would be nice to see a fabulous show like Severance take home the win, chances are things will remain status quo and Succession will win for the second time, given that it was not in the running in 2021 due to a delayed schedule. The satirical black comedy-drama about the obscenely wealthy Roy family and their media conglomerate Waystar Royco, as well as the ruthless patriarch Logan’s journey to find a suitable future head for the empire, has been a hit for HBO. Succession swept the awards in 2020. the last time it was nominated. While it might not be a clean sweep in the drama categories this year, the show will likely win the big one.

Prediction: There are some wonderful options on this list, but it seems like this might be the year for Apple TV+ as the streaming service hits its stride. Ted Lasso may not be a shoo-in to win like it was in 2021 for season 1, but chances are the darker, more character-driven second season of the Apple TV+ original won’t be overlooked as fans excitedly await a third season.

A few other notable awards categories and predictions:

Supporting Actor in a Limited Series or Movie

Supporting Actress in a Limited Series or Movie

The first Roomba 2 in 1 vacuums, cleans and keeps your carpet dry

Everyone should watch this heartbreaking documentary on Netflix