Newstechok.com
Home Technology A system that allows users to communicate with other people remotely while... 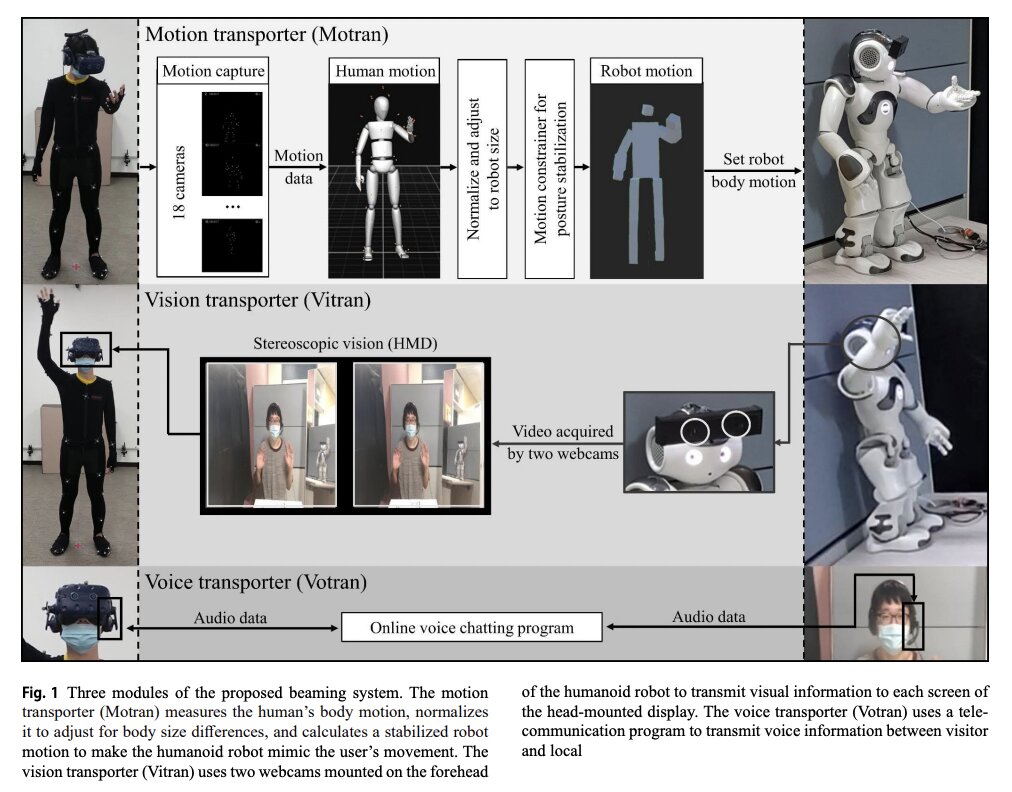 Recent technological advances are opening up new and exciting possibilities for communicating with other people and visiting places from a distance. These improvements include telepresence robots, moving robotic systems that allow users to virtually navigate remote environments and interact with humans in those environments.

This system, introduced in an article published in International Journal of Social Roboticsallows users to take full ownership of the humanoid robot’s body, thereby accessing remote environments and interacting with both people and objects in those environments as if they were physically there.

The main goal of Jung and his colleagues’ recent work was to develop a telepresence system that would allow human users to fully embody a humanoid robot in a remote location, using its body to navigate the environment and interact with others in it. To evaluate their system, the researchers conducted a series of experiments in which users were asked to either directly use their system, assuming the role of “visitors,” or interact with the robot controlled by another user, assuming the role of “locals.”

“Forty participants were assigned to both visitor and local roles and their co-presence, usability, eye contact, emotional, verbal and gestural communication were examined,” wrote Jung, Kim, Han and Kim in their paper.

In the researchers’ experiment, participants interacted with each other in pairs, with one controlling the humanoid robot and the other interacting with it. The pairs completed three trials. In the first, the robot was static and could not be moved by the users at all, in the second, it could only turn its head and its movements were synchronized with those of the users, and in the third, its entire body could move in ways that mirrored the movements of the user.

“The results suggest that visitors’ subjective reports of telecommunication experiences were generally controlled in a stepwise manner according to the controllability level of embodiment, whereas those of locals were not,” wrote Jung, Kim, Han, and Kim in their paper. “However, the emotional, verbal and gestural communication of the participants showed trends of synchronization between the visitor and the local.”

The findings gathered by this team of researchers highlight the potential value of telepresence systems that allow users to embody a humanoid robot. In their tests, Jung and his colleagues found that when users had more control over a humanoid robot’s body and the robot mirrored their movements, their eye contact, emotional, verbal, and gestural communication styles were more aligned with those of humans, with which interact.

In the future, the system proposed by the team of researchers could be used to improve telepresence applications that involve remote interaction of the user with other people. It may also inspire the creation of similar systems based on humanoid robots.

Could a robot’s ability to speak affect how much people trust it?

Quote: A system that allows users to communicate with other humans remotely while embodying a humanoid robot (2022, October 31), Retrieved October 31, 2022, from

We all need to learn the life cycle of change

Pressing the Books: How to Uncover the True Nature of the Multiverse

user - September 6, 2022 0
IT
Remember the old GPS devices we used to get around back in the day? Before, you may have printed directions from MapQuest or...