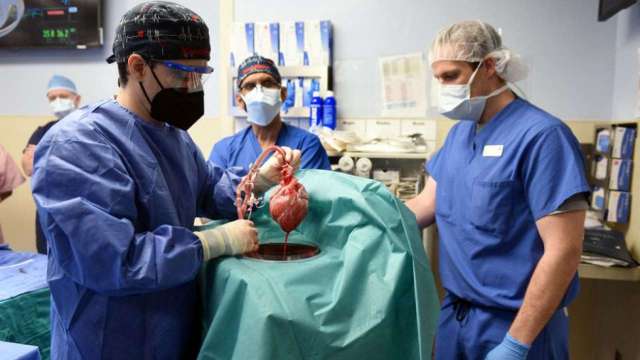 Researchers trying to find out what killed the first person to receive a heart transplant from a pig have found that the organ contains an animal virus, but cannot yet say whether it played a role in the person’s death.

A Maryland man, 57-year-old David Bennett Sr., died in March, two months after the groundbreaking experimental transplant. Doctors at the University of Maryland said Thursday that they had found unwanted viral DNA in a pig’s heart. They found no evidence that this bug, called porcine cytomegalovirus, was causing an active infection.

But the main concern about animal-to-human transplants is the risk that it could lead to new types of human infections.

READ No Covid-19 deaths reported in Delhi, says Minister Satiendar Jain amid controversy over WHO report

Because some viruses are “latent,” meaning they lurk without causing disease, “it could be a hitchhiker,” Dr. Bartley Griffith, the surgeon who performed Bennett’s transplant, told the Associated Press.

For decades, doctors have tried unsuccessfully to use animal organs to save lives. Bennett, who was dying and not eligible for a human heart transplant, underwent a recent operation using a genetically modified pig’s heart to reduce the risk of his immune system quickly rejecting such a foreign organ.

The Maryland team said the donor pig was healthy, passed the testing required by the Food and Drug Administration to check for infections, and was kept in a facility designed to prevent the spread of animal infections. Revivicor, the company that provided the animal, declined to comment.

How to install Redis in-memory database server on Ubuntu 22.04

Florida Inflation Relief Checks: Who’s Eligible and When the Checks Will...

The lizard can go from female to male before birth, but...

Should all chemosensory modalities be united in one sense?