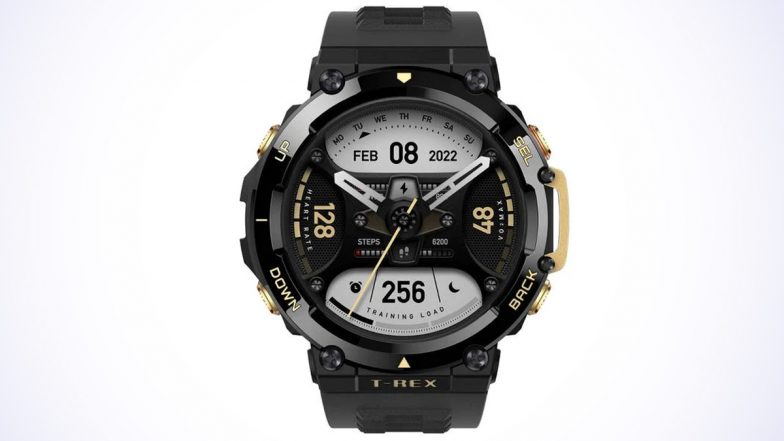 Amazfit has officially launched the T-Rex 2 rugged smartwatch in India. The smartwatch is said to be the most affordable military military wearable device that has passed 15 military standard tests. Amazfit T-Rex 2 will be available for sale tomorrow in the country via Amazon website and Amazfit India. It is now available for pre-order through the company’s official website. Huami Amazfit Verge Lite Smartwatch launched in India for Rs 4,999.

The Amazfit T-Rex 2 sports a 1.39-inch round AMOLED display with a resolution of 454×454 pixels. It is claimed to deliver up to 45 days of battery life on a single charge in power saving mode and up to 24 days in typical use. The smartwatch supports over 150 sports modes and is 10ATM water resistant. It comes with GPS technology with several health tracking features including heart rate, blood oxygen, sleep and stress level monitoring.

Want to know what extreme conditions are new? #TRex2 able to survive?

Witness the epic journey of #Amazfit T-Rex 2 as he travels through space to prove it #Endurance!

The wearable has a 500mAh battery that can be charged in 2 hours. It also gets an SpO2 tracker and runs on Zepp OS, which is also supported by third-party apps. As for pricing, the Amazfit T-Rex 2 is priced at Rs 15,999. It will be sold in Astro black/gold, ember black, wild green and desert khaki colors.

(The above story first appeared on LatestLY on 01 Jul 2022, 17:48 IST. For more news and updates on politics, world, sports, entertainment and lifestyle, log on to our website latestly.com).

Android phones may soon have five years of guaranteed updates

The number of Netflix subscribers in the US and Canada has fallen by 1.3...

The Apple Watch Series 8 will reportedly be able to detect...

All the details about the brand new flagship smartphone