Newstechok.com
Home IT An ISS astronaut talks about space debris 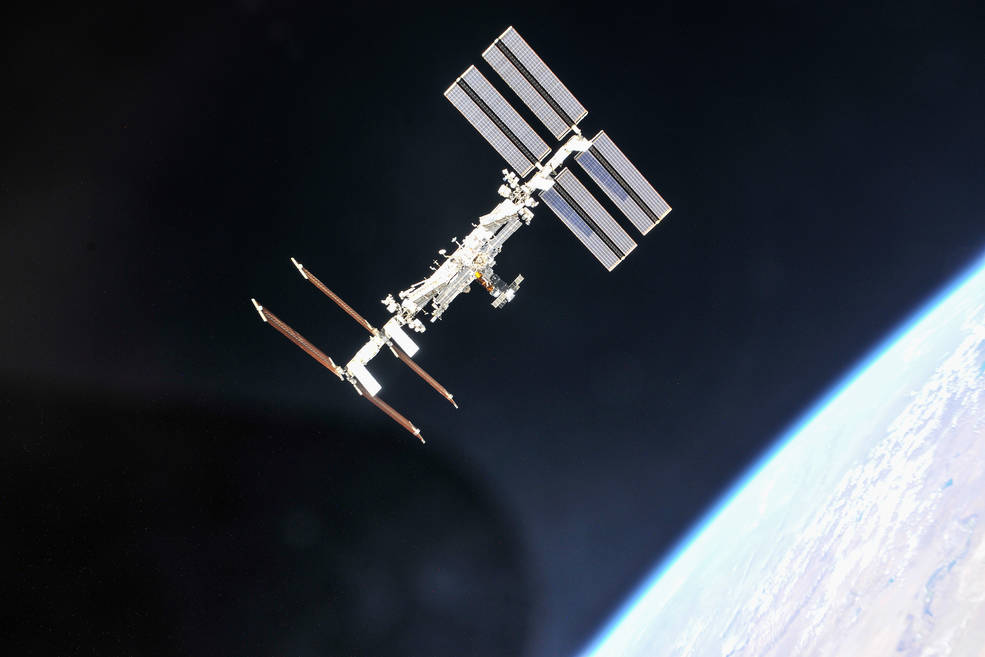 With the ISS orbiting Earth at more than 17,000 miles per hour and with a lot of space junk doing the same, there is certainly a risk of Gravity-style disaster, but luckily no serious event has yet occurred in the station’s 20-year history.

In a video shared with her half a million followers on TikTok and one million Twitter fans, Italian astronaut Cristoforetti explained this week that much of the station’s exterior is covered in panels that serve as shields to protect the ISS from micrometeorites and small pieces of space debris. debris, while the remainder consists of ultra-strong windows of fused silica and borosilicate glass.

Cristoforetti, who arrived at the space station in April for a six-month stay, said that if a small object breached the ISS’s defenses, it would likely cause a leak, causing air to escape from the station into space. The loss of pressure can happen so slowly that astronauts don’t even realize it at first. That is why the station includes an emergency alarm for rapid pressure reduction.

Detecting a potentially dangerous drop in pressure, the alarm will alert the crew to the situation. Research astronauts can then use a variety of tools to try to locate the leak before repairing it.

“If that doesn’t work — maybe because the leak is very small and the airflow is very weak — we start closing the hatches, module by module,” Cristoforetti explains in the video. “Once the hatch is closed, you can check the pressure using a portable pressure gauge. If the pressure stabilizes, it means that you have determined that the leak is on the other side of the [closed] hatch.”

Such an incident occurred in 2020, when astronauts had trouble locating the source of a small leak on the station. After searching for more than a month, the leak was discovered in the Russian service module Zvezda.

While Cristoforetti is mainly talking about small fragments floating in space, there are also quite large pieces of space debris orbiting Earth. These old rocket parts or decommissioned satellites pose a much greater risk to the ISS. Fortunately, there are teams on the ground monitoring such hazards, and if a piece is detected heading for the station, it is directed to raise or lower its orbit to avoid a potentially catastrophic collision.

Sometimes, however, there is little time to take evasive action. Just last year, for example, ISS astronauts were ordered to take cover in the station’s docked spacecraft as a cloud of debris came dangerously close. On this occasion, the ISS avoided damage, but the event was a reminder of the kind of risks astronauts take when traveling in space.

DreamWorks Animation will open its MoonRay rendering later this year

Rutherford Falls is involved in what is expected for season 2

user - August 29, 2022 0
Gadget
Samsung is reportedly working on Google's next-generation Tensor SoC as well as its own Exynos 1380 SoC, which will be announced soon. The...

Even Apple’s millions could not get them out of homelessness