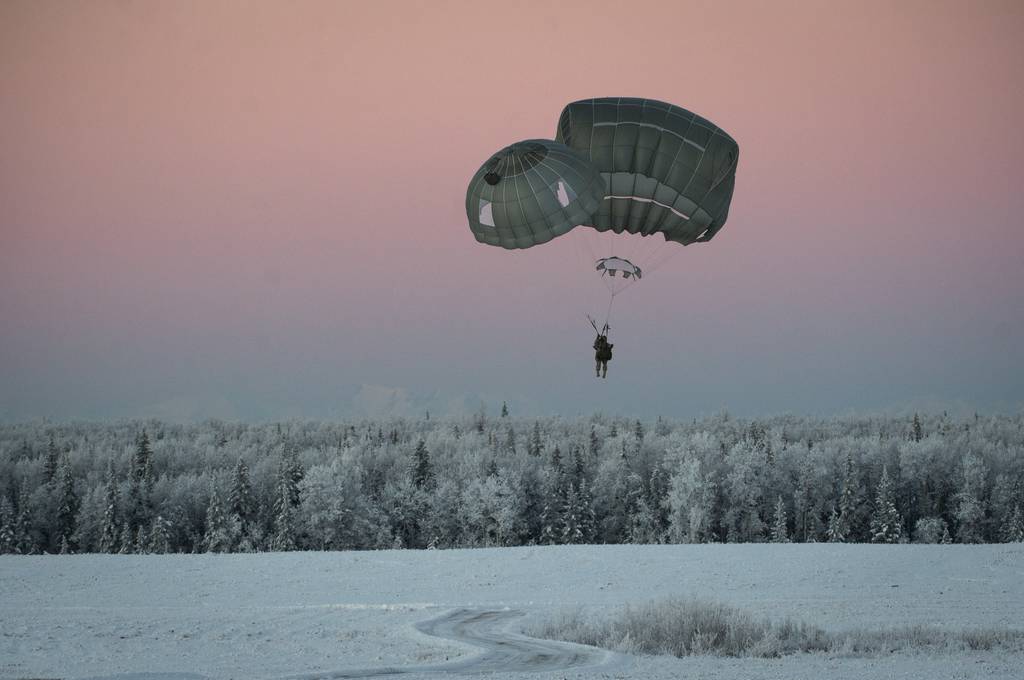 If the colors of the Army’s 11th Airborne Division could speak, they may soon be complaining about the changing weather.

The historic unit, which fought in New Guinea and the Philippines as part of the World War II Pacific Theater, was deactivated in 1965. It was last located in Fort Benning, Georgia, where it was an experimental unit testing the viability of air strikes and airmobile operations. .

But that may soon change, Army Secretary Christine Warmouth told lawmakers Thursday during a Senate committee hearing. She said 11 airborne troops, who were called “Angels” before the deactivation, could provide the basis for a new collective identity among Alaska troops.

“We are considering … changing the US Army headquarters in Alaska as the 11th Airborne Division,” Warmoth told Sen. Dan Sullivan, R-Alaska, who recently joined other members of Congress to ask the military to do more to address the mental health crisis among troops in his country.

Wormuth, who also noted the unit’s historic achievements, confirmed that if activated, the division would be an “operational headquarters”. This would increase the number of headquarters of the conventional divisions of the active army to 12 against the background of the ongoing change to reorient the structure of the service forces for large-scale combat operations, rather than deploying modular brigade combat teams.

The military is also currently implementing its new Arctic strategy, which aims to modernize and reorganize its troops in Alaska so that they are ready to face Russia or China in the region if necessary.

The service is weighing in on the concept of an Arctic infantry brigade to be trained and equipped for combat in the region, and service officials are reviewing the results of a recent major training exercise at Fort Wainwright, Alaska, as they refine the idea.

It is not clear what an Arctic brigade will look like in the end, but one thing is clear: it will take time and money to develop the service and to develop vehicles and equipment that can work effectively in the region. According to Military.comStryker vehicles, which are currently driven by Wainwright-based units, failed to withstand the weather during recent training.

The warrior told lawmakers that the move was aimed at tackling a common refrain among Alaska-based troops: they don’t know why they’re there.

“Some of the soldiers there don’t feel like they have a sense of identity or a purpose for why they’re stationed there,” Warmouth said.

“We are not adding or subtracting the force structure – it is really a new sense of common identity for the soldiers there,” she added.

The service’s chief of staff, General James McConville, said the collective identity as the army’s Arctic angels could bring “history and heritage that means a lot to soldiers.”

It is not yet clear how other tokens of identity – such as unit stickers, skill sections and badges – will play into the effort, but Congress wants the service to go beyond just a structure of power and regalia. Currently, the two Alaskan infantry brigades carry the “Tropical Lightning” patch of the 25th Infantry Division based in Hawaii.

Sullivan, along with Representative Jackie Speyer, D.C., and Sen. Lisa Markowski, R-Alaska, recently asked the military to assess the continuing wear and tear of the Arctic, extra pay and other ways to boost service in Alaska.

Davis Winky is a staff reporter covering the military. He originally joined the Military Times as a reporting intern in 2020. Prior to journalism, Davis worked as a military historian. He is also a human resources officer in the Army National Guard.

The long past – and future potential – of connectivity standards for experiences

The tech community has the power to drive change – it’s time to use...

The Webb Telescope captures a stunning view of the Pinwheel galaxy

Webinar: Reducing Fraud and Risk in the ACH Network