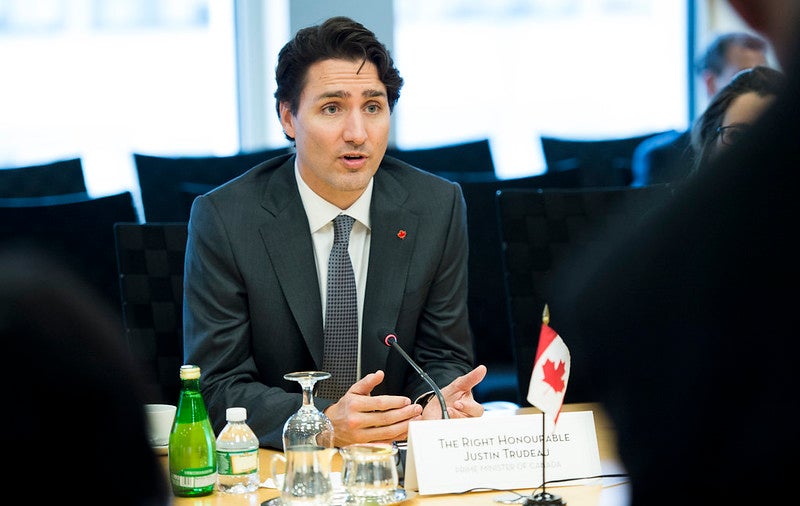 The Canadian government has announced additional military aid to Ukraine as the ongoing conflict worsens.

The move was announced by Canadian Prime Minister Justin Trudeau during a visit to the Ukrainian capital Kyiv.

During the visit, Prime Minister Trudeau met with Ukrainian President Volodymyr Zelensky and took part in the reopening ceremony of the Canadian embassy in Ukraine.

The aid is based on recent deliveries, which include artillery, ammunition and light armored vehicles with a civilian model.

He said: “I would like to thank President Zelenski for hosting this visit, but also more importantly for his leadership. Together with Ukrainians, President Zelensky defends values ​​at the heart of democracies.

“His courage and the courage of the Ukrainians are inspiring, and we will continue to do our utmost to ensure that Ukraine receives the support it needs.”

The United Kingdom will send a new military aid worth 1.3 billion pounds, which will double its previous commitments for spending on Ukraine, said Reuters.

On the other hand, the US Department of Defense (DoD) has authorized a presidential withdrawal of security aid of up to an additional $ 150 million for the affected country.

The package will include artillery, anti-artillery radars AN / TPQ-36; electronic jamming equipment; and other spare parts.

NASA has unveiled a plan to squeeze the last drop of...

Machine learning innovation among military industry companies has slowed over the...

NATO and allied navies are monitoring three Russian ships in the...