The Schmersal Group is launching a new switch that can be used as a signal generator to start machines, open electrically operated safety doors and gates and as a switch for lighting in elevator shafts. 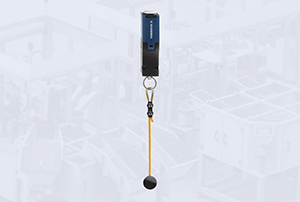 The main advantages of the new PS216 switch are its compact size and exceptional flexibility, activated thanks to the high degrees of protection according to EN 60529 and suitable for use in a wide range of temperatures.

Another practical advantage is that the PS216 works according to the “start / stop principle”, as it remains turned on after initial activation and subsequent release. Only when the switch is actuated and released a second time does the latch release and the switch turn off.

Other distinctive features of the PS216 include a cable input via the M20 or M12 connector and six different NC / NO contact options.

Mackenzie leaves Chad for Phoebe! What next?

Netflix confirms its ad-supported tier won’t have all content at launch...

The Pixel 6a proves that the iPhone and Galaxy are overrated