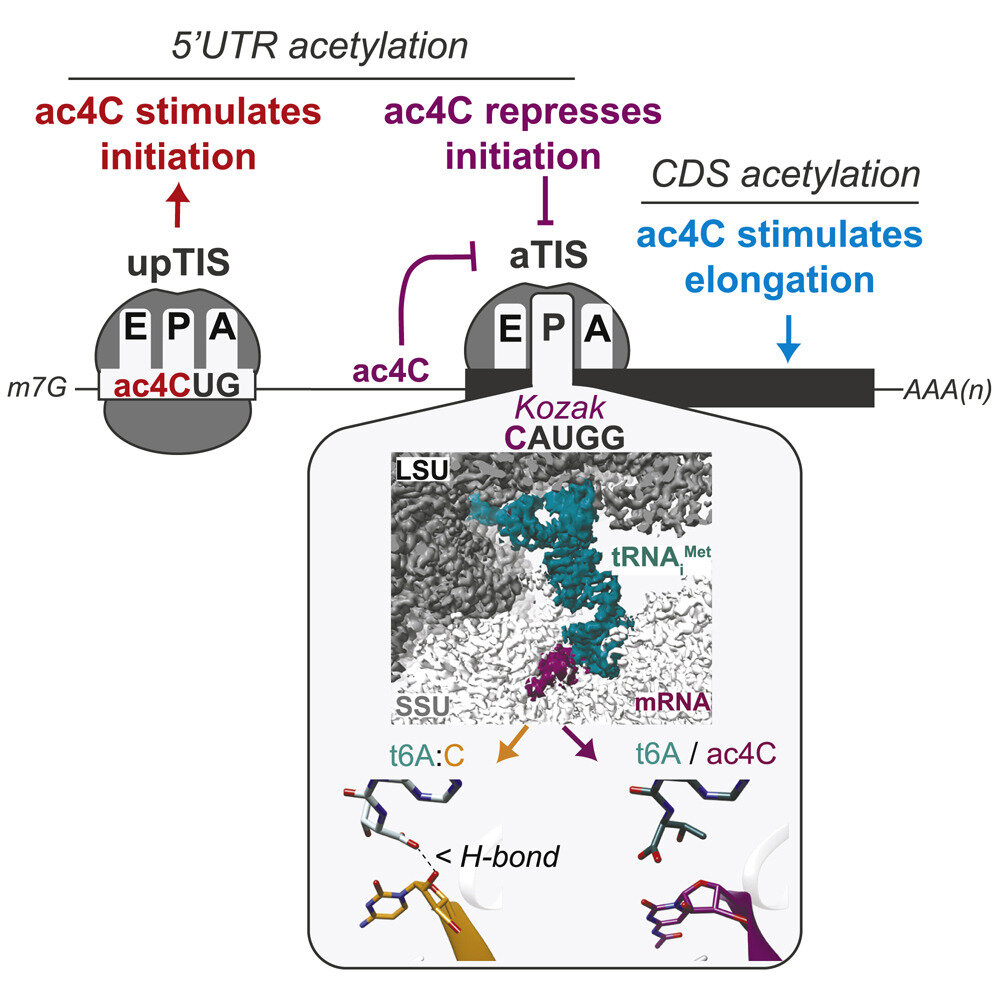 A chemical modification of messenger RNA (mRNA) performs different functions depending on its location, according to a study published in the journal Molecular cell.

This modification is produced by NAT10, an enzyme overexpressed in some cancers, so understanding how it modifies protein expression could lead to breakthroughs in the future, according to Daniel Arango, Ph.D., assistant professor of pharmacology and lead author of the study.

“We don’t yet know whether the enzyme’s role in promoting cancer growth is directly related to its mRNA modification, but that is our future question,” Arango said.

Genetic information is converted from genes to proteins using mRNA, and chemical modifications of RNA are a major regulator of this process. These modifications can change the fate of the mRNA, according to Arango.

“I think of it like an alphabet — the letters are static, but you can combine those letters into words and change those words with accents,” Arango said. “These modifications are genomic accents: they change the meaning of the genomic alphabet.”

Regions of mRNA encode proteins along with non-coding regions that have a regulatory function. Most of these modifications work through methylation, but one modification works through acetylation: cytidine acetylation (ac4C). In the current study, the researchers used genetically modified cells to study how the ac4C modification affects gene expression.

The scientists found that the specific position of ac4C was important; ac4C in the coding region promotes more efficient translation, contributing to eventual up-regulation of the protein being expressed. On the other hand, if ac4C is in the noncoding region—specifically, near an mRNA translation initiation site—it interferes with recognition of these sites and reduces translation and subsequent protein expression.

Increased expression of the NAT10 enzyme has been associated with certain cancers such as acute myeloid leukemia and hepatocellular carcinoma. The dual function of ac4C may be related, but more investigation is needed, according to Arango.

“How this duality is involved in rampant cell proliferation is unknown, but it is something we will investigate in the future,” Arango said. “This could also potentially be used to manipulate protein production in biotech or clinical settings.”

Biochemists use new tool to control mRNA with light

The Government is offering £200,000 to assess the device’s security

They are no match for the AirPods Pro

Bias and fairness of artificial intelligence-based systems in financial crime

In the midst of the chaos, a more positive picture of...