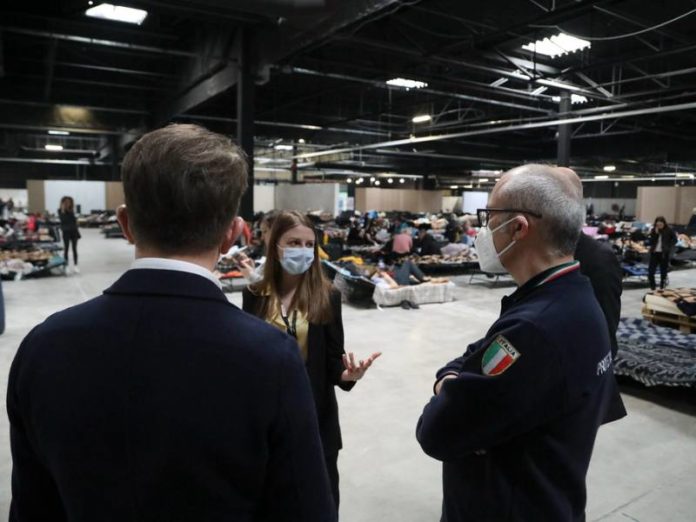 The producer and distributor of electricity and gas Enel donates network connections through the project “Allacciamo le Energie” (“We connect energy”) in Italy.

The project connects the reception facilities for Ukrainian refugees, managed by the Italian Civil Protection Department and the UN High Commissioner for Refugees (UNHCR), to the network.

The group is donating connections to its electricity grid to increase the capacity of reception facilities, including temporary ones designed to deal with the crisis.

The connection of six structures has already been completed with a total power of 132 kW: three in Liguria (Genoa, Empire and Savona), two in Friuli-Venezia Giulia (Udine and Trieste) and one in the Basilica (Potenza).

Requests for contact from interested parties can be sent to the regional civil protection department, which will then forward them to Enel.

This is Enel’s latest initiative to mitigate the effects of the war and the humanitarian emergency in Ukraine.

Have you read:
Gas and electricity prices continue to rise due to the conflict in Ukraine
Ukraine and Moldova join the continental European electricity grid
“Our office was hit by a cruise missile”: Ukraine’s energy exchange continues to trade, but needs help

Earlier in May, it was announced that the Fundraising Group’s campaign, which launched in March for workers in support of UNHCR and Save the childrenhe had concluded.

Enel Cuore, a non-profit organization of Enel that has participated in support of initiatives for the vulnerable and disadvantaged, reportedly compared each donation made by colleagues from one or both associations during the two-week campaign.

Through the initiative, UNHCR and Save the Children raised a total of one million euros (one million dollars).

The two associations are already conducting various humanitarian actions organized in response to the needs of refugees and displaced persons in the country and the surrounding countries.

The initiative will support activities aimed at dealing with the humanitarian emergency in Ukraine.

This stingray is the largest freshwater fish ever caught

Google is opening a futuristic campus in Mountain View, which will employ 4,000 people

Mighty Capital’s thesis is that the best product wins—even more so...

user - September 24, 2022 0
Technology
"No amount of salespeople or engineers can save you in the long run if your customers don't love your product" When the founders are laying...

The cellular module facilitates the development of secure IoT devices with...

Cardea Graphene biosensors will get a new “electronic nose”