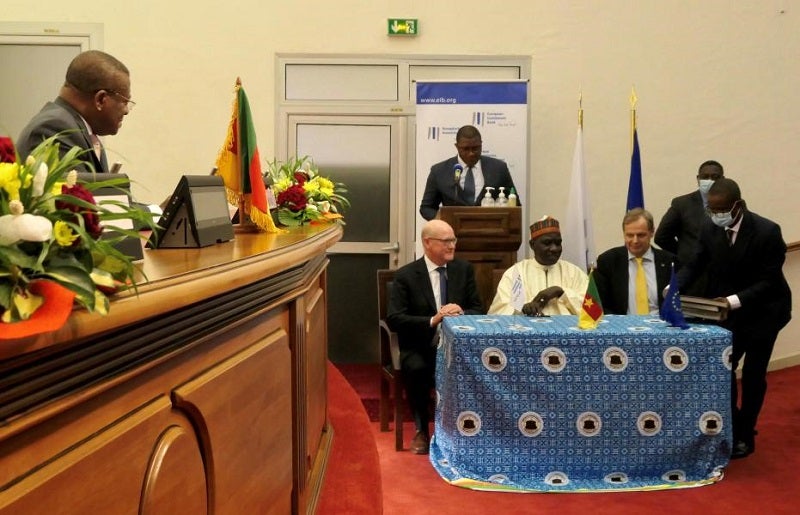 This includes a € 17.1 million grant from the EU, together with a € 106 million loan from the European Investment Bank (EIB).

The new financing is the EIB’s largest single investment in Cameroon and the largest transport investment to date in sub-Saharan Africa.

The Cameroonian Minister for Transport said: “The agreements signed today to finance and implement the Bélabo-Ngaoundéré (PRBN) renovation project mark a decisive step in the program to upgrade the entire operational railway network, which began in the late 1990s. With PRBN we will have renewed 330 additional kilometers of railway line, approximately 30% of the national network.

“Work efficiency will be improved thanks to a significant reduction in travel time for both passenger and freight trains; improving passenger comfort, safety and rail traffic capacity, which is crucial for the shift of extractive traffic in the Adamawa region and contributes to the achievement of national development goals in the sector.

Since its launch in 1974, the 330-kilometer Belabo-Ngaoundere track has never been upgraded.

The funding will support improvements to railway tracks, station facilities and the safety of the railway cross, in addition to supporting engineering works.

Improvements to this line are expected to be completed in 2028, with the modernized track expected to help passenger and freight trains run at 90 km / h and 70 km / h, respectively.

The 243m-euro project will support train travel between central and northern Cameroon and improve connections between the port of Douala, Chad and the Central African Republic.

It is expected to create job opportunities along the route, as well as in northern Cameroon, while serving more than 1 million passengers a year.

The project will also receive technical assistance from the EU, as well as funding from the Republic of Cameroon, the French development agency AFD.

Explanation of live TV and the catch-up platform