Newstechok.com
Home Science Experts disagreed on who should receive the 4th dose of COVID vaccine 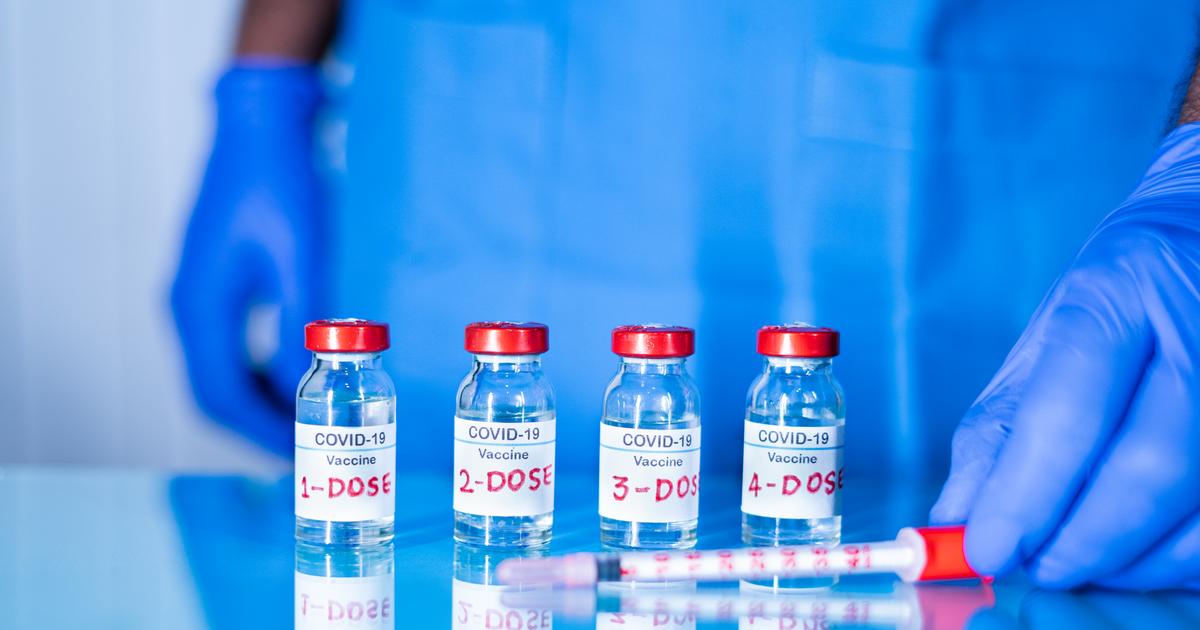 Two newly published studies show that the fourth dose of COVID-19 vaccine can significantly increase a person’s immunity and reduce the risk of infection compared to triple-dose individuals. Most fourth-dose programs around the world are currently limited to the very old and vulnerable, but experts are divided over whether more age groups should be offered an additional booster at this time.

Since the original two-dose COVID-19 vaccine protocol began in late 2020, the continuing question is: when is another dose needed? As 2021 progresses and new variants of SARS-CoV-2 emerge, it has become clear that three doses of vaccine are optimal for overall protection against severe disease. But now, in 2022, many are wondering when a fourth dose will be needed.

A new study published in Lancet infectious diseases offers one of the most stable insights into the immune response to a fourth dose of COVID-19 vaccine. The UK study closely measured various immune biomarkers in adult subjects who received their fourth dose of vaccine approximately seven months after their third injection.

The results show that the fourth dose significantly enhances antibody and T cell responses to levels similar to those observed after three doses. In some cases, these immune biomarkers are stronger after the fourth dose than after the third.

“This finding was reproduced in participants with a history of SARS-CoV-2 infection, indicating that there may be a ceiling or maximal anti-spike protein IgG titer and T-cell response, and that the fourth dose may not enhance humoral and cellular responses. if the initial response is high, “the researchers wrote.” These individual data are important for policymakers, as the benefit of a fourth dose may be less in people who already have high levels of immune response from a recent infection or vaccination.

Another recently published study complements these results by comparing the rate of COVID infection with third and fourth dose vaccines in a large number of adult subjects. The study looked at about 1.2 million people over the age of 60 in Israel. Half of the cohort received three doses of COVID vaccine and the other half received four.

The study found that the fourth dose reduced the rate of infection by two times compared to three doses. This protection against infection peaks four weeks after the fourth dose. Up to eight weeks, the study did not show a difference in the degree of infection when comparing cohorts with three and four doses.

However, protection against severe disease is significantly increased by a factor of three in the four-dose cohort. And this protection seems to last for at least six weeks, suggesting that a fourth dose may be important in adult and vulnerable populations.

Many parts of the world have already started programs for the fourth dose of the vaccine, but there is no consensus on who should receive additional boosters. The United Kingdom, for example, offers fourth doses to people over the age of 75, while the United States sets its bar at the age of 50. Most countries offer fourth doses to people with severe immunosuppressive disease, but not to other vulnerable groups such as those with chronic diseases or cancer.

The big dilemma facing regulators around the world is how widely the fourth dose should be distributed at the moment. Some researchers, such as immunologist Danny Altman of Imperial College London, say the new findings confirm the value of widespread use of fourth doses in all age groups.

“Just because our first-generation vaccines are losing weight fast and offering a lot of permeable protection these days, doesn’t mean we should give up and not have additional boosters,” Altman said. The guardian. “On the contrary, [given] many of us, even with high apparent levels of antibodies, actually show up [very little] protective neutralization of Omicron, there is even more urgent use [fourth] doses – in all age groups – to increase levels back to the protection range. “

On the other hand, Adam Finn, a pediatric researcher at the University of Bristol, says there is currently no need for healthy, young or middle-aged people to receive a fourth vaccine. Finn recently said that because most younger people are now as protected as they may be from a serious illness, there is little benefit from the widespread use of fourth doses.

“I think it’s questionable whether young, healthy people will ever be offered another vaccine against COVID beyond the third dose – at least with the vaccines and options we have now,” Finn said. The guardian. “You just don’t achieve anything very useful through [further] immunizing healthy young people with these vaccines because they rarely get sick – which vaccines prevent. “

Another wrinkle in the debate over the fourth dose is the looming possibility of an Omicron-specific booster. Both Moderna and Pfizer are at an advanced stage of developing a more targeted booster vaccine, but it is not yet clear exactly when these new vaccines will arrive.

Both companies are working on a booster aimed at Omicron’s BA.1 subtype. The problem is that the recently emerged sub-variants of Omicron (BA.2.12.1, BA.4 and BA.5) are suspected to be able to avoid the immunity generated by BA.1 infection.

So, although Moderna estimates that it may have its new booster ready for distribution in September, this deadline is based on the presumption that BA.1 is the right target for the antigen to target. Some experts on viral evolution have recently warned the virus is developing rapidly at the moment and variant-specific vaccines will be too slow to produce.

Paul Loubet and Idile Launey, vaccine researchers in France, suggest we can’t wait for these new variant-specific vaccine formulations to emerge. They argue that booster vaccines should be given to vulnerable populations now to reduce the incidence of serious diseases in the coming months.

“Heterologous boosters with next-generation vaccines, such as multivalent vaccines (vaccines that provide protection against different variants at the same time), universal coronavirus vaccines, vaccines that induce stronger T-cell reactions, or mucosal vaccines (intranasal or oral) are among the future vaccination options against COVID-19 “, the couple wrote in a comment for The lancet. “However, while these next-generation vaccines are expected, booster immunizations are crucial to restoring the vaccine’s effectiveness against severe outcomes in clinically vulnerable populations.”

Overview of circular connectors and cables

Freed Alabama prisoners return to US from Ukraine

A new antibiotic molecule kills dozens of the toughest types of...

The Wind Wall could blow up Category 5 hurricanes

The Black Death plague, traced from the teeth to a possible...