Newstechok.com
Home Technology Fintech innovations among companies in the naval industry have declined in the... 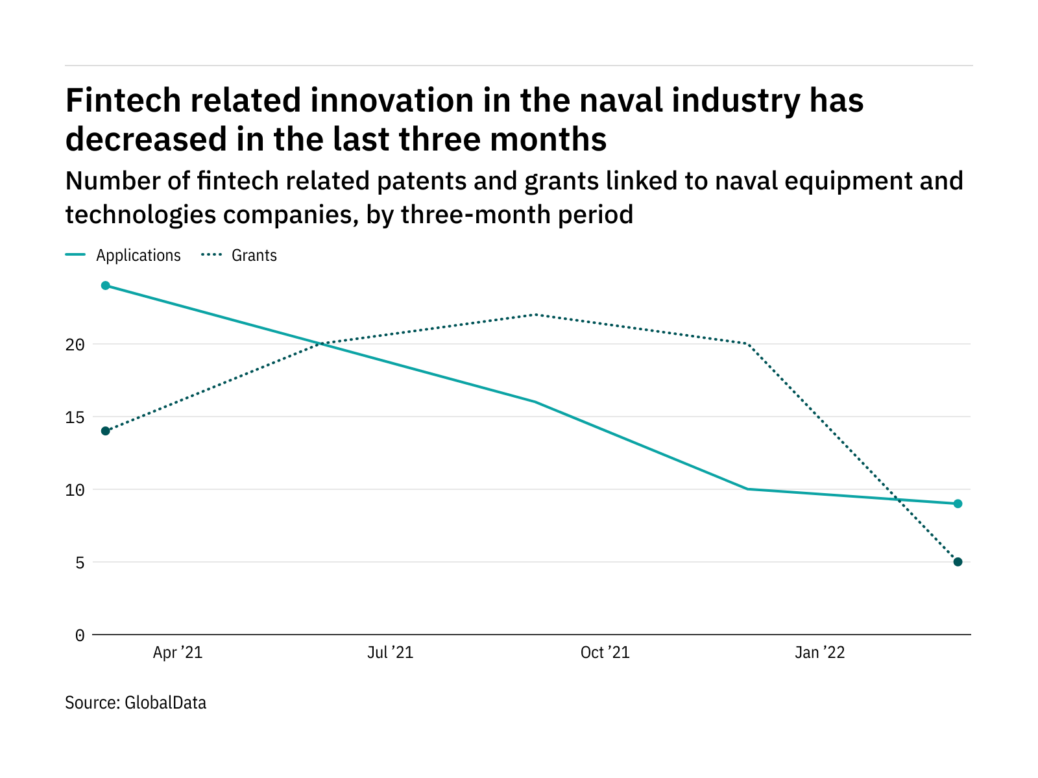 Fintech research and innovation in the naval equipment and technology sector has declined in the last year.

The latest data show that the number of patent applications related to fintech in the industry was nine in the three months ending March – a decline of 24 over the same period in 2021.

The figures for fintech-related patent grants follow a similar pattern to the number of documents filed, shrinking from 14 in the three months ending March 2021 to five in the same period in 2022.

Thales SA was the best fintech innovator in the naval equipment and technology sector in the last quarter. The French-based company has filed two fintech patents in the three months ending March. That’s less than five for the same period in 2021.

The actor who claims to be the creator of Mortal Kombat

Scientific management, Taylorism and how employees are prevented from innovating