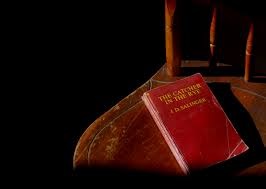 It is said that a reader has a thousand lives before he dies, whereas a man who never reads has only one. High school is a phase where you can come across many good books, some of which you will always carry in your mind.  Here are a few must-read books for high school students, whether you read them for a school assignment or just for fun.

To Kill A Mockingbird by Harper Lee

The book’s splendor lies in the ease of movement of its matter-of-fact interactions that never stray from the domains of factual accuracy and never come across like a false illusion. Every character is drawn in such a way that they are realistic yet unique that they will make you want to be like them or be inspired by them.

It is heartbreaking to realise that the racial prejudice, brutality, preconceptions, and discrimination discussed in the book still exist, and strikingly, in the same or perhaps a more aggressive version.

Bradbury’s novel is set in the future in a dystopian society where books are banned and firemen start fires rather than put them out. The storyline follows a fireman named Montag who meets a seventeen-year-old girl different from the then-existing norms. Unlike the majority of society, she enjoys people, nature, and meaningful conversations. After meeting her, Montag becomes dissatisfied with his life and those around him. This is a classic satirical novel that you will most likely have read in high school.

Romeo and Juliet by William Shakespeare

In this classic tragedy, two ill-starred lovers meet and die. Romeo, a Montague, met and fell in love with Juliet, a Capulet. They are not permitted to marry because their households are arch enemies. They secretly marry before their deaths are brought about by misfortune. The loss of their children leads to peace between the families. The book is one among the all time popular classics across globe.

After discovering that their master, Mr. Jones, is mistreating them and giving them nothing in swap for their labour, a group of farm animals organizes a rebellion. They are disciplined for speaking out when they challenge the leadership. This classic has nothing to do with animal rights. It is part of a broader critique of Soviet Communism. Animal Farm is an extended metaphor for the 1917 Russian Revolution, with major characters representing historical figures such as Karl Marx, Joseph Stalin, and Leon Trotsky.

Nick Carraway, Jay Gatsby’s neighbour, narrates this novel. Gatsby is a man of “new money” who longs to reclaim Daisy Buchanan’s heart, whom he fell madly in love with before having left for war. Fitzgerald’s work depicts the decrease of the American Dream in the 1920s through the sad fate of Gatsby, emphasising the disparity between those with newly accumulated wealth and those whose families have enjoyed lineages of material abundance. The novel is regarded as a cautionary tale about pursuing the American dream of riches and overindulgence.

Engineered mosquitoes can prevent malaria from being transmitted to humans

Five time-saving ways for teachers to use technology

Mouser Electronics is exhibiting at Electronica India as a major sponsor –

Creating innovation for employee relations in HR, people and culture

How to access Decentraland Metaverse? – A Step By Step Guide