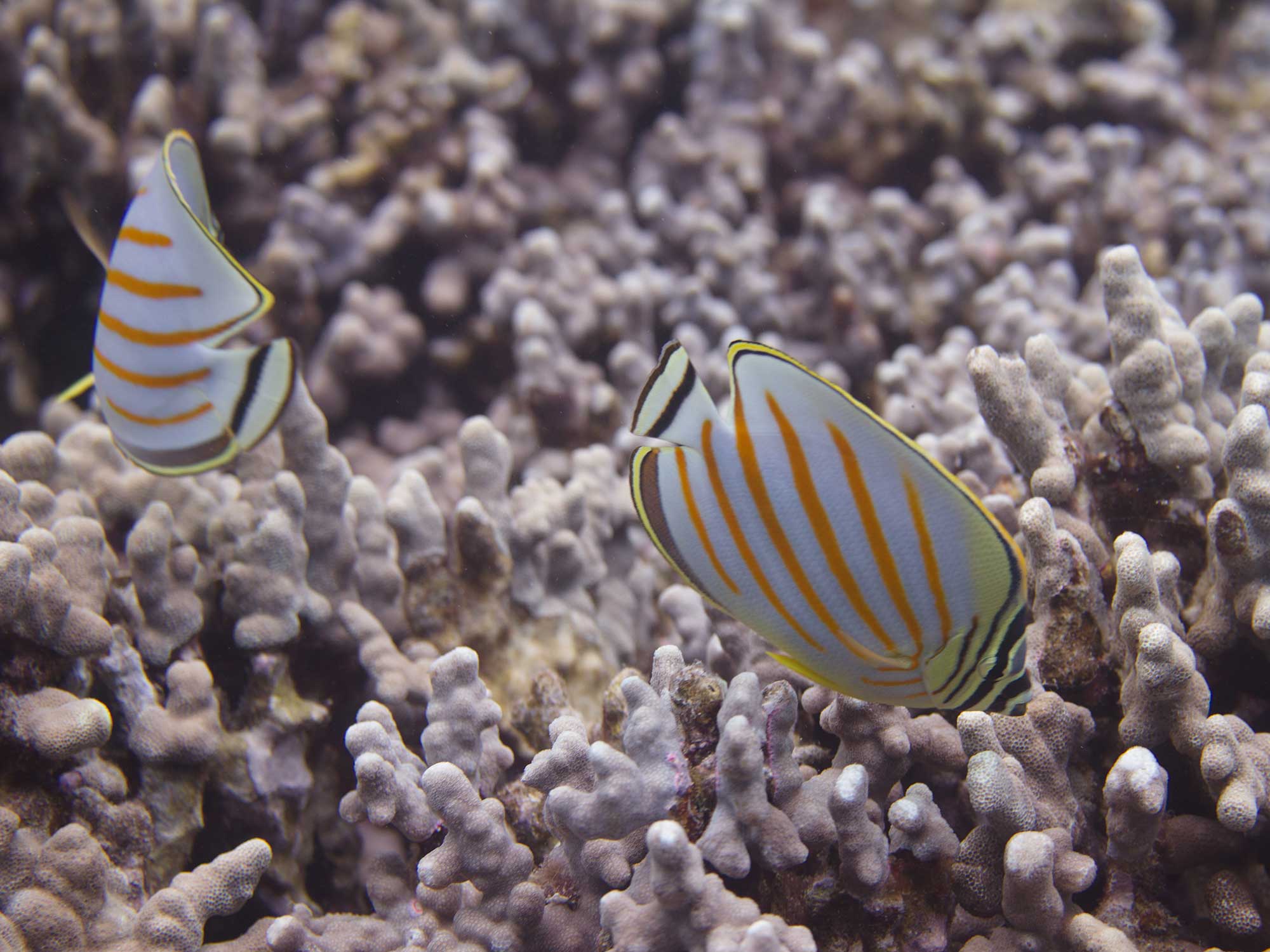 This article was originally presented on Hakai magazine, Online Journal of Science and Society in Coastal Ecosystems. Read more stories like this one at hakaimagazine.com.

It is relatively well known that most fully functioning corals that dot colorful coral reefs are a symbiosis between the coral (the animal itself) and the microscopic algae that live within it. This duo forms the physical basis of coral reefs where a quarter of the Earth’s marine species live. But what is much less known is how corals get their algal partners.

Spawning corals begin life flying on their own as free-living larvae without algal partners. Eventually, they will acquire their algae from the environment. But where does this algae come from? Scientists aren’t too sure.

Adrienne Correa, a marine biologist at Rice University in Texas, has devoted her career to studying corals and their symbionts, and she has insight into the source of at least some of the coral’s symbionts: fish feces.

In recent research, Correa and her team showed that the feces of coral-eating fish are full of algal species that can establish symbiotic relationships with corals. However, scientists have not yet fully connected the dots and have shown that either adult or larval corals pick up symbionts from fish feces. But the fact that sea ​​anemonesclosely related organism, get their algae this way, gave the idea a boost.

Correa and her team hope to prove the link in experiments that will begin later this year at the Moorea Coral Reef Long-Term Ecological Research Site in French Polynesia. For Correa, answering the question of where coral symbionts come from is urgent given climate change.

During bleaching events, individual corals react differently. Some, even within the same species, recover more quickly—in part because their algal symbionts differ from those of hard-hit corals. Although many corals establish associations with only one species of algae, others, such as the main reef-building species in the genus Acropora, can be associated with several different types of algae. Some algal symbionts do Acropora corals are more resistant to heat than others. Because of this variability, the role of fish as symbiont dispersers may be important in dictating how the coral reef recovers.

While some coral-eating fish species also eat other things, some fish such as oval butterfly fish, ornate butterfly fishand broom filefish, eat only coral—and these so-called obligate coral eaters prefer to eat healthy, unbleached coral. By eating the hardier algae from unbleached corals, these fish can help spread heat-tolerant symbionts around the reef. In other cases, fish can take advantage of corals that contain only one species of symbiotic algae by dispersing their particular partner around the reef.

If Correa’s upcoming experiments support her hypothesis, certain fish populations may prove essential to helping spread the right types of algae so that reefs remain resilient in warming waters. “We can think about whether there are specific fish that we would like to breed and release on reefs,” says Correa.

Tamar Lieberman Goulet, a coral biologist at the University of Mississippi who was not involved in the study, thinks Correa’s idea has merit. But she cautions that there are limits to how big a role fish poop can play. Fish tend to stick to their reef, Goulet says, and as such would probably only spread the coral’s symbionts over a limited area.

“A coral reef is in some ways like an island, even though it’s in the sea,” Goulet says. “A lot of coral reef fish and other organisms are restricted to the reef they’re on.” If there’s a physical barrier between the reefs, like a sandbar, Goulet says, the fish won’t swim across that barrier. Fish that leave “risk becoming prey because the reef provides protection.”

Ultimately, fish that spread algae through their feces won’t be enough to combat the worst bleaching events, Correa says. “Fish eating coral on the reef can’t fix it on their own. There are too many stressors and the stressors are too severe.” Ultimately, environmental degradation and climate change will need to be addressed head-on to fully protect coral reefs.

How to enable smooth scrolling in Firefox

user - June 21, 2022 0
IT
Firefox has been my browser for as long as I can remember. Of course, there were times when the open source web browser...

These spiders use their webs as huge silk ears