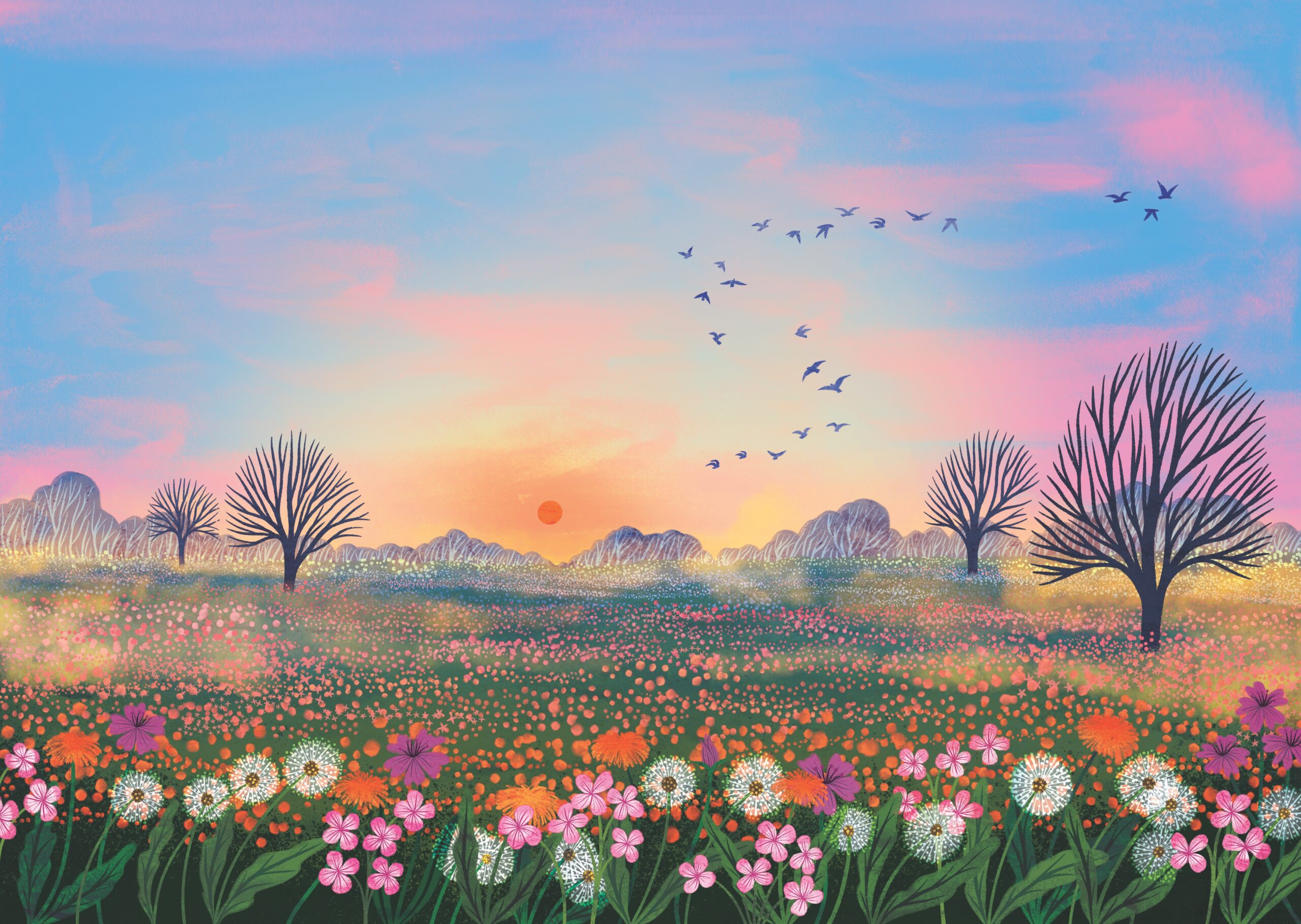 Following is an excerpt from Wild places by Sarah Baxter.

From the division of death to the line of life. Few would have predicted that the dark, decades-long fragmentation of a continent would give the earth such a rest, encourage such green shoots, see how natural connections come from such a terrible division. Yet a strip of land that was once intended for concrete, weapons, barbed wire, and border guards has been revived; it is now home to orchids and otters, capercaillies and wild cats, marsh butterflies, black storks, rare mosses. These are the rivers restored, the forests restored, the meadows more biodiverse, once detached countries united by conservation. The terrible frontier that few dared to cross – and where some perished trying – is now a place of hope and renewal.

In 1945, at the end of World War II, the so-called Iron Curtain was drawn in the middle of Europe, dividing the continent for nearly 40 years. Stretching from the Barents Sea, on the Russian-Norwegian border, all the way to the shores of the Adriatic and Black Seas, it began as a political and ideological rift separating Soviet-socialist-influenced East and the free market-minded West. But over time, it also became a physical frontier: a long and almost impenetrable barricade of walls and wire fences, watchtowers, ditches, bunkers and mine traps.

Nowhere has the “curtain” been so militarized as it has been they die Borders, The “German internal border”, which separates the German Democratic Republic (GDR, East Germany) and the Federal Republic of Germany (Germany, West Germany). This line ran nearly 1,400 km (870 miles) from the Baltic Sea to what was then Czechoslovakia, plowing villages, dividing communities, tearing apart friends and families. Especially on the GDR side, the fortifications were heavy and complex along the entire length of the wall: a restricted area, a protective strip and external fences were built behind the border, which was patrolled by 50,000 armed soldiers. Almost 700 towers were erected; 1.3 million mines have been laid. He created a virtual no-man’s land – a fatal void that took the lives of many who were desperate enough to try to cross.

It was a deadly space for many, yes. But this is not the case with wildlife. As the Cold War continued, political tensions rose and the world was in motion, the environment along the line remained isolated from radical change. Development and most human disturbances within this narrow boundary have stopped. Border areas were largely banned, so no agriculture was practiced, no shopping centers were built; people were kept aside, either by fear, force, or choice. Thus, nature was allowed to rest, able to revive, diversify and stretch along the division, creating an almost continuous corridor of semi-wild nature from the Baltic Sea to Bavaria. About 5,200 species of flora and fauna in the area – more than 600 of which are considered endangered – have been left to fend for themselves. The fortified fences were also a small obstacle, with animals such as foxes and badgers simply making their way through tunnels.

The benefits that this brutal barrier brought to nature did not go unnoticed. The German Federation for the Protection of the Environment and Nature (BUND) was established in 1975 and began to take into account the growing diversity of species and habitats within the “death knell”. In particular, it was found that 90 per cent of several endangered bird species, such as barn and larks, prefer to breed in the border area and avoid agricultural land. In 1989, when Grenze died (and the Berlin Wall) finally fell, the German Green Belt project was born. His task would be enormous: to turn this infinitely long and ugly defense network into the most unusual of nature reserves.

Today the German green belt – or Green Band Germany– is a necklace of beads with rich, diverse, vital areas for protection strung between land that has been intensively cultivated. Large part of the military equipment has been dismantled, though some observation towers, monuments and fencing sections still stand, providing touching and important reminders of the past. Former customs officers, foresters and locals, witnesses of Divide into action now take guided tours. There are old barracks in some places have been converted into hotels. But now nature is in the lead.

And what a variety of nature. Because the Green Belt stretches so far it covers a wide ecological range, from sea rocks and dunes by lakes, river banks, ravines, swamps and mountains, wildflowers meadows, beech forests, quivering swamps, lakes, lagoons and covered with heather heh. Many species thrive in these different environments. The coast is a refuge for gray seals, dense and migrating ordinary cranes. There is nesting along the river Elbe storks and soaring white-tailed eagles until winter comes, huge flocks of sour swans fill the sky. Lynx have been successful reintroduced into the caves and crevices of the Harz Mountains highly protected landscape, once completely banned – and birch and pine trees begin to sprout in involuntarily cultivated land while searching for mines. Wild cats hide in the woods Eichsfeld, while the Franconian Forest is home to martens, deer and boar. Vogtland is a flourishing pasture with flower spots, birds and butterflies. There are streams on the border with the Czech Republic which grow pearl mussels.

The German green belt is still in the works. Some sections were destroyed after the reunification, creating gaps along the line. But the hope is that they will be closed so that the course of the Iron Curtain can be preserved for both history and nature.

Excerpt from Wild places by Sarah Baxter, published by White Lion. Reprinted with permission. All other rights reserved.

The Iron Curtain’s border zone has grown into a wild, ecological haven

One of the best-preserved dinosaurs of all time, discovered in Canada

An in-person presentation of the OnePlus 10T 5G will take place on August 3...

Manage your Apple Mac in the enterprise

Scientists ignited the most powerful laser in the US

Social media fell after the protests in Iran