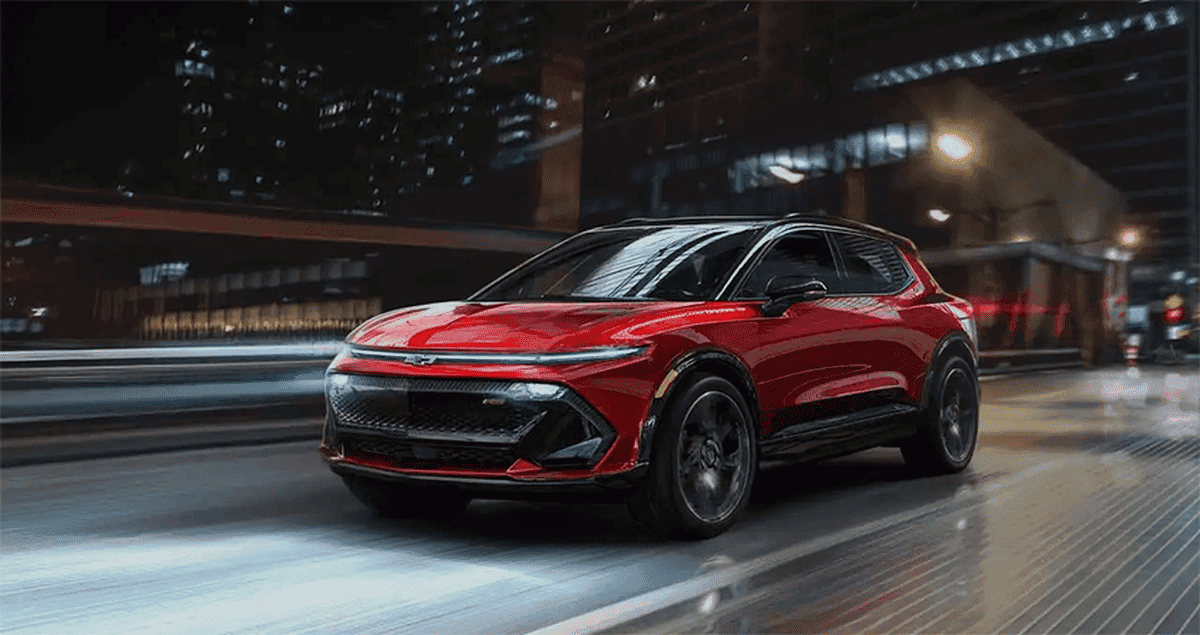 When it comes to electric vehicles (EVs), Tesla is the “face” of this market in the United States. In fact, there are some people who believe that Tesla is the only manufacturer of electric cars in the world. However, this is far from the truth, as there are a large number of EVs from more established car brands. According to InsideEVs, General Motors will focus on producing cheap electric vehicles. This will serve as one of the company’s strategic moves to surpass Tesla.

General Motors CEO Mary Bara said in an interview with Yahoo Finance a few days ago that GM wants to replace Tesla as the world’s largest electric car maker by making cheaper electric cars. Of course, it is clearly trying to take advantage of the low-end electric car market, which Tesla is currently ignoring.

“GM is doing everything possible and in five years we will be selling more electric cars in the United States than any other car company, including Tesla,” said Mary Barra.

Mary Barra said in an interview that in addition to launching high-end models, GM will also launch electric vehicles under $ 30,000. The company hopes to further gain more market share through high-end + low-cost strategy. As a leader in the era of fuel vehicles, General Motors has also worked hard to transform electrification. The company admits that it still has a long way to go and will continue to maintain its leadership position.

Three best strategies that GM hopes to use to surpass Tesla

Earlier last month, General Motors and Honda announced that the two countries would work together to develop a series of low-cost electric vehicles based on a new joint platform. This cooperation will take full advantage of the two companies’ advantages in technology, design and supply chain.

The electric cars, co-produced by GM and Honda, will include popular segments such as the compact electric crossover. The industry expects these electric vehicles to officially enter the market in 2027. In addition, to reduce costs and alleviate the burden on consumers, the two automakers will collaborate on electric vehicle battery technology in the future. This will help further reduce electrification costs. It will also improve the performance of electric vehicles and promote vehicle sustainability.

In addition, the two companies will work to standardize equipment and processes to achieve high-quality, low-cost vehicles through mass production. Looking at the upcoming GM models, there are relatively cheap ones. The 2024 Chevrolet EV and another electric car will start at less than $ 30,000.

Currently, the cheapest electric car from General Motors is the electric car Chevrolet Bolt, which starts at $ 31,500. For its rival Teslaits cheapest EV is the Model 3, which retails for $ 46,990 and the price of this car is also rising.

Among the electric vehicles that General Motors recently launched or will launch this year, the Chevrolet Silverado electric pickup is the cheapest, priced at $ 39,900. Higher-end models such as the Cadillac Lyriq and GMC Hummer electric vehicles are on the luxury market. These EVs are available with starting prices of $ 58,800 and $ 79,900 respectively.

In January this year, General Motors released an investment announcement totaling $ 7 billion. GM says it will invest more than $ 7 billion in four production facilities in Michigan by 2024 to increase production of electric pickups. According to the investment announcement, GM will invest $ 2.6 billion through the LG New Energy joint venture in Michigan to build a new battery plant.

There are also reports that the new battery plant covers an area of ​​about 260,000 square meters and will be operational by the end of 2024. It is also the third GM battery plant in the United States. The other two, a battery plant in Lordstown, Ohio and another in Tennessee, will go out of business later this year and in 2023, respectively. There is speculation that General Motors is likely to set up a new battery plant.

3. Working together: GM to cooperate with raw material companies

To accelerate the transformation of the electric vehicle business, GM is actually collaborating with a number of raw material companies. In December, GM formed a joint venture with the German company Vacuumschmelze (VAC) to build a plant in the United States. This plant will produce permanent magnets for electric motors for GM’s future electric vehicles.

GM also has a joint partnership with South Korean battery company POSCO Chemical. Both companies will build a plant in North America to process battery materials for GM’s Ultium electric vehicle platform. We understand that the joint venture will produce Cathode Active Material (CAM), a key battery material. According to GM, CAM accounts for about 40 percent of battery costs.

Conclusion: GM is struggling to move to electrification

GM has accelerated its electrification transformation by investing and collaborating in the field of electric vehicles. The company also has an established goal to “surpass Tesla”. It can be seen that this traditional car company is concerned about the transition to electrification.

However, from the current point of view, the difficulties facing GM are still severe. Of course, with the rise of General Motors, Tesla will not stand still. Tesla CEO Elon Musk has previously said he will launch the EV for $ 25,000. Although it is currently reversing, GM’s low-priced strategy will compete with Tesla. If GM launches a low-end model and it causes waves, Tesla will do the same. Whether it can surpass Tesla or not, it can reduce the gap and have a place in the wave of etrification.

How to surpass Tesla – Top 3 strategies by General Motors

9 low-impact exercises for all fitness levels

Yes, you can use the Tesla Cybertruck as a boat