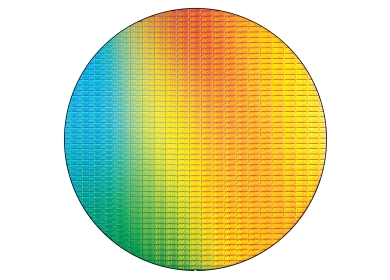 IQE, a supplier of sophisticated semiconductor wafers, has announced a strategic partnership with Porotech, a specialist in microLED and GaN based semiconductors.

The focus of the partnership is to develop, scale and commercialize Porotech wafer technology, which achieves all three colors (RGB) on a 200 or 300 mm GaN-based microLED plate, applications for which include AR / MR / VR, wearable devices , smart displays and large – scale direct view displays.

Together, the companies will develop and manufacture 200 mm production platforms as well as 300 mm wafers.

“This partnership marks IQE’s entry into the microLED market with a unique platform,” said IQE CEO Anerico Lemos. “As we stated in March 2022, we believe that the microLED market represents a significant opportunity for our business. IQE’s legacy in GaN epitaxy and our footprint in the production of large volumes of waffles, combined with PoroGaN’s PoroGaN micro-display technology platform, will create a fascinating and differentiated product offering.

user - July 18, 2022 0
IT
Verilog is the most popular hardware description language for a digital system. Any system such as a microprocessor, a network switch with memory...

Get the full weekly electronics guide

Ocean energy can makes waves in the renewable energy sector

Google Cloud’s core IoT service will be shut down soon