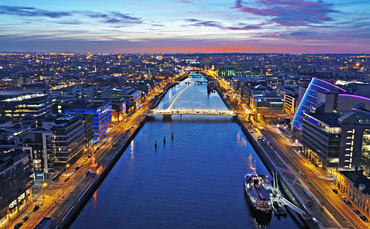 According to data from the Central Statistical Office of Ireland (CSO), data centers in the country now use more energy than all rural housing (12%) and are approaching urban housing (21%).

By any definition, Ireland has a large rural population: around 31.4% of the population lives outside urban areas, according to the CSO in 2019, although according to other indicators it is over 36%. This is well above the EU average of 27.3%.

How do data centers draw enough power to overshadow the needs of more than 1.5 million people? This is a combination of existing and new facilities being added to the grid, but the CSO claims that only a small number of Ireland’s approximately 70 data centers are responsible for most of the electricity use.

A combination of factors attracts internet giants such as Amazon, Microsoft, Google and Meta in Ireland. Skilled workforce, modern infrastructure and access to renewable energy, as well as government incentives as a low tax rate, are all parts of the picture.

And these multinational companies are not ashamed to invest. According to the Host industry group in Ireland, 10 new centers appeared online in 2021s € 7 billion spent on them over the last decadeand the same amount is again expected to be spent over the next five years.

These include two new facilities from Microsoft and two more from Amazon, all in and around Dublin. In February, the state energy company EirGrid put a ban for all other data centers connected to the Dublin area by 2028

And EirGrid expects demand to continue to grow: data centers can be responsible for up to 29% of Ireland’s total electricity consumption by 2028

On top of that, IT workloads continue to be more efficient. This is shown by the International Energy Agency data centers account for about 1% of the world’s total energy consumptionbut thanks to efficiency improvements, their consumption has increased by only about 10% in the last 10 years – although total workloads have increased by more than 9 times since 2012.

Toteable PC Is Inspired By Macs Of Days Gone By

user - October 17, 2022 0
Technology
The share price of South Korean internet giant Kakao plunged on Monday after a fire at a data center knocked out power on Saturday,...

Best Mattress for Back Pain in 2022