Newstechok.com
Home IT Is using Kaspersky a security risk? The US government is stepping... 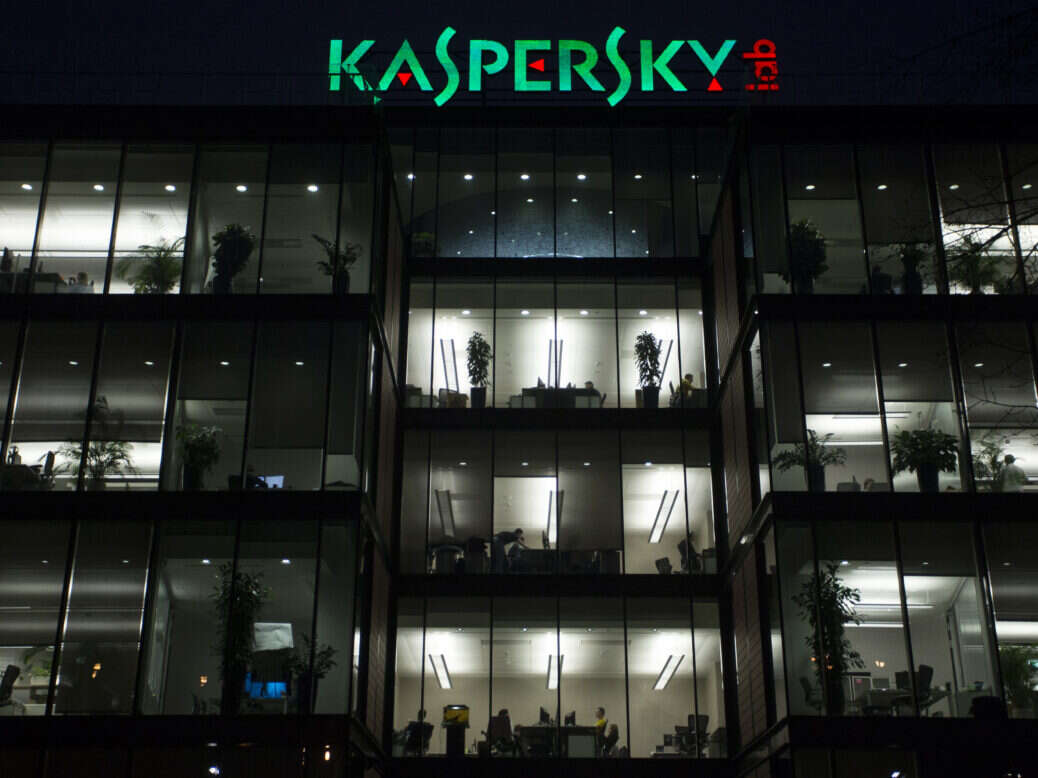 The US government has stepped up its investigation into Russian cybersecurity provider Kaspersky Lab as the war in Ukraine escalates, it has become clear. While government agencies across the Atlantic are now banned from using Kaspersky, critical national infrastructure providers and private companies are not. It remains to be seen whether Kaspersky will be completely banned by the United States, but security researchers say there is no evidence that the company has ever been pressured to help the Kremlin’s intelligence services.

The US government has accelerated Kaspersky’s national security investigation earlier this year, Reuters announced this week, citing three sources familiar with the investigation. Increased fears of Russian cyberattacks following its invasion of Ukraine led to White House intervention, sources said. Kaspersky says it is a privately run company with no ties to the Russian government.

Why is the US government investigating Kaspersky?

Kaspersky has been under investigation by the US Department of Commerce since last year for his ties to Russia. But the investigation has made little progress, prompting White House officials and other branches of the US government to call on the department to prioritize the investigation, Reuters said.

This new urgency may be due to the fact that the US government believes that Kaspersky’s software could potentially give the Russian government access to critical national infrastructure elements such as electricity networks, telecommunications infrastructure and managed service providers. These sectors “may be at higher risk,” said Alan Liska, head of the computer security incident response team at Recorded Futures.

Kaspersky was placed on a list of companies considered a threat to US national security by Federal Communications Commission in March. It is the only Russian company on the list that is dominated by Chinese telecommunications companies such as Huawei.

Other governments around the world have taken various actions against Kaspersky and other Russian technology providers. IN The German government has told businesses to stop using Kasperskyand on The Italian government has removed its system from public sector organizations. Kaspersky says both decisions are politically motivated. In March, the UK’s National Cybersecurity Center (NCSC) issued a warning urging British companies to consider the risk of using Russian software. That’s what NCSC technical director Ian Levy said the business had to be “realistic” about the possibility of attacks.

Is using Kaspersky a security risk?

US government agencies have been banned from using Kaspersky products since September 2017. It is reported that this happened after that Hackers working for the Russian government used Kaspersky Anti-Virus software to steal classified information from the National Security Agency in 2015. Kaspersky is investigating and said he found no evidence of such actions.

Two months later, however, MI6 raised concerns for Kaspersky’s software distributed by Barclays Bank to more than two million of its customers in the United Kingdom. the Lithuanian the government banned its use on sensitive systems and the Dutch government announcements it will discontinue the use of its software “as a precautionary measure”.

Despite widespread suspicion from law enforcement, there appears to be no real evidence that Kaspersky is harming sensitive systems, said John DiMaggio, chief security strategist at security analyst1. “As a cyberattack investigator, I want evidence before I can pass sentence,” he said. “If there was such a vital concern when the United States uncovered evidence in 2017 that it believed proved Kaspersky to be a threat to national security, why wasn’t the software banned everywhere?”

He added: “We cannot ban all companies based on their country of residence. For this reason, I doubt whether this is a political accusation based on Kaspersky’s Russian association.

Liska from Recorded Future says it is legal to raise questions about Kaspersky. “I think this universal concern has increased,” he said. “This is a real concern and it is therefore understandable why Kaspersky is banned within the US government. But, he says, “before we make a general statement like ‘no one should use Kaspersky,’ I think we need to see more evidence.”

Is using Kaspersky a security risk? US government ramps up investigation

CTO Dean Forbes on travel, diversity and advice for founders

Almost half of the companies are affected by the price increase

Frontier Developments board reshuffles as David Braben steps down as CEO...

user - August 11, 2022 0
IT
David Braben has stepped down as CEO of Frontier Developments, leading to a reshuffle of the board as CCO Jonny Watts has been...