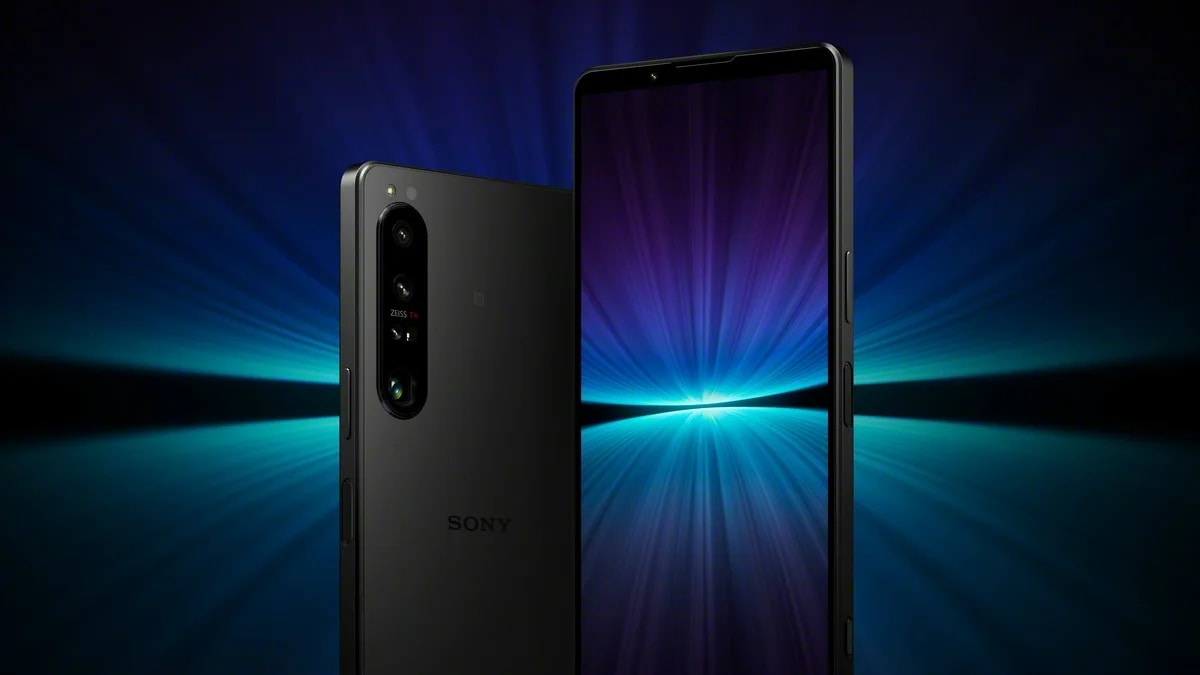 The flagship smartphone Sony Xperia 1 IV was launched on Wednesday and has a new telephoto lens with the ability to truly optical zoom. Sony has designed this smartphone as a powerhouse for content creation. It is packed with the latest technology in imaging, gaming and music to provide a truly immersive experience. The company is proud that “every aspect of content creation can be managed by Xperia 1 IV”. The company also unveiled a mid-range Xperia 10 IV, along with this flagship offering during a launch event.

The Sony Xperia 1 IV will arrive in the United States for $ 1,599 (approximately Rs. 1.23,500). Pre-orders will start today at 11:00 EDT / 20:30 IST and will start to be delivered around September. People in the United States will be able to buy it from authorized dealers and through the official Sony representative website. It is also expected to be available in selected countries in Southeast Asia from Q3 2022. This smartphone will arrive in black, purple and white.

The Sony Xperia 10 IV will cost $ 499 (approximately Rs. 38,500) for the model with 6GB of RAM + 128GB of built-in storage. It is expected to continue sale in selected countries in the regions of Southeast Asia from the third quarter of 2022. This smartphone will have options for black, lavender, mint and white.

This flagship smartphone from Sony boasts a 6.5-inch 4K HDR OLED display with bezels instead of a slot. The display has a refresh rate of 120Hz and an aspect ratio of 21: 9. For games, it has a sampling rate of 240Hz and 240Hz technology to reduce motion blur. Its RT recording feature allows gamers to share 30-second gameplay videos on their social networks. They can also use the Game Enhancer option to host a live broadcast on YouTube. It is powered by Snapdragon 8 Gen 1 SoC, combined with 12 GB of RAM and 512 GB of memory. This smartphone runs on almost standard Android 12.

Sony has set up a triple rear camera with three 12-megapixel Exmor RS image sensors, which include a 16mm ultra-wide lens, 24mm wide lens and the new 85-125mm telephoto lens with continuous optical zoom. This setting is capable of recording 4K videos at 120 frames per second and up to 5 times slow motion capture. At the front, the Xperia 1 IV is equipped with a 12-megapixel Exmor RS image sensor.

It features a 5,000 mAh battery with a fast charge function that is said to provide up to 50 percent of battery life in 30 minutes. Xperia 1 IV is equipped with stereo speakers that can play 360 Reality Audio. In addition, its Music Pro feature uses cloud processing to convert recorded audio to sound as if it were recorded in a professional studio.

This Sony Xperia 10 IV features a 6-inch full-HD + (1,080×2,520 pixels) OLED display with a 60Hz refresh rate. The display is protected by Corning Gorilla Glass Victus. The smartphone has a Snapdragon 695 SoC and runs Android 12.

Xperia 10 IV is equipped with a USB Type-C port and a 3.5 mm audio jack. The smartphone also supports dual-band Wi-Fi, NFC and Bluetooth v5.1 wireless connection. It has a long-lasting 5000 mAh battery.

How long does the Ring Doorbell battery last?

The heir to a tech billionaire is leaving his mark on Congress – the...

Amazon Pharmacy will have an impact on independent pharmacies