Newstechok.com
Home Technology Leidos can identify inflation as a factor, but quantification is more difficult 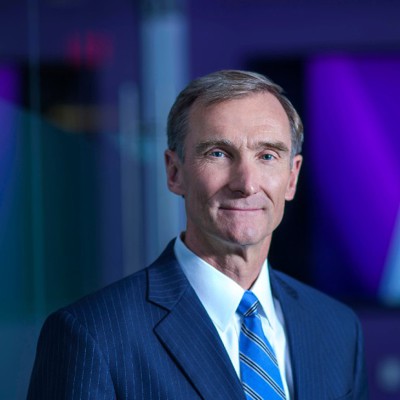 Inflation is a fluid and dynamic factor that every individual and business feels as they buy food, energy and other basic commodities.

However, measuring it and drawing conclusions is a different exercise, as the effects are not linear.

During Leidos’ first-quarter earnings talks on Tuesday, CEO Roger Krone told investors he found it difficult to determine whether “the government’s client generally understands the full impact of inflation on real budget growth.”

But Krone sees this impact as certain: rising fuel prices are an “immediate problem for DOD” as they become more active in operational activities to support Ukraine’s defense against Russia.

DOD usually buys fuel and other energy from its working capital fund, which shows how increasing costs in one aspect puts pressure on other areas.

“There are various things happening in macroeconomics that will reduce enthusiasm for increasing the top line,” Krone told analysts.

Inflation is not the only challenge for both the industry and the customers he hinted at. Deputy Secretary of Defense Kathleen Hicks in mid-April he outlined countless problems of mitigation and recovery of COVID-19, supply chain problems and increased production leading to increased costs.

But inflation is certainly at the forefront and at the center of everything. Hicks said the Pentagon has not yet seen an influx of requests for adjustments to contracts that reflect inflation, but companies and especially service companies like Leidos have some opportunity to work on the increases.

Leidos CFO Chris Cage said there was room for reconsideration and potential deviation from what he called “presumptive assumptions” in the beginning, even if the contracts were not protected from escalation.

“We take this estimate into account of inflationary cost increases when building our price point,” Cage said, adding that approximately half of Leidos’ contracts are cost-plus, with the customer sharing some of the burden.

Revenue for the first quarter rose 5.4 percent from a year earlier to $ 3.5 billion, while organic growth, excluding sales, was 4.4 percent. Profit was 8% lower to $ 358 million adjusted EBITDA (earnings before interest, taxes, depreciation and amortization).

The number two macro-factor that emerged during the conversation was the war in Ukraine, especially with the aforementioned strengthening of DOD’s operational activities and the additional costs of supporting its defense against Russia.

“But with that in mind, the conflict, I think, is probably bad for the industry in the long run. We are not at war, we are in business to provide a deterrent,” Krone said. “We will spend money now, but we will remove it from the future and I think this is bad for the country as well.

“It is certainly bad, in my opinion, for Europe, and I think it is really bad for the global community. We see more stratification of nations and a return to a three-pole world, and I’m not sure that’s really good for anyone. “

One security that emerges from this, as Krone sees it, is an increased defense budget “for the foreseeable future” as funding increases as different situations around the world arise.

Unlike previous years of budget compromises, what Krone calls an “iron rod” acts as a buffer between defense photography and civilian funding.

“Now we rarely see an increase in defense without a commensurate increase in the civilian side,” he said.

A single-family residence in San Jose is for sale for $1.7 million

What is happening in banking and finance?

View from the channel With Lucy Randall, Business Director, Jigsaw 24...

Building an automated invoice management platform brings in $16 million for...