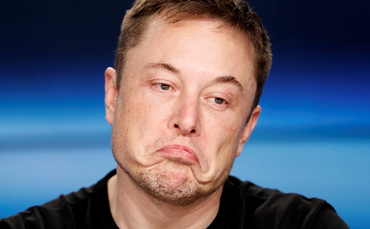 Elon Musk said his planned $ 44 billion purchase on Twitter was “temporarily withheld” pending an investigation into the number of bots and spam accounts on the social media platform.

A key tenet of Musk’s announced plans for Twitter is to remove spam accounts from Twitter and insist that all users be checked.

However, Twitter has taken steps to eliminate fake accounts in recent years, and if fake accounts are really less of a problem than he thought, as he hinted in a tweet, Musk’s strategy will have less of an impact than he could have hoped. .

In his Results for the first quarter of 2022posted in late April, Twitter estimated that such accounts make up only a small portion of its user base.

“We have conducted an internal review of a sample of accounts and estimate that the average of fake or spam accounts in the first quarter of 2022 is less than 5% of our mDAU [monetisable daily active users] during the quarter, “Twitter said.

“The Twitter deal has been suspended pending details to support the calculation that spam / fake accounts actually account for less than 5% of users,” Musk tweeted.

It is unclear whether the issue will lead to the end of the deal or simply to rethink aspects of the planned purchase.

Musk has made a number of vague comments about how he would like to transform the financial aspects of the business, including charging “small sums” to businesses and government consumers and reducing their dependence on advertising, but the fact remains that Twitter has $ 5 billion in debt and earns only about $ 5 billion a year, and his plans include borrowing a significant amount of the purchase price. Musk also sold $ 8.5 billion in shares to Tesla, possibly to fund a Twitter deal.

In addition, Twitter is likely to face several legal hurdles as content battles emerge on social media platforms, including the EU.

The news of the break comes a day after Twitter fired two top executives – one during his paternity leave – and announced a job freeze.

CEO Parag Agraval said the company had missed its revenue targets and needed to expand its customer base and revenue.

Shares of Twitter fell 20% in pre-market news trading. Meanwhile, shares of Tesla, which fell after Musk announced plans to buy Twitter, rose about 5%.

Do some of the 9/11 responses have a new kind of dementia?

user - July 2, 2022 0
Technology
Rodrigo Moctezuma UK&I INK and Media Category Manager, HP Inc. What is the most pressing issue preventing progress with diversity today that no one is talking...

Taulia and Standard Chartered come together to collaborate on working capital...

How to see everything Microsoft knows about you and turn off...