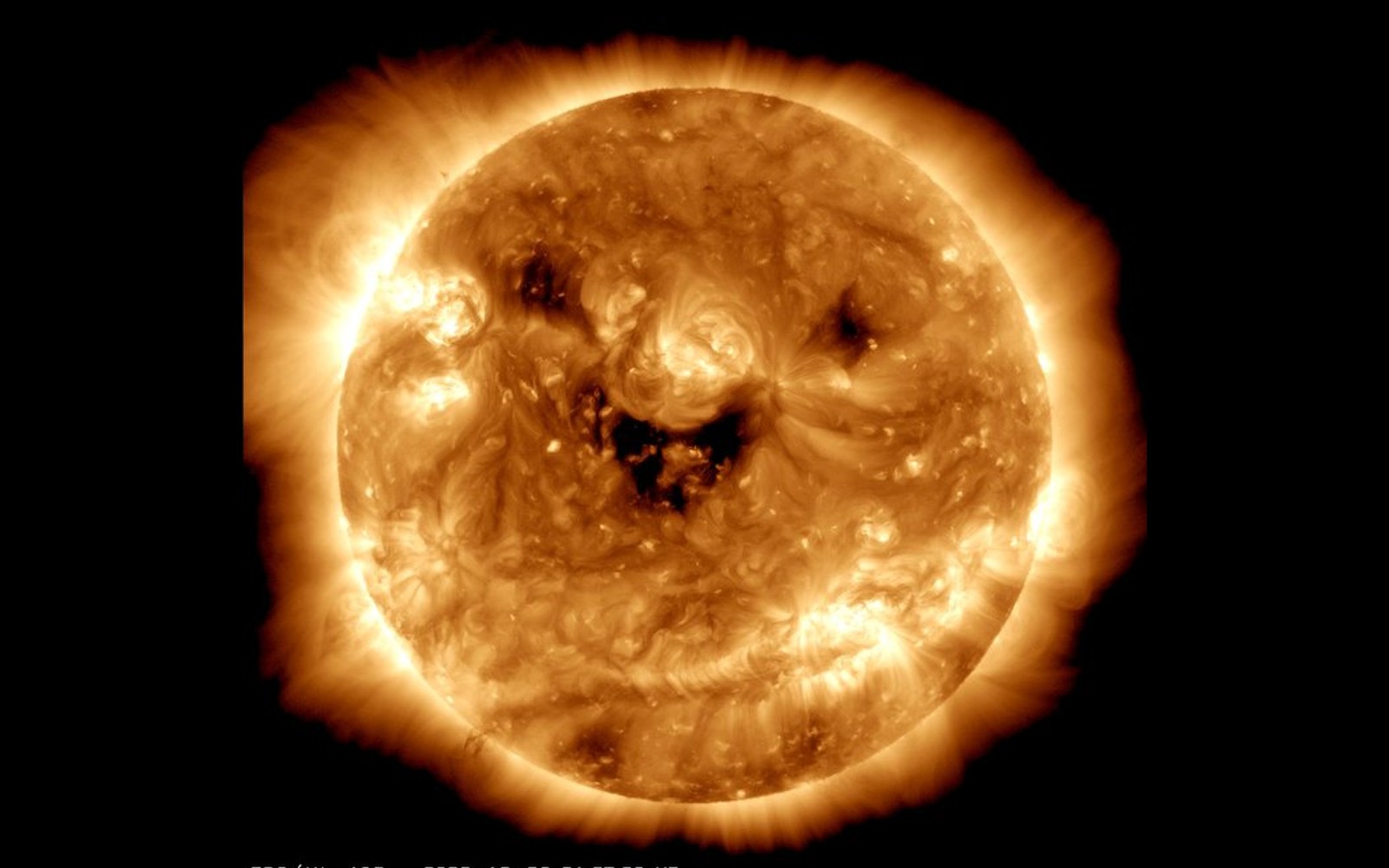 It’s been a busy week for NASA in the days leading up to Halloween. In the spirit of the season, the agency recently released a new image of the Eagle Nebula taken by the James Webb Space Telescope, where . Coincidentally, NASA’s Solar Dynamics Observatory was able to capture a similarly ghostly image of the sun.

On Wednesday, the agency shared footage of a “smiling” sun. Like more than a few Twitter users were quick to point out how the star looks like a in the NASA image. There is some interesting science behind the resemblance. “Seen in ultraviolet light, these dark spots on the sun are known as coronal holes and are regions where the fast solar wind gushes out into space,” according to NASA. The sun constantly sends out solar winds. Sometimes these geomagnetic storms have been known to knock out electricity here on Earth, as was the case in part of Canada in .

This is not the first time that the Solar Dynamics Observatory has taken an interesting photo of the sun. In 2016, NASA released an animation of the sun making . The capture is the result of a seven-hour maneuver that SDO completes once a year to take a precise measurement of the star’s edge.

TROPICS: Watch area in the northern Gulf of Mexico

After the invasion of Ukraine, the US deterrence strategy is outdated?

65A at 600V from finger press terminal block

Apple hints that the iPhone 15 with a USB-C port will...

Apple iPhone 14 Pre-Debut Price Supposed to Be Same as iPhone...