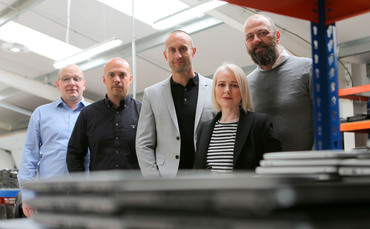 Irish IT recycling company seeks to “consolidate the ITAD market in the UK and Europe” after winning a £ 11 million investment from MML Growth Capital Partners Ireland.

Vyta (formerly known as AMI) also announced this morning that it had made its first acquisition as part of a strategy, grabbing ITAD FGD with 37 Essex-based employees.

Counting IBM and SAP CSI partner and business communications specialist Arrow Business Communications among its other portfolio companies, MML says it has a “strong focus” on the circular economy.

Vyta says it already serves a quarter of Ireland’s 200 leading ICT consumers, with the FGD deal boosting proforma revenue to 2022 by £ 16 million. It has a revenue target for 2026 of £ 30 million.

“The European ITAD sector is a fast-growing but fragmented market that represents a significant opportunity for the Vyta Group,” said Neil McGowan, partner at MML Growth Capital Partners Ireland.

“We are impressed by the company’s management team and their experience in growing the business so far, which, together with the investment and support of MML, positions Vyta optimally as a consolidator in the market.”

McMichall added: “MML not only shares our ambitions for growth, but also our ethos of sustainability and commitment to growing the circular economy. Funding, together with their knowledge and experience, will be vital to us as we embark on our strategy to consolidate the UK and the European ITAD market. “

Louisiana becomes first state to receive internet for all subsidies

Allyship: Unlock the power of diversity in your organization IT workforce and diversity

Lomi review: A great countertop composter — if you’ve got the...

Facebook Gaming’s new Clips to Reels feature is out for all...