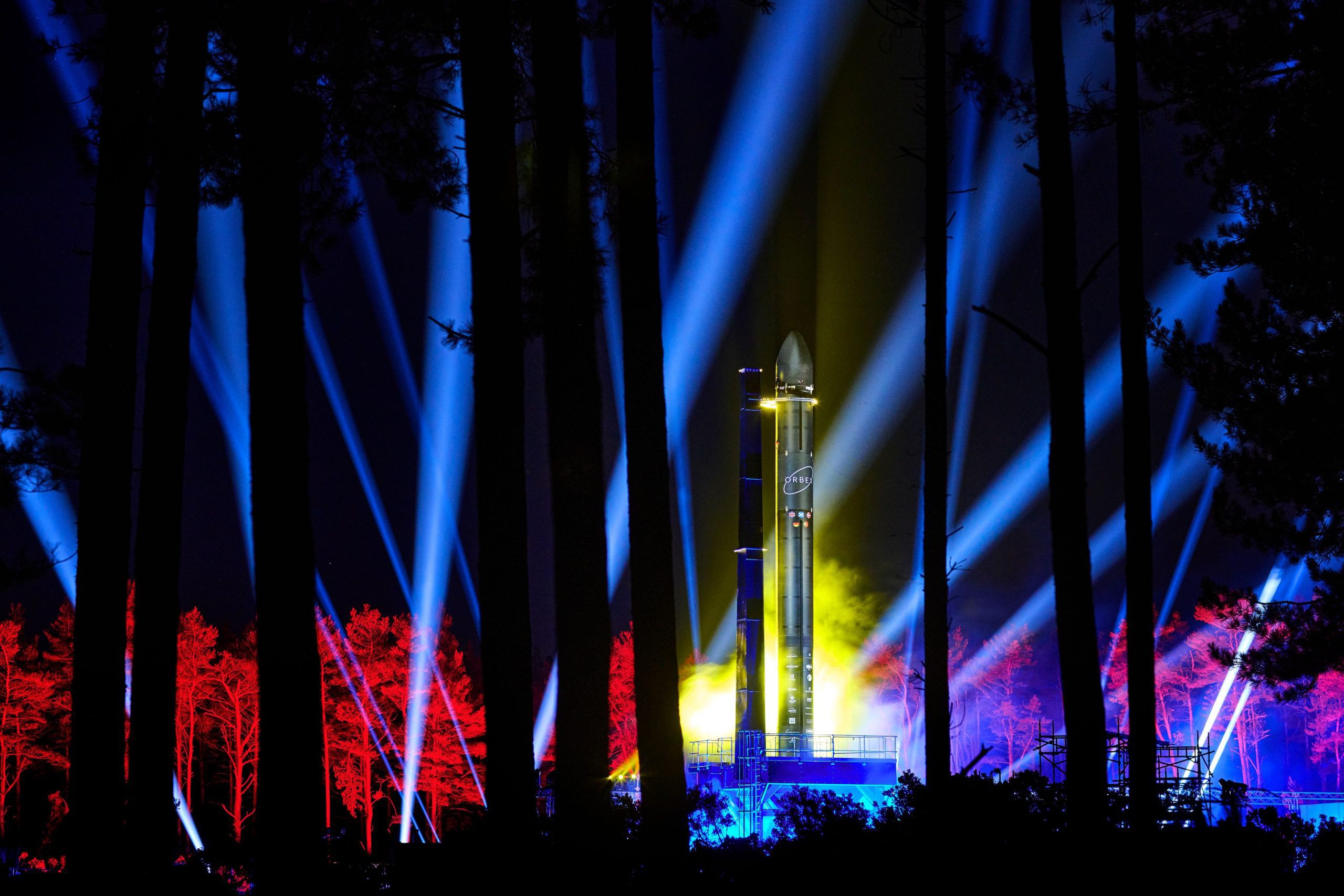 For the first time, Orbex has publicly presented the first full-scale prototype of the Prime orbital space rocket at its special launch site.

The introduction of the first-generation European launch vehicle – designed to launch a new category of very small satellites – is a major step forward for the British rocket company as it prepares for the UK’s first ever vertical rocket launch. Orbex’s Prime missile is the first “micro-launcher” developed in Europe to reach this stage of technical readiness.

With the first full integration of the Orbex rocket on the launch site, which has already been completed, the company is able to enter a period of integrated testing that allows rehearsals for rocket launches and the development and optimization of launch procedures. Orbex recently unveiled its first test launch platform at a new test facility in Kinlos, a few miles from the company’s headquarters in Forres, Morea, Scotland.

Prime is a 19-meter two-stage rocket powered by seven engines, designed and manufactured in the United Kingdom and Denmark. The six rocket engines of the first stage of the rocket will propel the vehicle through the atmosphere to a height of about 80 km. The single engine of the second stage of the rocket will complete the journey to low Earth orbit (LEO), allowing the launch of payloads from small commercial satellites into Earth orbit.

Uniquely, Orbex Prime is powered by renewable biofuel, bio-propane, supplied by Calor UK. This fuel allows the rocket to significantly reduce carbon emissions compared to other rockets of similar size developed elsewhere in the world. A study by the University of Exeter found that a single launch of the Orbex Prime rocket would result in 96 percent lower carbon emissions compared to comparable space launch systems using fossil fuels. Prime is also a reusable rocket that is designed to leave zero debris on Earth and in orbit.

“I am deeply impressed with the speed with which the Orbex Prime rocket was developed. This is the first complete orbital micro-launch vehicle in Europe. But I’m just as impressed with the low-carbon footprint technology involved. My sincere congratulations to the entire Orbex team for this impressive achievement. ”

“We are on the verge of a historic moment, with Orbex playing a leading role in generating a brand new start-up capability in the UK, while creating opportunities for people and businesses across the country. I can’t wait to see Prime take off from Space Hub Sutherland. “

The Minister of Science of the United Kingdom George Freeman:

“This is an extremely exciting time for the UK space and satellite sector, as we count down to the first satellite launches from the UK spaceports. Orbex Prime is a remarkable engineering achievement of a British rocket company, a pioneer in more sustainable and innovative fuels that reduce carbon emissions. It is also fantastic to see Morebe-based Orbex create more high-quality jobs, demonstrating the value of our thriving space sector to support emerging innovation clusters to help level the UK.

The market for small satellites is growing rapidly as a wide range of new small satellite constellations are being developed and implemented. Micro-starters such as Orbex Prime provide satellite manufacturers with a special launch service, unlike larger, ‘rideshare’ starters, where small satellites are often a secondary payload and often face significant delays.

“This is an important milestone for Orbex and emphasizes how far we are on our path of development. On the outside it may look like a regular rocket, but on the inside Prime looks like nothing else. To deliver the productivity and environmental sustainability we wanted from 21st Rocket of the century we had to innovate in a large number of areas – low-carbon fuels, fully 3D printed rocket engines, very light fuel tanks and new low-mass reuse technology.

Orbex is a UK-based space flight company based in Scotland, manufacturing and testing facilities and design and testing facilities in Denmark. Orbex staff members have professional experience at NASA, ESA, Ariane and several commercial spaceflight organizations. The company is now funded by two of the largest and most active venture capital funds in the UK, BGF and Octopus Ventures, which join two of the largest venture capital funds in Europe, Heartcore Capital and High-Tech Gründerfonds. , as well as strategic investor Elecnor, the parent company of Deimos Space, the UK Space Agency (UKSA), the European Space Agency (ESA) and the European Commission’s Horizon 2020 program.

Twitter is asking Elon Musk to hand over his text messages