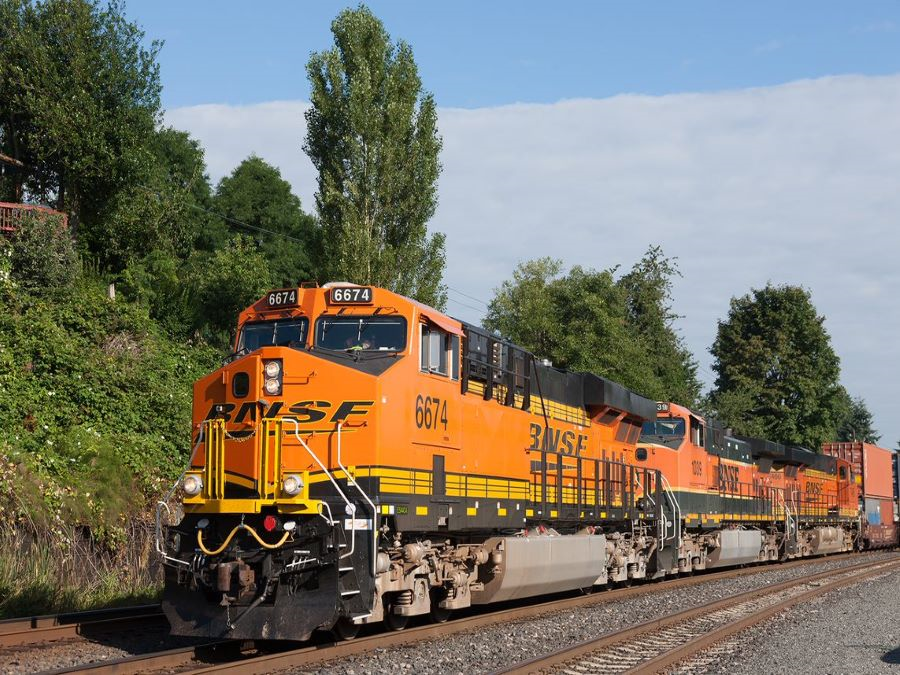 Biofuel is a renewable alternative to petroleum diesel, which burns cleanly and improves air quality. The use of renewable fuels provides energy security as well as safety benefits.

Pascal Schweizer, President of Global Freight Services at Wabtec, says: “Our customers make ESG their top priority and we are proud to partner with them to develop the comprehensive set of tools needed to achieve their goals. reducing emissions.

“We are looking at all solutions to allow cleaner trains: modernization and modernization of engines and locomotives, digital solutions, batteries and hydrogen fuel cells, next-generation HVAC and braking systems.

Last year, the North American railway company BNSF conducted a pilot project with a Wabtec battery-electric locomotive, who was in trade service between Barstow and Stockton in California, USA. It was the first battery-powered electric freight locomotive in North America.

The pilot demonstrates an 11% reduction in fuel consumption and greenhouse gas emissions compared to standard diesel units operating on the same route.

There are about 11,000 Wabtec Evolutions series engines running today on the railways, Wabtec’s industry-leading fuel-efficient locomotive. Companies will now test blends with a higher percentage of biodiesel and renewable diesel.

Biodiesel and renewable diesel are both types of biofuels and are sometimes referred to as renewable diesel derived from hydrogenation, or HDRD. While both use the same feed material, the way they are processed into the final product differs.

While biodiesel is considered readily available in the United States, access to renewable diesel is more widespread in California. The economic viability of biodiesel is better, but there may be supply problems.

While biofuels do not reduce greenhouse gas emissions from the locomotive train, they reduce carbon intensity due to the fuel source – such as plants – capturing CO2 in the biofuel life cycle.

Schweizer says: “In addition, biofuels allow the railways to continue to use their existing diesel fleet, which is a great game of sustainability. This is exciting because reducing emissions from biofuels requires only minor modifications to our engines. ”

Biofuel on the way to the future

However, there are challenges in the use of biofuels, such as uncertainty about the long-term effects on emissions, reliability and fuel consumption. Biofuel is currently considered an essential short- and medium-term solution that allows the railway industry to continue to use the existing diesel fleet while reducing emissions.

The availability of fuel mixtures and the lack of fuel standards in the industry may also raise concerns.

BNSF and Wabtec will test biofuel in the second quarter of this year to demonstrate biodiesel performance of 20% and renewable diesel of 55% in the revenue revenue service of the Wabtec Evolution series locomotives. The locomotives will be operated by the BNSF between Barstow and Los Angeles in California, USA.

Through the introduction of low-emission locomotives, such as Wabtec Tier 4 cordless electric locomotives and the use of alternative fuels, the company aims to help customers reduce their carbon footprint.

The company also hopes to develop next-generation energy systems, such as battery and hydrogen, to achieve net zero. These systems will help the railway industry maintain its reputation as the most carbon-efficient way of freight transport by land.

“Each of our customers has a different fleet mix, so there are different technologies that will be used depending on how their routes are run, their terrain and energy needs,” says Schweizer.

Here is the exact battery capacity of the iPhone 14 series

Using a free antivirus program? Here’s what it could cost...

Monkeypox is in Bay Area sewage

63% of SME owners are looking for business partners, a survey...