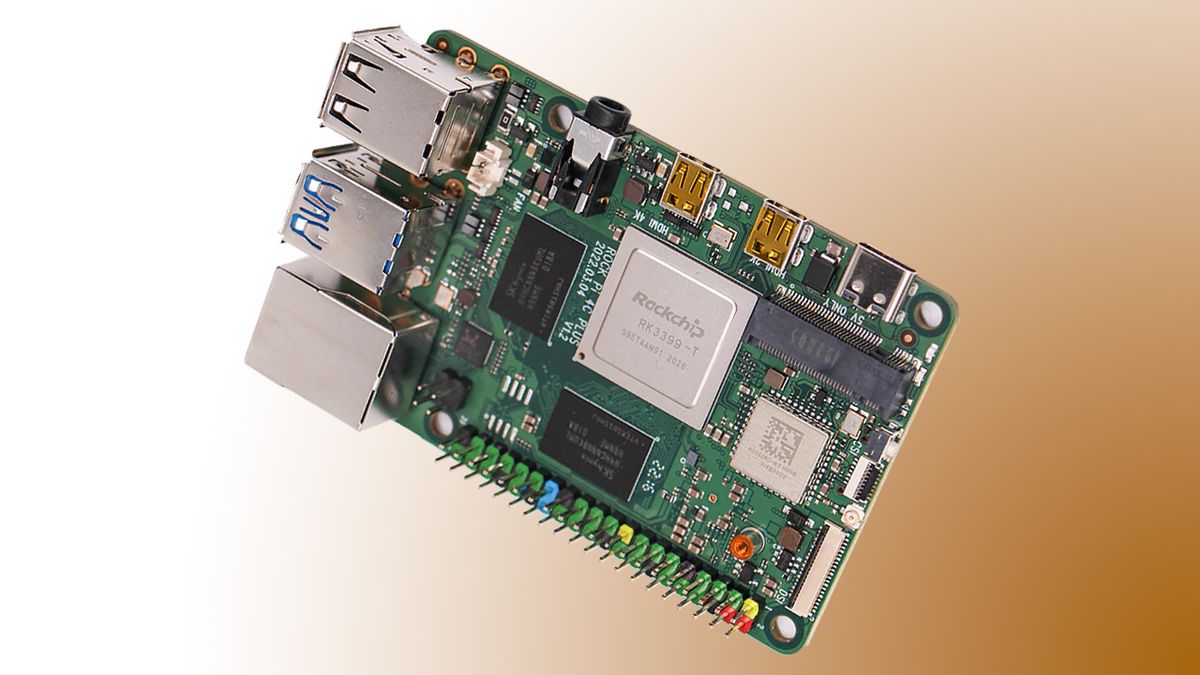 A new board has appeared in the family of Rock Pi 4 from Raspberry Pi alternatives – presented to our attention by CNX software. This is the Model C +, which uses low-power processor cores in its SoC to reduce the cost of its own big brother, the Model B +.

There are a few other differences in that C + has two micro HDMI ports instead of the full-size B + and does not have the built-in flash memory that is a feature of B +, but otherwise looks similar.

Storage comes via a Micro SD card slot, although there is also an unoccupied eMMC socket that can take up to 128 GB, and the M2 socket can hold a 2TB SSD with a transfer rate limited by the PCIe 2.0 x4 interface. It has a gigabit Ethernet port, with additional HAT to add PoE capability, as well as Wi-Fi (dual-band AC) and Bluetooth. The expansion comes via two USB 3 and two USB 2 ports, plus a 40-pin GPIO array. And there is even a power button.

Speaking of which, you’ll need to power C + 5V at 5A via the USB-C port if you want to use an SSD, but the board is satisfied with 5V at 3A if you don’t. The board measures only 3.3 x 2.1 inches (85 x 54 mm) and will work with Debian, Ubuntu, Android (7, 9 or 11) officiallywith open source graphics drivers coming through Panfrost.

HDMI ports are worth looking at secondarily, as they support different resolutions. One can control 4K at 60Hz, while the other is limited to 2K at the same refresh rate. There is also a MIPI connector for additional screens and tape connectors for the camera, as long as you are fine with a maximum resolution of 8MP.

Scientists reveal the true identity of a Chinese octopus

Apple TV 4K with 32 GB of storage drops to the lowest level of...

What is refresh rate?

Apple CarPlay can be a Trojan horse in the automotive industry

The Very Group adopts a data catalog to better organize and...