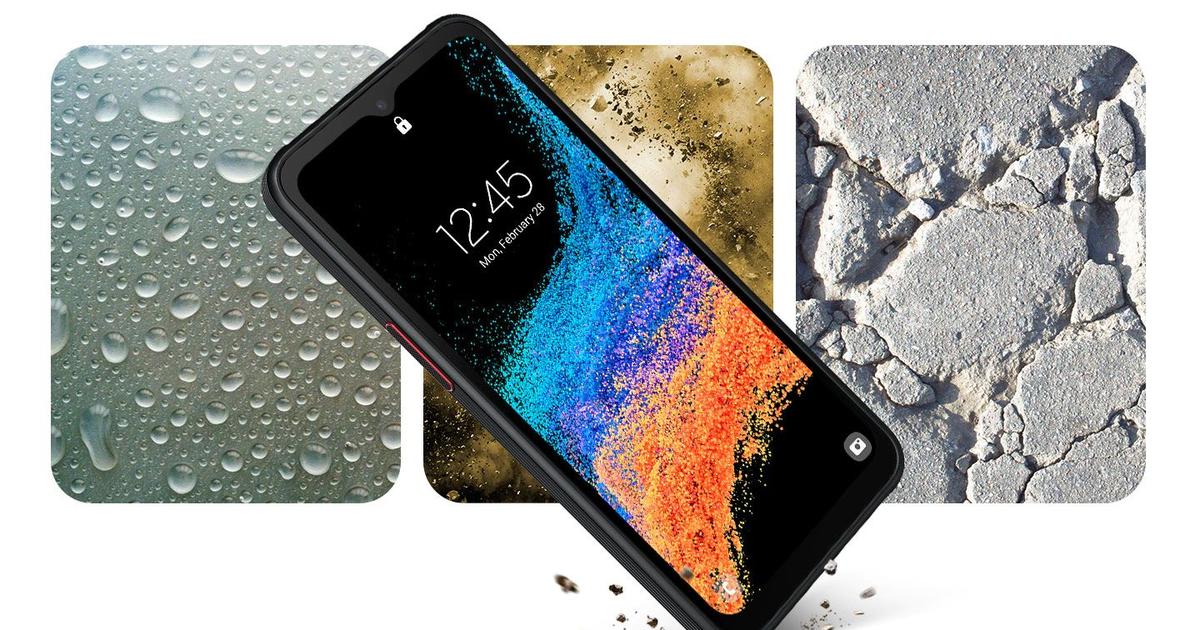 After the usual barrage of online leaks, Samsung has officially pulled back the curtain on a new rugged phone for enterprise users. Designed for reliability and versatility in the field, the Galaxy XCover6 Pro comes with a user-replaceable battery, the ability to act as a mini computer, and 4K video recording capabilities.

Built for today’s on-the-go workforce, the Galaxy XCover6 Pro is certified to MIL-STD-810H durability standards to withstand the abuse similar phones can take in industrial or extreme locations.

It’s also IP68 rated, meaning it can withstand being submerged in a drink up to 1.5m (5ft) for 30 minutes, and its screen is covered with scratch-resistant Corning Gorilla Glass Victus+. Yet despite its rugged credentials, the phone eschews the usual ugly brick design for the consumer phone aesthetic, coming in at just 9.9mm (0.38in) thick and tipping the scales at 235g (8.2oz).

That screen takes the form of a 6.6-inch FHD+ (1080 x 2408) LCD display with a 20:9 aspect ratio and a responsive 120Hz refresh rate. And the sensitivity of the sensor input can be adjusted to accommodate use in wet conditions.

When it comes to performance, it’s not an Android flagship for 2022. It is powered by a Qualcomm Snapdragon chipset. But not the latest and greatest, but the 778G with a 6-nm octa-core processor and 5G mobile network for more productivity on the go. The Pro only comes with 6GB of RAM and 128GB of storage, but optional microSD expansion can be up to 1TB. Wi-Fi 6E and Bluetooth 5.2 are also included.

For the hybrid worker, Samsung has included its own DeX technology to allow the smartphone to be connected to a desktop monitor, keyboard and mouse for a sort of PC experience.

There’s a 13-megapixel selfie camera with a notch on the front for video chats with the boss while you’re in the field, and a dual-camera setup on the back that includes a 50-MP F1.8 primary and an 8-MP F2.2 ultrawide. The phone can reportedly record 4K UHD footage at 30fps or 240fps slow motion at Full HD resolution.

Helpfully, Samsung has equipped its latest rugged phone with a user-replaceable 4050mAh battery for up to 18 hours of online browsing or 44 hours of talk time. This charges via USB-C, although a POGO pin connection is included for charging multiple devices if needed. The user can even carry a spare for continuous potential for around-the-clock operation.

Security features include facial recognition and fingerprint scanning, the handset features Samsung’s Knox platform, which “works as a vault with hardware-based protections” to keep business and user data safe, while IT administrators can also manage the integrity of the device as an additional level of protection.

Knox Capture allows the smartphone to be used as a barcode scanner, the device features two programmable keys for customized business-specific functionality, and the direct call function can facilitate walkie-talkie-like operation, aided by dual microphones and “on -higher-than-ever” Dolby Atmos speakers.

The Galaxy XCover6 Pro runs Android 12 out of the box, with the promise of at least four OS upgrades and five years of security updates for extended lifespan.

No price has been revealed at this stage, but Samsung says the rugged enterprise smartphone will be heading to Europe, Asia and the Middle East markets from next month, followed by other regions at a later date.

What is Slack App & How to Use It to Improve Productivity?

MultiVersus Season 1 starts on August 15th after a short delay

Cumbria colliery should not be suitable for a new secretary with...

Cockatoos work to outwit humans in escalating trash can wars