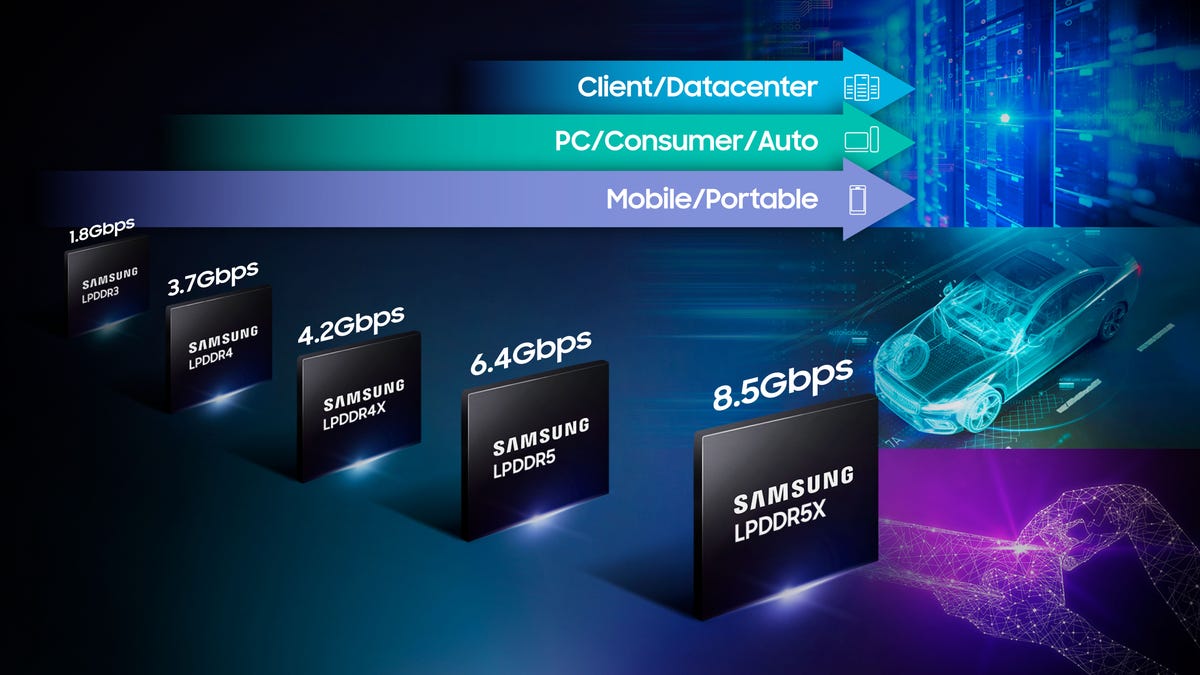 Samsung said on Tuesday that it has verified the speed of 8.5 Giga bits per second (Gbps) of its 14-nanometer (nm) LPDDR5X DRAM on Qualcomm’s Snapdragon platform.

The DRAM used for the test was an 8GB pack made with the company’s extreme ultraviolet (EUV) process with Qualcomm’s latest Snapdragon platform.

Samsung, the world’s largest maker of memory chips, stressed that it tested the speed just five months after achieving 7.5 Gbps.

The higher speed meant LPDDR5X DRAM could be used in applications other than mobile, Samsung added.

The lower power consumption of these chips is attractive to consumers because they save on total cost of ownership, Samsung emphasized.

The company said it implemented its own proprietary design that improves input/output signals, which minimizes noise between the memory chip and the processor.

Meanwhile, Samsung’s chip business is expected to report its lowest earnings in nearly three years in the third quarter.

Earlier this month, the company said it estimates its total operating profit for the quarter fell 31.73% from a year earlier, which analysts said was caused by lower demand for memory chips.

The best and worst stretches for you according to fitness trainers

Increasing the production level of medical devices through technology

iPhone 14 Pro packs a lot more innovation for the same price as last...

Do not hold the PS5 upright! A critical design flaw will destroy it!

Traffic deaths are on the rise due to risky driver behavior,...

The Mobile County Commission voted in favor of building TopGolf