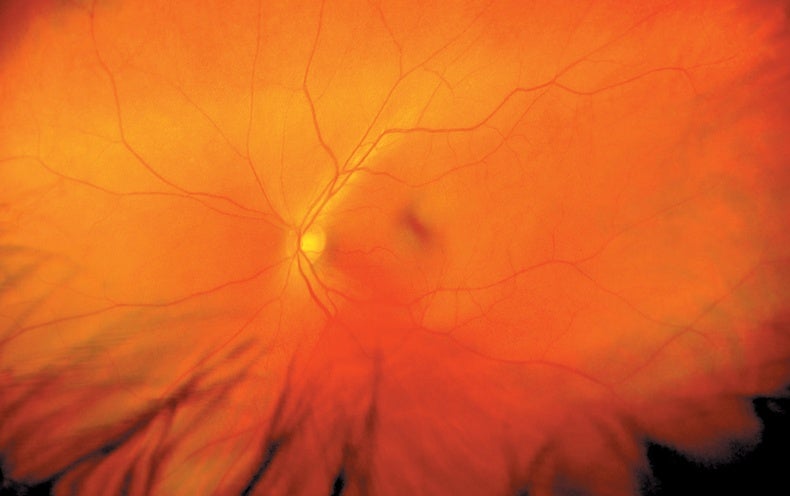 Few biological facts seem as irreversible as brain death. It has long been assumed that when we die, our neurons die with us. But a new study on eye tissue with neurons is beginning to challenge that dogma.

In the new work, researchers recreated electrical activity in the human retina—the light-sensitive nerve tissue that sits at the back of our eyes and communicates with our brain—from recently deceased organ donors. This achievement, announced in Nature, offers a better way to study eye diseases like age-related macular degeneration, a leading cause of vision loss and blindness. It could also lay the groundwork for reviving other types of nerve tissue and perhaps—one day—retinal transplants.

Most research on the retina is done in animals, mostly mice. But mouse retinas lack the macula, a key region in human eyes that picks up fine details, so they’re not an ideal model. Human eye tissue from autopsies often takes hours to obtain and is dead before scientists can study its function. But what if you could revive it?

When researchers at Yale University showed in 2019 that rudimentary electrical activity could be restored in pig brains after death, University of Utah vision scientist Frans Winberg, Scripps Research retinal surgeon Ann Haneken and their colleagues were inspired to investigate whether retinal tissue can also be regenerated postmortem.

For the purpose of the study, the researchers first tested how long the mouse retina could send electrical signals after the animals were euthanized. They were able to restore this activity up to three hours later and found that the lack of oxygen was the main factor in the irreversible loss of function. Next, they examined human eyes that the researchers received from organ donors very soon after brain or heart death. Scientists transport the eyes to the lab in a container that supplies oxygen and nutrients, then expose the retinal tissue to subdued light and measure the electrical signals generated by the tissue. They were able to restore electrical activity in light-sensitive cells called photoreceptors, as well as in the neurons these cells connect to, in the donor’s eyes — if the eyes were obtained less than 20 minutes after death. Of course, the eyes couldn’t “see” because they weren’t connected to the brain, Haneken notes. But the results show that it is possible to restore not only individual cells of the retina, but also the communication between them.

“What’s most exciting is that this could really become a model for studying visual physiology in the human retina, in health, in aging and in disease,” says Joanne Miller, head of ophthalmology at Mass Eye and Ear and the Department of Ophthalmology at Harvard Medical School, who was not involved in the new study. Macular degeneration, for example, has until now been difficult to study because living human eye tissue has been impossible to access. Using this new technique, scientists could study healthy and diseased donor eyes to understand their function and test treatments.

The team’s findings also suggest that it may be possible to regenerate other types of nerve tissue. “The retina is a window to the brain, so if you can restore communication in the retina after death, it makes you stop and think about what kind of communication you could restore in the brain,” Haneken says. The study further raises the prospect of retinal transplants, although they are likely still a long way off, the researchers say.

This new work illustrates the importance of donor tissue for basic science. “We are very grateful to the donors and their families,” says Winberg. “We hope this will encourage people … to check that box on their driver’s license and also be willing to donate tissue for research.”

user - July 31, 2022 0
Science
The newest member of Heimplanet's family of tents designed to "unroll, inflate and go!" is designed specifically for ambitious couples who like to be...

If the T. Rex’s Beady-Eyed Glare terrifies you, it should