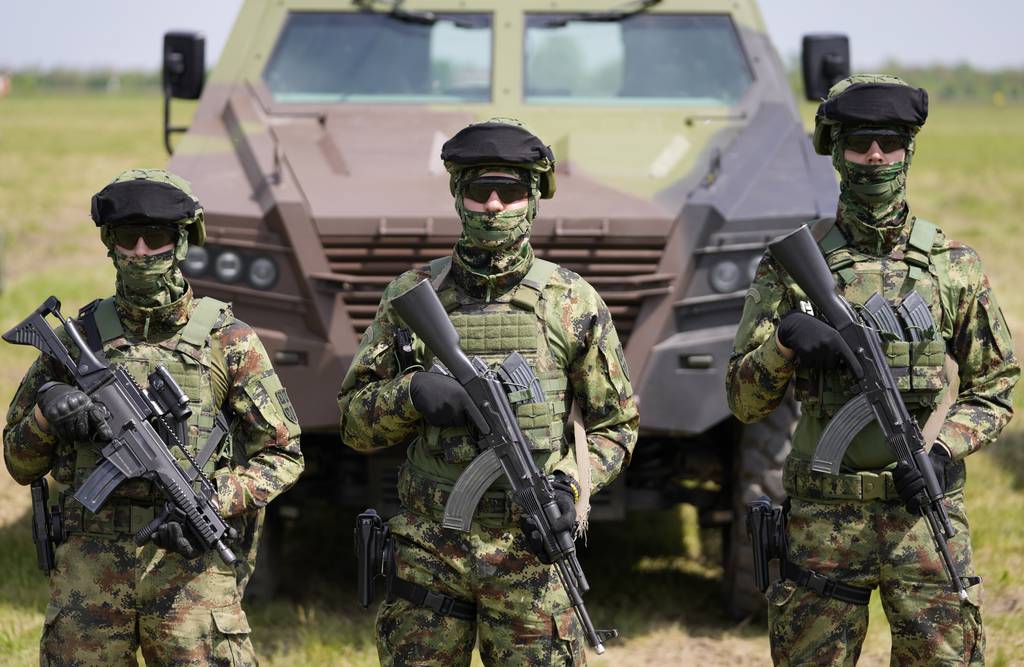 Serbia Serbia has publicly demonstrated a recently delivered Chinese anti-aircraft missile system, raising fears in the West and among some of Serbia’s neighbors that stockpiling weapons in the Balkans could threaten the region’s fragile peace. (Darko Voinovic / AP)

BELGRADE, Serbia – On April 20th, Serbia publicly demonstrated a recently delivered Chinese anti-aircraft missile system, raising concerns in the West and some of Serbia’s neighbors that stockpiling weapons in the Balkans could threaten the region’s fragile peace.

The advanced HQ-22 ground-to-air system was recently delivered by a dozen Chinese People’s Liberation Army Air Force Y-20 transport aircraft, which was considered to be the largest ever supply of Chinese weapons by air to Europe.

Although Serbia is officially seeking membership in the European Union, it is armed mainly with Russian and Chinese weapons, including T-72 battle tanks, MiG-29 warplanes, Mi-35 attack helicopters and drones.

As early as 2020, US officials warned Belgrade not to buy HQ-22 missile systems, the export version of which is known as FK-3. They said that if Serbia really wants to join the EU and other Western alliances, it must bring its military equipment in line with Western standards.

Serbian President Aleksandar Vucic said at the end of a weapons demonstration at a military airport near Belgrade that Chinese missiles, as well as other recently delivered military equipment, posed no threat to anyone and were only a “powerful deterrent” against potential attackers.

“We will no longer allow ourselves to be a punching bag for anyone,” Vucic said, apparently referring to NATO’s 78-day bombing of Serbia for its bloody crackdown on Kosovo Albanian separatists in 1999.

Serbia, which was at war with its neighbors in the 1990s, does not recognize Kosovo’s independence, declared in 2008. It still has frosty relations with NATO members Croatia and Montenegro, as well as with Bosnia, whose separatist Bosnian Serb leader Milorad Dodik attends military exercises.

Vucic said Serbia is also negotiating the purchase of French Dassault Rafale multi-role aircraft, as well as British Eurofighter Typhoon fighters. He said only “political obstacles” could prevent the purchase of Western planes.

There are widespread fears that Russia may push its ally Serbia into armed conflict with its neighbors in an attempt to at least partially divert public attention from the war in Ukraine.

Although Serbia voted in favor of UN resolutions condemning Russia’s bloody attacks on Ukraine, it has refused to join international sanctions against its allies in Moscow or outright criticize the apparent atrocities committed by Russian troops in Ukraine.

The one subscription trick all cord cutters need to know

Scientists are developing a new system for predicting a volcano, successfully predicting an eruption...

The best green products for July 2022

The difference between electronic distortion and noise

Ferrite beads are the first to reach 20A