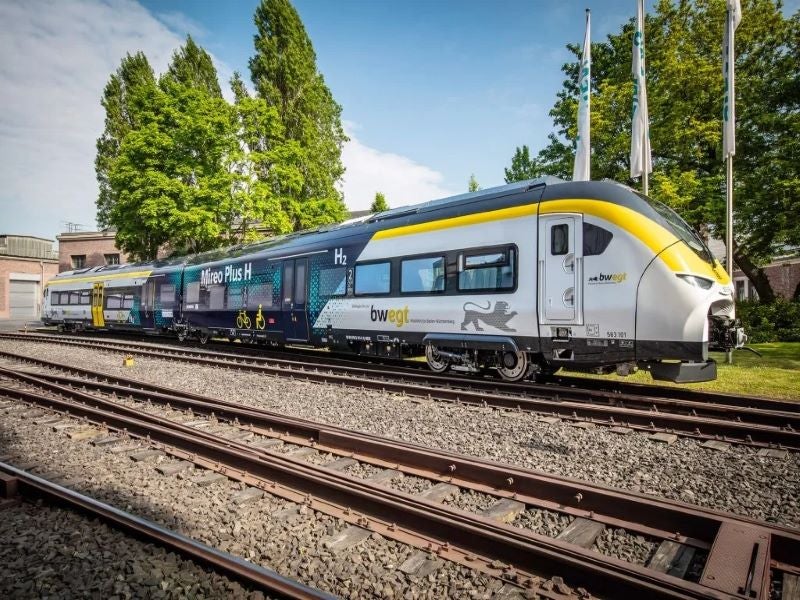 Deutsche Bahn (DB) and Siemens Mobility have revealed a next-generation hydrogen-powered train called the Mireo Plus H, designed for the H2goesRail project in Germany.

The companies also unveiled a trailer for a hydrogen storage tank for fast mobile refueling by DB. These components of the H2goesRail project were demonstrated at the Siemens facility in Krefeld, Germany.

The Mireo Plus H train and its new infrastructure have been developed to replace multi-module diesel trains in urban and regional transport, as well as to reduce rail-related CO2 emissions to zero.

The Federal Ministry of Digital Technology and Transport (BMDV) has provided € 13.74 million for the H2goesRail project under the National Innovation Program for Hydrogen and Fuel Cell Technology (NOW GmbH).

Siemens Mobility CEO Michael Peter said: “With Mireo Plus H, we have developed the next generation of hydrogen-powered trains that offer particularly long operating ranges and faster acceleration.

“Each delivered train can save up to 45,000 tons of CO2 for its 30-year service life compared to the corresponding car trip.

With a modern hydrogen propulsion system, the two-car train will include a fuel cell and a lithium-ion battery.

The train will enter passenger services between Tübingen, Horb and Pforzheim in 2024, after the end of the test phase. It is expected to travel about 120,000 km in its service.

Using green electricity taken directly from the overhead power line, DB will produce hydrogen in Tübingen. The DB maintenance depot in Ulm will be equipped to service the train accordingly.

Retirement of A-10, more F-35 of the Air Force in the Senate Defense Policy...

Smoking meat finds a natural home in the cloud

Guides from Nvidia and Equinix on AI for scaling

The AMD engineer carries a road trace to return to Castle...

How to Get Your Chromebook to Use the New Chrome OS...