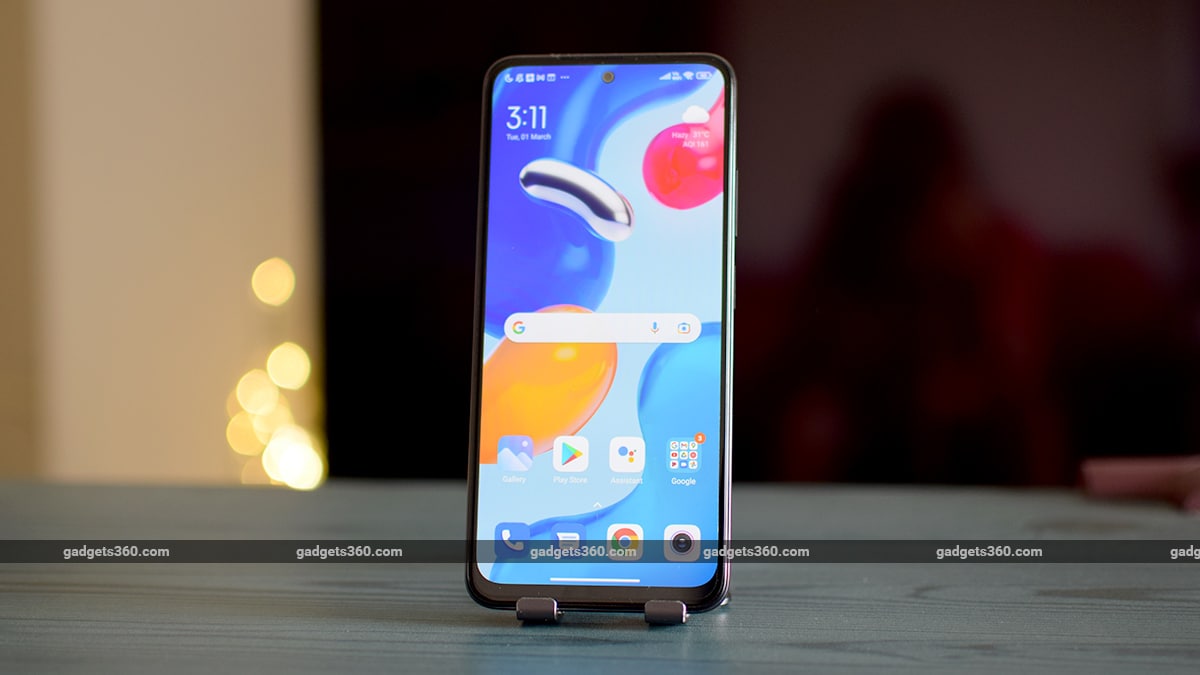 Smartphone shipments to India fell for the third consecutive quarter, down five percent year-over-year in the first quarter of 2022, according to a report. While Xiaomi maintained its market leadership, all of the top five vendors except Realme saw a drop in deliveries during the quarter. The main reasons for the decline are thought to be the impact of the third wave of COVID-19, supply constraints, especially for the low price segments, and rising inflation, which is increasing the cost of owning phones in the price segments.

Shipments of smartphones in the country fell to 37 million in the first quarter, according to the latter report from the market research firm International Data Corporation (IDC).

Xiaomi continued to lead the market, although its share and deliveries fell in the quarter compared to the same quarter last year. According to IDC, the company’s shipments fell 18 percent year on year in the first quarter of 2022. However, Xiaomi continued to dominate the online channel with a share of 32 percent (including Poco).

In the 5G segment, IDC reports that Xiaomi is in second place. The Mi 11i and Redmi Note 11T were some of the key drivers for the Chinese company’s volume.

After Xiaomi, Samsung continued to be in second place, but with a decline of five percent year on year in the first quarter. The South Korean giant has managed to increase demand for its Galaxy S22 series. It also leads the 5G segment with a 29 percent share. Key models in the segment were the Galaxy M32 5G and Galaxy A22 5G, according to IDC.

Realme – one of the youngest brands of Guangzhou-based BBK Electronics – has become the third largest supplier on the market. It grew by 46 percent year on year. The company also had the lowest average selling price of $ 142 (approximately Rs. 11,000).

In addition, Realme maintained its second position in the online space after Xiaomi, with a share of 23 percent in the first quarter, said IDC.

Unlike all other leading players in the market, Realme managed to grow 46.3% year on year in the first quarter, the report shows.

Vivo, the brother and sister of Realme and another BBK Electronics brand, was in fourth place, with shipments falling 17 percent year-on-year. The Chinese company led the offline channel with a 24 percent share in the first quarter, although with the launch of its new T-Series and iQoo phones it is likely to see some growth in its online shipments.

Oppo – the largest subsidiary of BBK Electronics and once the mother of Realme – fell 25 percent in the first quarter, according to an IDC report.

Apart from deliveries from suppliers, IDC mentioned some other interesting insights in its report. It says the pandemic jump in e-commerce stocks in the past two years has fallen slightly to 49 percent in the first quarter. However, online delivery continued to grow by seven percent on an annual basis, while offline delivery decreased by 13 percent on an annual basis.

Upasana Joshi, a research manager for client devices at IDC India, said 5G accounted for 31% of deliveries with an average retail price of $ 375 (approximately Rs 29,000) in the last quarter.

“IDC estimates that deliveries above $ 300 will be entirely 5G by the end of 2022,” the researcher said.

Regarding the future presentation, Navkendar Singh, Director of Research for Customer Devices and Imaging, Printing and Documentation (IPDS) at IDC India, said that the outlook for 2022 remains cautious on the part of consumer demand.

“Due to rising inflation and the prolongation of the smartphone’s refresh cycle, IDC expects 2Q22 to remain silent as well, while smartphone shipments are gradually returning to normal, leading to slower 1H22 compared to 72 million shipments in 1H21.” he said.

In addition to the Indian market, global shipments also fell for the third consecutive quarter in the last quarter, according to the latest Strategy Analytics and Counterpoint reports.

Introducing a new way to access all your sites – WordPress.com News

user - August 14, 2022 0
Technology
Urbanista has released the Urbanista Phoenix, a set of ANC headphones with the ability to be powered by solar panel technology. The Swedish brand launched...

“The Orville” will air on Disney+ starting August 10

The Apple Watch Series 8 will reportedly come with a larger...

The latest Apple TV 4K returns to a record low of...