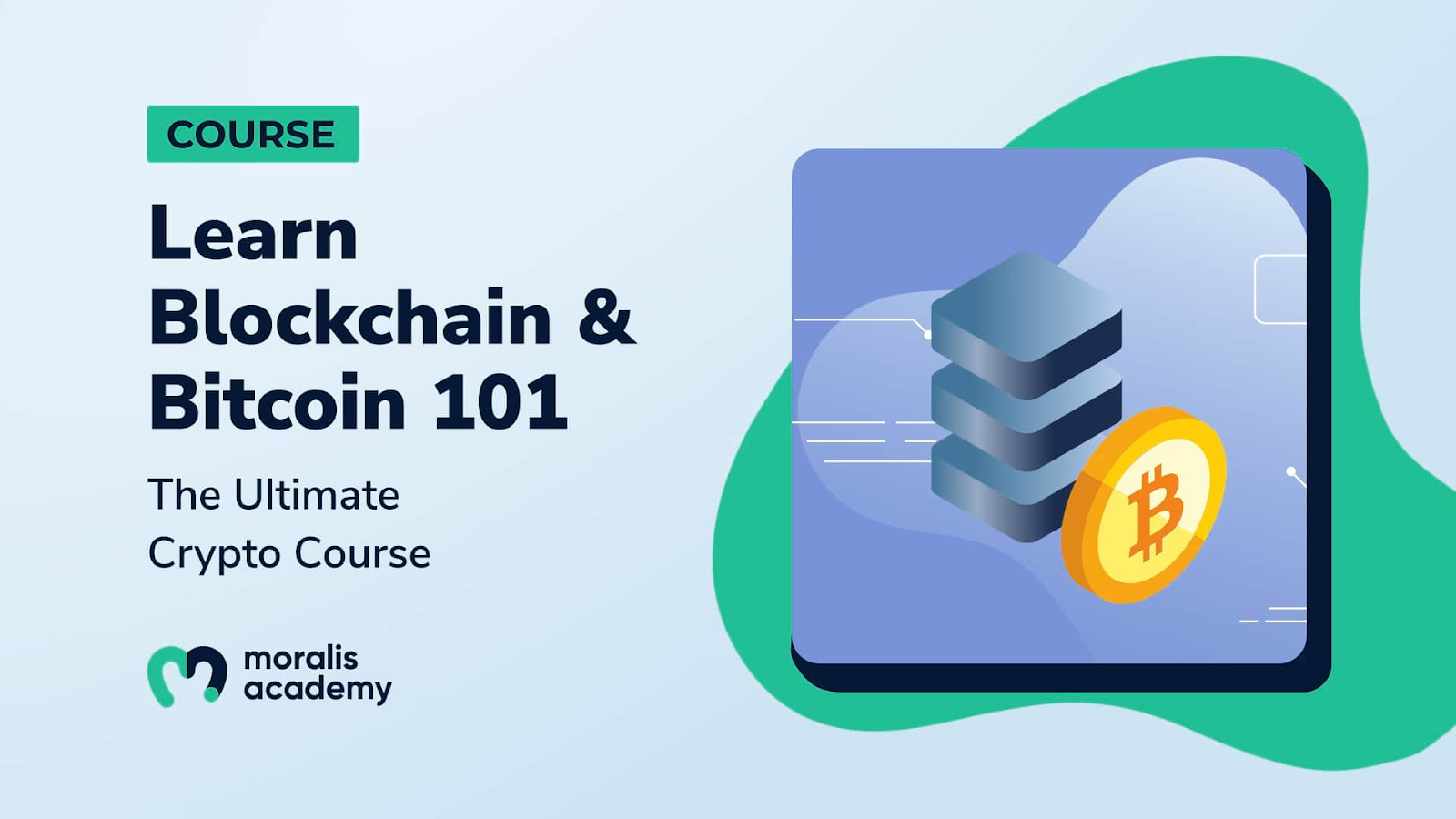 SWIFT (Society for Worldwide Interbank Financial Telecommunications) is at the heart of the global financial ecosystem. It uses a series of standardized codes to facilitate secure messaging between financial institutions and banks. If you’ve ever wired money overseas or from one bank to another, there’s a high probability it went through SWIFT. Moreover, sending money overseas is notoriously slow and expensive. However, the forthcoming SWIFT Chainlink integration addresses this using blockchain and Web3 technologies. Chainlink is the industry standard provider of decentralized oracles, connecting real-world data with smart contracts on the blockchain. Also, the Chainlink 2.0 update will see the project introduce new use cases for oracles and smart contracts and make it easier for developers to build secure decentralized applications (dapps).

The recent collaboration between SWIFT and Chainlink presents several exciting opportunities for millions of banking customers and businesses worldwide. Also, it marks a significant milestone in the mainstream adoption of Web3 technologies and a shift in the narrative shaping Web3’s public perception.

Founded in 1973 by six major international banks, the Society for Worldwide Interbank Financial Telecommunications (SWIFT) is a member-owned financial cooperative that facilitates cross-border payments and security transfers. It enables banks and financial institutions to exchange information and instructions about the transfer of money. With over 11,000 member institutions, SWIFT processes around 42 million transaction messages daily. Also, SWIFT enables users to make electronic card payments between different banks. It achieves this by allocating a “Bank Identifier Code” (BIC) to each member to let others know their location and branch.

The SWIFT messaging network allows financial institutions to securely share transactional information using a standardized series of codes. Furthermore, SWIFT does not hold or transfer assets directly. Instead, it creates a robust framework that enables member institutions to communicate between themselves. This includes banks, trading houses and brokerages, asset managers, clearinghouses, treasury markets, currency brokers, and all kinds of businesses.

Additionally, SWIFT plays such a pivotal role in the global economic machine that it has enabled governments to impose sanctions. As a leading provider of financial services globally, SWIFT contains many applications. Primarily, SWIFT allows institutions to communicate transactional data quickly and securely. SWIFT also provides settlement instructions for derivatives and forex transactions. Also, the membership provides business intelligence dashboards that provide real-time insights into financial activities. Moreover, SWIFT offers a range of tools and services for compliance. These products help members to identify and prevent financial crimes while adhering to AML (anti-money laundering) and KYC (know your customer) regulations.

Want to dig deeper into blockchain development by learning how to create a decentralized application using a Web3 template? Learn how to make a Web3 website with Moralis Academy today!

How Does SWIFT Generate Revenue?

SWIFT makes money from membership fees. Each joining member pays a one-off fee and a recurring annual fee. Also, SWIFT uses a tiered membership structure, which includes higher fees for higher-tiered memberships. Plus, each message a member sends incurs a fee dependent on its length and complexity. Additionally, the membership generates revenue from the various financial tools and services it offers to members.

Chainlink is the number one decentralized oracle provider and a leader in Web3 innovation. Chainlink supercharges smart contracts and facilitates cross-chain communications for decentralized applications using a “meta layer of oracle networks”. Smart contracts are immutable, automated agreements on the blockchain. Oracles help to bring real-world data onto the blockchain, significantly expanding the use cases for smart contracts. If you’ve ever interacted with dapps, you’ve likely used one or more that rely on Chainlink oracles. This is because Chainlink is the industry standard for oracle provision and a badge of perceived credibility for any decentralized finance (DeFi) project.

Check out our “Crypto Terminology” article to expand your Web3 vocabulary!

The Chainlink 2.0 update will see the project extend beyond its initial vision by providing new use cases for decentralized oracle networks and facilitating interoperability between smart contracts. Chainlink 2.0 will allow decentralized oracle networks (DONs) to be overseen by committees of Chainlink nodes. This committee acts as an abstraction layer to allow smart contracts to use off-chain resources and computing power without friction.

On September 28th, 2022, Chainlink co-founder Sergey Nazarov and SWIFT strategy director Jonathan Ehrenfeld Solé announced that SWIFT is partnering with Chainlink to develop a proof-of-concept (PoC) initiative to enable legacy financial institutions to interact and transact on blockchain networks. The move was prompted by overwhelming interest from the traditional financial sector in blockchain and cryptocurrencies.

The pilot project features an implementation of Chainlink’s cross-chain interoperability protocol (CCIP) that will enable financial messages to instigate the transfer of digital assets on all major public blockchain networks. What’s more, the SWIFT Chainlink integration will allow financial institutions to access blockchain and Web3 without creating new infrastructure from scratch.

One of the major concerns businesses and enterprises have about integrating blockchain is that it requires an overhaul of the existing architecture. However, the SWIFT Chainlink integration solves this problem by making it easier than ever before for legacy financial institutions to interact with blockchains using existing financial rails. Not only does this lower the barrier to entry for blockchain services, but it also has the potential to drastically further the adoption of Web3 technologies.

What Does the SWIFT Chainlink Integration Mean for Crypto and Web3?

The SWIFT Chainlink integration will allow financial service providers to offer their customers traditional assets and crypto assets from one platform. Using the Chainlink cross-chain interoperability protocol (CCIP), SWIFT will connect more than 11,000 banks with almost every blockchain. Also, this collaboration could play a crucial role in implementing central bank digital currencies (CBDCs), bridging the gap between legacy finance and Web3.

Currently, cross-border transactions and wire transfers can take several days via SWIFT and incur hefty fees. However, the new partnership between SWIFT and Chainlink could reduce the time it takes for remittance payments to clear while reducing user fees. Also, the partnership adds to the growing perception of legitimacy and credibility in the Web3 industry and could pave the way for more integrations with legacy financial institutions.

Furthermore, by automating transactions using Chainlink’s trustless smart contracts, SWIFT can significantly reduce operational overheads and generate new revenue streams. In turn, these savings can be passed on to consumers and members. An additional feature of this partnership is its potential to shift the long-standing tribalistic narrative in blockchain away from disruption and towards interoperability. Rather than pitting blockchain and crypto against the big financial players, this move helps to sew the two industries together to provide greater utility to each of them.

Moreover, the collaboration between Chainlink and SWIFT could help to build a regulatory framework that allows Web3 projects to operate within traditional financial spheres in a compliant manner. Also, it would encourage banks and payment services to adopt crypto and blockchain payments.

What are the Potential Downsides of the SWIFT Chainlink Partnership?

Bitcoin and cryptocurrencies are largely considered to be decentralized. One of Bitcoin’s biggest selling points is that Bitcoin operates outside of the legacy financial ecosystem. As a result, it is resistant to censorship and manipulation from central banks. Although different cryptocurrencies vary in decentralization, some traditionalists in crypto view integrations with legacy financial institutions as a move towards centralization. Plus, it’s considered something that threatens the liberties afforded by decentralized technologies.

To be clear, the SWIFT Chainlink partnership has no direct effect on the supply or centralization of any crypto assets per se. However, it can be viewed as antithetical to the Web3 mission statement. To put it another way, the more cooperation between Web3 and legacy finance, the more centralized interest there is in an otherwise “decentralized” ecosystem. That said, a large percentage of crypto projects are considerably less decentralized than Bitcoin. Plus, centralized interest does not equal centralization.

Furthermore, there is a significant portion of the Web3 community favoring mainstream adoption over complete decentralization. This can be seen in the growing number of layer-2 networks than conceded elements of decentralization to enable blockchain networks to scale securely. Moreover, Bitcoin was created to be a peer-to-peer version of electronic cash. As such, the SWIFT Chainlink integration is in line with the vision set out by Satoshi Nakamoto and the early Bitcoin pioneers.

Check out our blockchain guides and Web3 ebooks to expand your Web3 knowledge. Also, see our “How to Invest During a Crypto Bear Market” article to learn how to make the most out of market downturns!

When we talk about the mainstream adoption of Web3, we often think about non-fungible tokens (NFTs), the metaverse, and celebrity endorsements. However, the collaboration between Chainlink and SWIFT could place crypto and blockchain payments in the hands of millions of banking customers. Also, customers could seamlessly transition between crypto payments and traditional financial services from one convenient location. Although the PoC mechanism is still in the early stages of development, the project could be one of the biggest drivers of Web3 adoption to date.

Furthermore, as a leading global provider of financial services, SWIFT could help to shape the regulatory landscape for Web3 adoption. SWIFT processes around 40 million financial messages every day. Plus, SWIFT reported 8% annual growth from 2021 to 2022. The SWIFT Chainlink integration could help to optimize existing financial services for millions of people now and in the future, whether they choose to use crypto payments or not.

Moreover, Chainlink is positioned to optimize and create new markets combining the accessibility and efficiency of blockchain with the liquidity and market reach of the traditional financial ecosystem. In the future, we could see Chainlink play a crucial role in redefining global financial markets and removing many of the inefficiencies that prevent legacy finance from serving people as well as it can.

There has never been a better time to become a blockchain developer. Web3 specialists are in high demand sector-wide. As such, they can earn handsome salaries. Check out the JavaScript Programming for Blockchain Developers course at Moralis Academy to become a blockchain developer. In that course, we show you how to build a decentralized exchange (DEX) on Ethereum using JavaScript, HTML, CSS, and Moralis. Sounds interesting? Take your first steps towards a life-changing career in Web3 today with Moralis Academy!

Swedish and American troops are conducting exercises on a remilitarized island in the Baltic...

Playing PC games on Mac should get better with Parallels 18

The Hot List of Data News – Center for Data Innovation

5 Q for Dilek Freisl, Researcher at IIASA – Center for...