Newstechok.com
Home Technology The fastest growing funsport from the United States comes to the United... 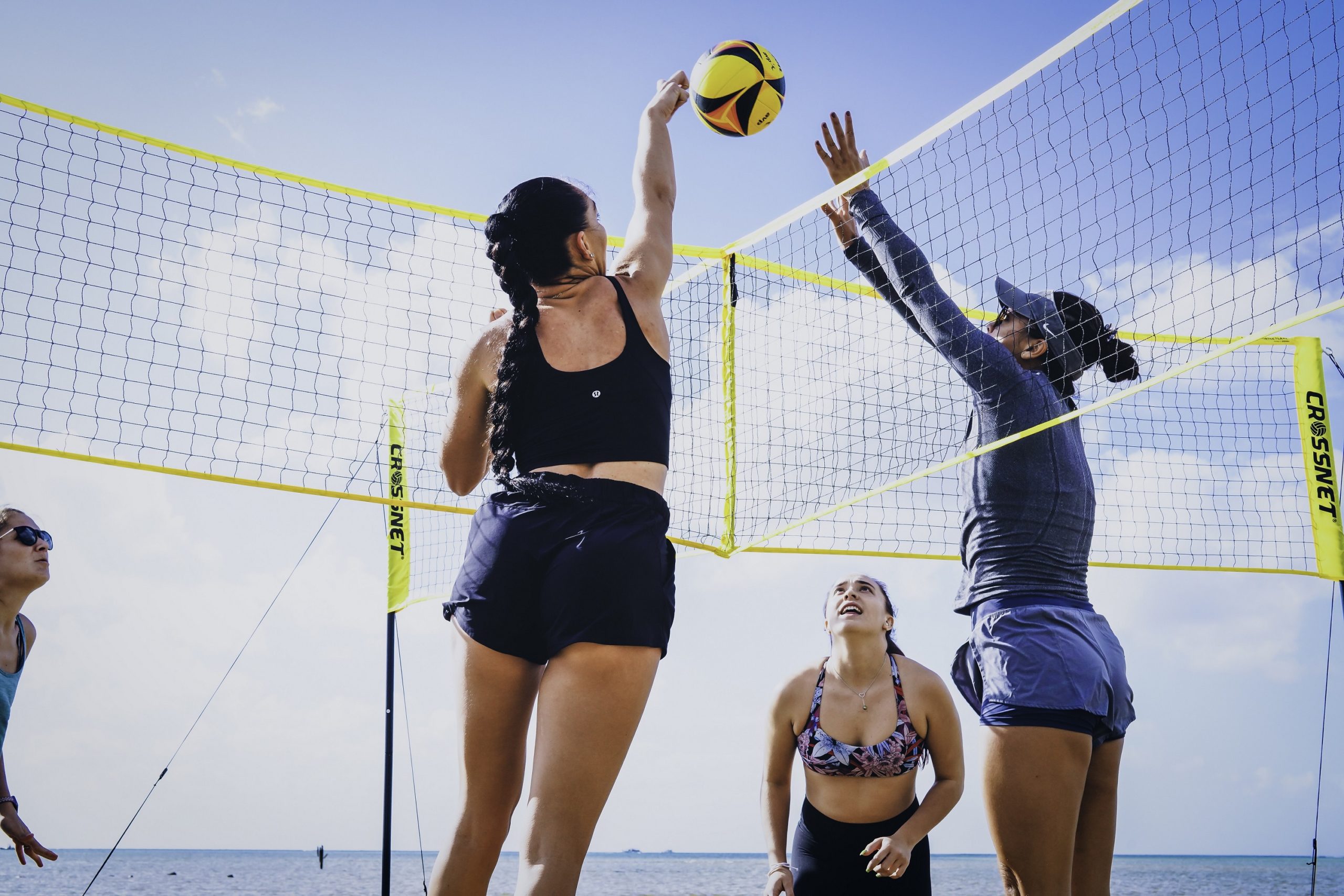 Think volleyball and then think again: four squares. CROSSNET was founded by three young American entrepreneurs and is literally changing the game as the world’s first four-square-foot volleyball game. The Miami-based brand is recognized as one of the fastest growing entertainment sports brands and sells in more than 1,500 locations in the United States. The brand recently launched the CROSSNET Soccer edition.
Starting this week, the brand will be available to retailers such as SkateHut in the UK, with volleyball and football editions available through Brookline, the official distributor of CROSSNET in Europe.

Chris Maede, co-founder of CROSSNET and a Forbes 30-under-30, disliked volleyball when he grew up because he found it “too complicated for a beginner.” So in 2017, the young entrepreneur teamed up with his brother and childhood friend and changed the game to make it accessible and fun for everyone. Now, thanks to its simple rules and competitive aspects, CROSSNET can be played by top athletes as part of their training or just for fun with family and friends. We look forward to bringing all the fun that CROSSNET has to offer in Europe.

CROSSNET Volleyball started as a new volleyball game and its growth in the United States is impressive. In just four years, the brand has grown exponentially and now boasts sales of hundreds of thousands of kits per year. Now that the brand is expanding across Europe, it is also introducing CROSSNET Soccer, a four-square-foot football edition based on the same simple rules. In Europe, where football is the biggest sport, it is expected to be a particularly popular version of the game.

CROSSNET Volleyball and CROSSNET Soccer can be played anywhere, can be adjusted in seconds and are easy to transport thanks to the right backpack that comes with the kits. The set consists of a volleyball net, a backpack, four tubular steel stands, four tension cords, twelve earth anchors, two quadrant lines and one boundary line.

Funsports – the new category of retail

Due to its social, sporting and multifaceted characteristics, fun sports are proving to be a big hit in the United States and Europe. Last year alone, the changing social climate meant that Brookline’s European sales grew by 700%. The distributor’s bestsellers, Spikeball and KanJam, have a growing fan base across the continent. Funsports are a mix of sports and games that meet the recent need for users to get active whenever and wherever they want. Fun sports also increase people’s ability to communicate in person rather than on their screens. In addition, these games can be played anywhere and although they are challenging and competitive, they are still suitable for young and old. Brooklyn, home of fun sports in Europe, wants everyone to be able to have fun, keep fit and be active.

CROSSNET will be sold in the United Kingdom on SkateHut RRP 149.95 GBP.

Retailers can learn more by visiting CROSSNET – Brookline or crossnetgame.com.

The basics of how to play CROSSNET

Gather at least three of your friends and number the squares from one to four. The game requires at least four players, ie. one player per quadrant. You can also add players. Just get them to line up outside the first quadrant so they can intervene when someone is eliminated. The rules are simple. One hit per person, three if you play in teams. Do not allow the ball to fall into your quadrant, otherwise you are out. The goal is to “take out” your opponents by playing with the ball so that it falls into their square. The winner is the first player to reach eleven points with a two-point lead.

Fastest growing funsport from the US comes to UK

IEEE Is Working to Reconfigure Its Geographic Regions

user - September 17, 2022 0
Technology
GoPro is used to battling DJI and Insta360 in a Squid Game-style battle for action camera supremacy, but this year an unexpected rival entered...

Cybersecurity innovation among aerospace companies has slowed over the past year