Newstechok.com
Home Science The galaxy is revealed as a pulsar – the brightest outside the... 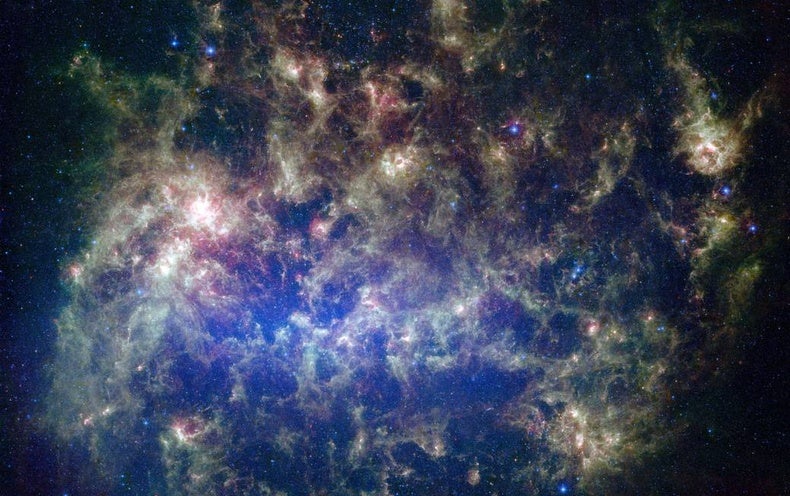 Astronomers have confirmed that an object they thought was a distant galaxy is actually the brightest extragalactic pulsar ever seen. The team made the discovery using a technique that blocks a certain type of polarized light, similar to polarized sunglasses that can be used to spy on more “hidden” pulsars.

Pulsars are highly magnetized rotating neutron stars that form from the collapsed remnants of exploding stars. As the pulsars rotate, they release a stream of radio waves from their poles – a “pulse” that can be detected by radio telescopes. Astronomers use pulsars to test theories of gravity and look for evidence gravitational waves.

The new pulsar, called PSR J0523−7125, is about 50,000 parsecs from Earth, in the Large Magellanic Cloud (LMC), and is quite different from most known pulsars. Its pulse is very wide – more than twice as large as other known pulsars in the LMC and is extremely “bright” in the radio spectrum, said Yuanming Wang, an astrophysicist at the Australian Organization for Scientific and Industrial Research in Canberra.

Wang and the team say the pulsar is ten times brighter than any other pulsar found outside the Milky Way. Their study is published in The Astrophysical Journal today.

“Due to its unusual properties, this pulsar has been missed by previous studies, despite how bright it is,” said co-author Tara Murphy, a radio astronomer at the University of Sydney in Australia, in a press release.

Pulsars are usually identified by their weak pulse, which periodically oscillates. But in the case of PSR J0523−7125, its pulse is so wide and bright that it does not match the typical pulsar profile and is rejected as a galaxy.

Wang and an international team of astronomers first suspected that the object may be a pulsar in data from the Variables and Slow Transients study conducted by the Pathfinder Telescope (ASKAP) in Western Australia. The study looks at a large amount of sky for highly variable sources of radio waves and collects circular polarization, among other data.

Emissions from pulsars are often highly polarized and some of them oscillate in a circular fashion. Few cosmic objects are polarized in this way, which makes them stand out.

Using a computer program, the team was able to block wavelengths of light that are not circularly polarized, revealing the rare type of pulsar. Other telescopes, including the MeerKAT radio astronomy telescope in South Africa, have confirmed their discovery.

“We should expect to find more pulsars using this technique. “This is the first time we’ve been able to look for pulsar polarization in a systematic and routine way,” Murphy said.

Yvette Sandes, a radio astronomer at the Harvard-Smithsonian Center for Astrophysics in Cambridge, Massachusetts, said radio astronomy was not as effective as optical astronomy in finding “transient” objects – space objects such as pulsars entering and leaving the field. “Studies like VAST are changing that,” she said.

“But only because you are discovering a transitional process [object] “It doesn’t mean it’s easy to understand what it is,” she said. Polarization data has helped narrow the source of the site, suggesting the technique has the potential to identify other transients in the future, she said.

Although other telescopes collect polarization data, there are only a few large-scale radio studies using the circular polarization technique. In March, researchers using data from the Low-Frequency Array (LOFAR) telescope in the Netherlands discovered two new pulsars using a technique they described in a preprint published on arXiv.

This article has been reproduced with permission and has been published for the first time on May 3, 2022

How to test Android 13 before launching it

The next Federated Data Platform update is expected in the fall

The demand for retail IT talent is growing

Banks in the Metaverse: A Solid Concept, But Still Unrealized?

Renault is aiming for the top three mile with the OptiModale...