Newstechok.com
Home Science The Juno spacecraft prepares for a close encounter with the icy moon... 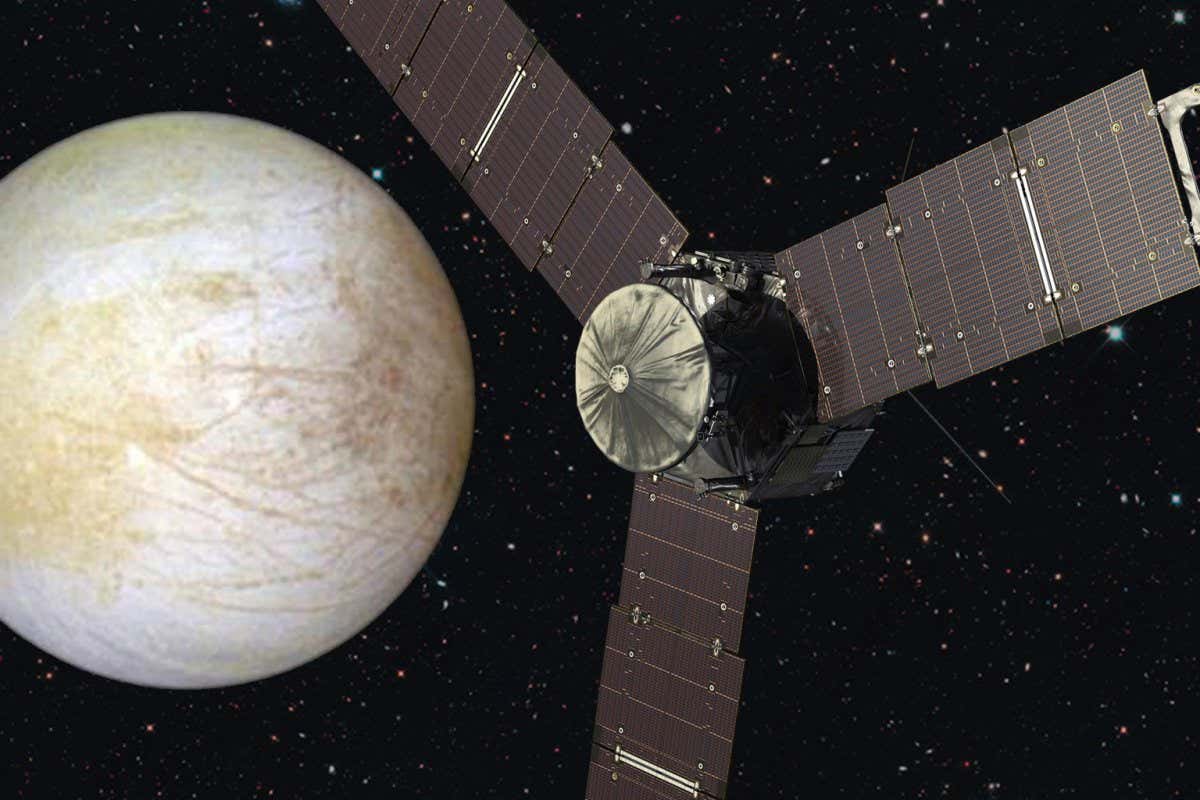 A NASA probe will soar about 350 kilometers above Europa’s surface on September 29, returning detailed images and data of its magnetic fields and ice crust

NASA’s Juno spacecraft is about to give scientists the closest look at Jupiter’s frozen moon Europa in more than 22 years.

The mission will soar about 350 kilometers above Europa’s surface on September 29, returning detailed images as well as data on the moon’s magnetic field and its icy crust.

The last time a spacecraft came this close to Europa was in January 2000, when NASA’s Galileo orbiter swung by at a distance of 351 kilometers.

“We have already completed all the preparations. We are really excited. It’s all on target,” said Scott Bolton, Juno’s principal investigator.

All of Juno’s science instruments will capture data during the flyby, Bolton says. Its main camera, JunoCam, will produce a handful of wide-field views, while its navigation camera, known as the Stellar Reference Unit, will be tasked with taking a single, very high-resolution photo of a small part of Europa’s nightside, lit only by the scattered light from Jupiter’s cloud tops.

Researchers also hope to use the flyby to gather information about Europa’s ice shell using Juno’s microwave radiometer. Bolton likens the instrument to a radar device, “except it’s passive, so we’re just looking at the radiation coming out [from Europa] as opposed to sending a signal and watching it bounce,” he says. Data from the radiometer can give scientists clues about the depth of the shell and can reveal whether there are fractures or areas of fluid in the frozen crust.

The team will even look for signs of jets of water vapor, which studies say are coming from Europa, although Bolton stresses that these features “must disappear at the right time in a way that we can see them.”

What is Dolby Atmos Music and how can you listen to it?

Data lakehouses give enterprises an edge in analytics

It is time to reconsider the rules on autonomous weapons, Horowitz...

user - May 31, 2022 0
Electronics
WASHINGTON - Nearly a decade after it was signed, the directive, which sets out the basic rules for US autonomous weapons, needs to be...

The portable AirLift takes the muscle out of healthcare for one...