Newstechok.com
Home IT The UK government will present a new data reform bill 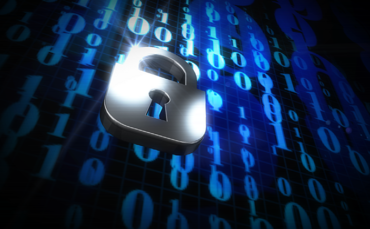 The government has announced its intention to draft a new data reform bill that will differ from the European Union’s General Data Protection Regulation (GDPR) and the Data Protection Act.

The message [pdf] was made by Prince Charles – the Queen’s replacement, who is not present for health reasons – on Tuesday, during the Queen’s speech at the opening of Parliament.

“The UK’s data protection regime will be reformed.

The Data Reform Bill aims to overhaul the existing data protection system in the United Kingdom, which could potentially lead to significant revisions of the GDPR and the Data Protection Act.

The government has previously said it intends to use Brexit to review “very complex” data protection rules inherited from the EU.

The revisions are part of a larger package of legislative changes aimed at “maximizing the benefits of Brexit”, including the possibility for Parliament to deviate from areas of law previously regulated by the EU.

The data reform bill follows that of the government Consultation document on the reforms of the data protection regime in the United Kingdom – “Data: a new direction” – which was published last September.

The new bill will aim to simplify data protection legislation and cut red tape. The government says this will ease the burden on companies by establishing a more flexible, results-focused approach and providing clearer guidance on the use of personal data.

Although the detailed proposals have not been made public, one of the rumors of the change is the removal of consent cookies for web cookies, which are displayed when visiting a website.

Measures also include ideas to modernize the UK Data Observatory, the Office of the Information Commissioner (ICO), to ensure that it has the resources and powers to take strong action against companies that violate privacy rules.

The bill is expected to be published this summer.

The GDPR is currently the basis for UK data confidentiality legislation, but the government has repeatedly stated that it wishes to dilute some of the provisions of the regulation.

This includes replacing Article 22 of the GDPR, which protects the right of individuals not to be subject to decisions based solely on automated processing, and Article 5, which requires that the collection of personal data be limited to specific, explicit and legitimate purposes, and be adequate, relevant and limited to what is required.

Rafi Azim-Khan, head of the data privacy department at Pillsbury Law Firm, said the government’s intentions to reform the data were not surprising, although he warned of significant deviations from EU law that could jeopardize the United Nations decision. Kingdom on the adequacy of data in the EU.

ORG said the government is seeking to undermine personal data protection rights, as well as accountability and transparency about how personal data is used by businesses and government agencies.

The government was unclear on another technological issue: the regulation of high technology.

Earlier reports said it was on track to abandon plans to give the Competition Authority the power to fine large technology companies for violating competition rules, and that it had removed the provision from the Queen’s speech. Just days later, it was announced that the United Kingdom would agree with Europe on the issue and support the Digital Markets Unit (DMU), a division of the CMA, to allow it to punish technology platforms for infringements.

In case the government delays the decision, saying that the draft version of the bill on digital markets, competition and consumers will be published during the parliamentary session.

Russia seems to be running out of drones

Revisiting the case for PDF files in class – ask a...

user - July 31, 2022 0
Education
I posted this about a year ago and have updated it to reflect our current learning...

You can’t beat these impressive wireless headphones for $22 this first...

Contractors are calling for a review of IR35 and tax cuts...

Volunteers clean tombstones as a way to honor fallen soldiers