Newstechok.com
Home IT The United Kingdom joins the EU in its plans to regulate High... 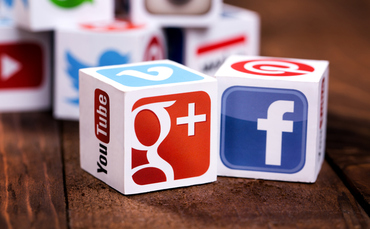 The UK government has outlined plans to strengthen the Digital Markets Division (DMU), part of the Competition and Markets Authority (CMA), with more powers to regulate and fine technology companies.

The DMU’s competence reflects the strength of new regulations in the EU, which recently passed the Digital Markets Act and the Digital Services Act – both part of the biggest update to the bloc’s laws controlling technology giants in more than two decades.

Large technology companies such as Google and Meta, which violate rules designed to protect consumers and businesses, will face severe penalties – up to 10% of their global annual turnover.

In addition, the Ministry of Culture, Media and Sports (DCMS) said the DMU could also impose additional penalties: up to 5% of companies’ daily turnover for each day the violation continues.

Individuals can also be held liable for breaches of the rules, with the government adding: “Senior managers will face civil sanctions if their companies do not properly engage in requests for information.”

The new rules will include the need for companies to inform businesses of any significant changes that affect them, such as a change in Google’s search algorithm. The department will also have the power to resolve disputes between technology companies and news providers and will strive to give people more control over their personal data; for example, make it easier to navigate between operators like Android and iOS, or opt out of seeing targeted ads.

Regulators will also look at the dominance of some companies’ products, such as Google Search, and the ability of technology companies to easily acquire small companies.

Big Tech has often been criticized for its tendency to simply buy competitors before they reach threatening proportions. Under the new rules, companies such as Apple and Google will have “strategic market status”, which means they will have to report proposals to take over the CMA for possible investigation.

However, there is still no legislation to support these powers. DCMS says ministers will introduce it “in a timely manner”.

This contradicts news earlier this week that the DMU will not receive a legal basis and will not be mentioned in the Queen’s May 10 speech.

Andrea Coscelli, CMA’s Chief Executive Officer, said: “The CMA welcomes these proposals and we are pleased that the Government has adopted a number of our recommendations that will allow DMU to monitor the efficient and stable digital market regime in the UK. “

Hiring levels in the pharmaceutical industry increased in August 2022

Get cheap laptops and more

An airline was tired of the baggage chaos at the airport....