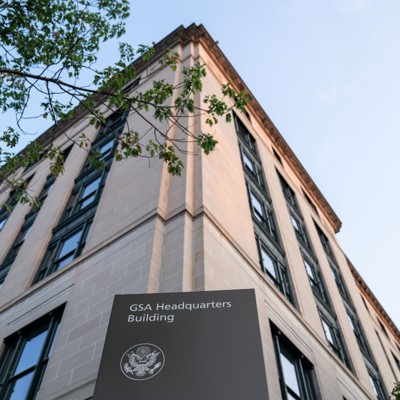 The federal government landlord believes there are opportunities for “fewer and better” buildings as federal agencies, along with the private sector, re-evaluate their work structures after the COVID-19 pandemic.

Nina Albert, Commissioner of the Office for Public Buildings in the General Services Administration, testified before the Committee on Transport and Infrastructure of the House Panel on Economic Development, Public Buildings and Emergency Management on Wednesday morning about the challenges, opportunities and needs for the GSA and the federal real estate portfolio.

“At the moment, I think the possibility is to have fewer buildings and better buildings. I think there is an opportunity to re-evaluate our portfolio and take those facilities that are underused and make better use of them, ”said Albert.

The GSA is currently working with federal agencies, “to determine how they will use the space in the future and to make sure that when there is an opportunity to consolidate the space, we do so ideally when we have a federal building available, consolidating them into the federal space, ”she said. “Our priority is to make sure we have a financially and environmentally sustainable portfolio.”

Requests from the PBS Commissioner

Albert asked several times during the GSA hearing to gain full access to the proceeds collected by Federal Building Fund, which is the main fund for financial administration of PBS activities. “Much of the real estate under GSA’s control will continue to suffer from the effects of deferred maintenance,” without full access to the fund and “liabilities, which now amount to $ 2.6 billion a year, and this will be complicated if not be considered and the GSA will continue to lease space if necessary, which is not the most cost-effective solution for the government, ”she said.

In addition, to increase efficiency, Albert also requested streamlining the process of drafting a prospectus (by law, the GSA is required to submit a proposal or prospectus to two congressional committees on capital and leasing projects that have an estimated price above a certain amount).

“GSA believes that setting a higher prospectus threshold for both capital and leased projects will allow us to focus scarce resources on many of the most needed routine maintenance and repair projects,” Albert said in his prepared notes. If the prospectus threshold is increased from the current $ 3.4 million to $ 10 million, about 60% of current projects and 80% of large capital projects will continue to be subject to the prospectus process and the GSA could save $ 50 million per year and to implement projects 23 months in advance, according to the agency’s review.

“The GSA will also be better able to respond to emergencies, which is vital to enable agencies to carry out their missions with minimal disruption,” Albert added.

Work after a pandemic at the GSA

Representative Beth Van Dune, R-Texas, questioned Albert through a series of questions about the process of returning to the GSA staff office, noting that President Biden said in his address on the state of the Union: “It’s time for Americans to return at work and re-filled our major centers. People working from home can feel safe to start returning to the office. We are doing this here in the federal government. Most federal workers will again work in person. The congresswoman expressed concern that this was not actually happening.

Albert said the GSA has been using a hybrid work model for more than a decade, and “as a result of the last few years, we are reassessing which positions qualify for teleworking, which positions qualify for hybrid work. Her rough estimate is that 6% of the GSA workforce is completely remote, 10% is on site five days a week and the majority is hybrid, which she noted is in line with the rest of the workplace (public and privately).

“We know that the current generation, having worked from home for the last two years, as well as future generations will expect and need and want flexible work styles,” Albert said.

The Senate passed legislation in November that would require the GSA to install the most cost-effective and energy-efficient lighting in public buildings, as well as issue related guidelines to federal agencies and state, local and tribal entities. Representative Dina Titus, D-Nevada, Chair of the Subcommittee, introduce accompanying legislation in the House in April. She asked Albert what she thought about it.

She replied: “We absolutely support all reforms and improvements that give us the flexibility to invest in existing facilities, dispose of underused facilities faster and make the necessary improvements to ensure that our buildings are ready for the modern era.” , such as extreme weather events, more physical security, technological investment and modernization of jobs.

The Nothing Phone 1’s biggest problem isn’t the lights

user - July 25, 2022 0
IT
The Nothing Phone 1's Glyph interface—what Nothing calls the system of lights, sounds, and vibrations that make the Phone 1 unique—is controversial enough to...

The biggest Prime Day deal was one I didn’t expect