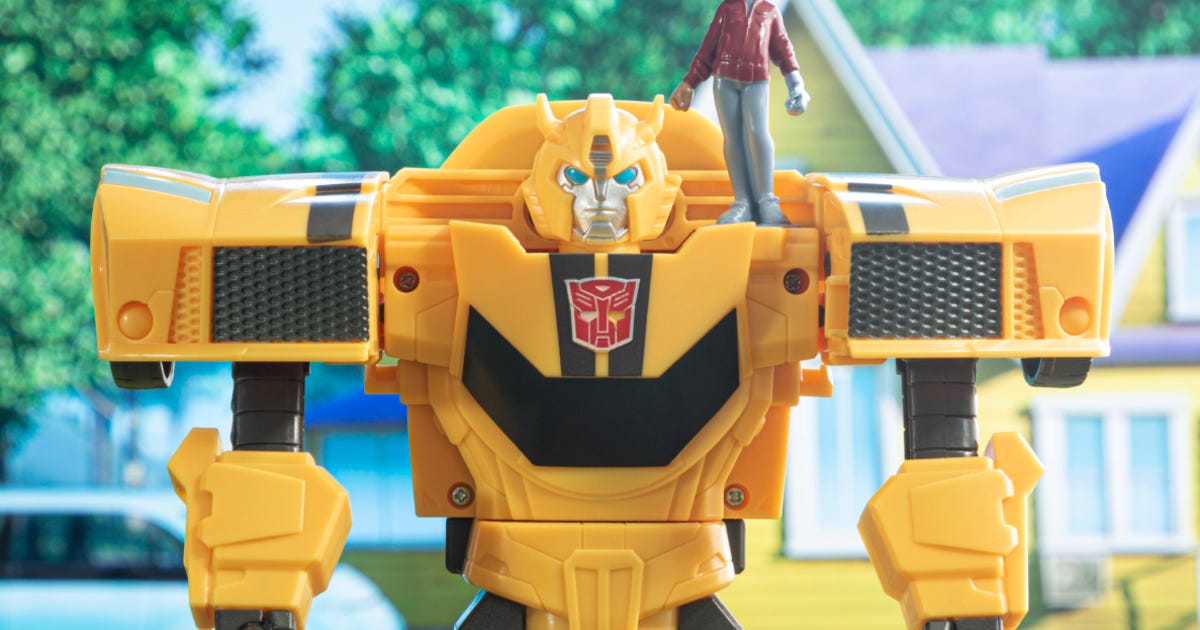 The upcoming Transformers: Earthspark series could bring people closer than ever to the battle between the Autobots and the Decepticons, and a new line of action figures unveiled at San Diego Comic-Con provides an early look at new and familiar characters appearing in the series .

The new line of Transformers figures debuted Friday at San Diego Comic-Con for early 2023, and includes a look at Transformers mainstays like Optimus, Bumblebee and Megatron along with new Transformers said to be the first born of The Earth.

The series will also introduce a human family into the fray, and among the reveals is a bee figure that transforms with the help of 9-year-old Moe Malto. This $30 Bumblebee Transformers EarthSpark Spin Changer figure completes the car-to-robot transformation by attaching the 2-inch Malto figure to the robot’s arm.

The EarthSpark Deluxe Assortment will include a new Terran character Twitch along with Bumblebee and Megatron. These 5-inch figures will cost $20 and convert to 11 to 21 steps. These three figures will include a buildable figure piece that, when assembled, can create show villain Dr. Meridian “Mandroid.”

Transformers EarthSpark Warrior Class features a 5-inch line of transforming robots that will include Optimus Prime, Elita-1 and Skywarp. This line will cost $15.

The 1-Step Flip Changer figures transform by flipping the robot figure in the air, and upon landing it will automatically return to vehicle mode. Transforming back into robot mode is done in one step. This collection will cost $10 and will include Optimus Prime, Bumblebee, and Wheeljack.

The TV series on which these figures are based is set to air on Paramount Plus this November.

Plans for upgrades to Alabama’s state parks are underway

Azure cloud services and their importance