Newstechok.com
Home Technology Typhoons of the RAF and Wildcat of the British Army are conducting... 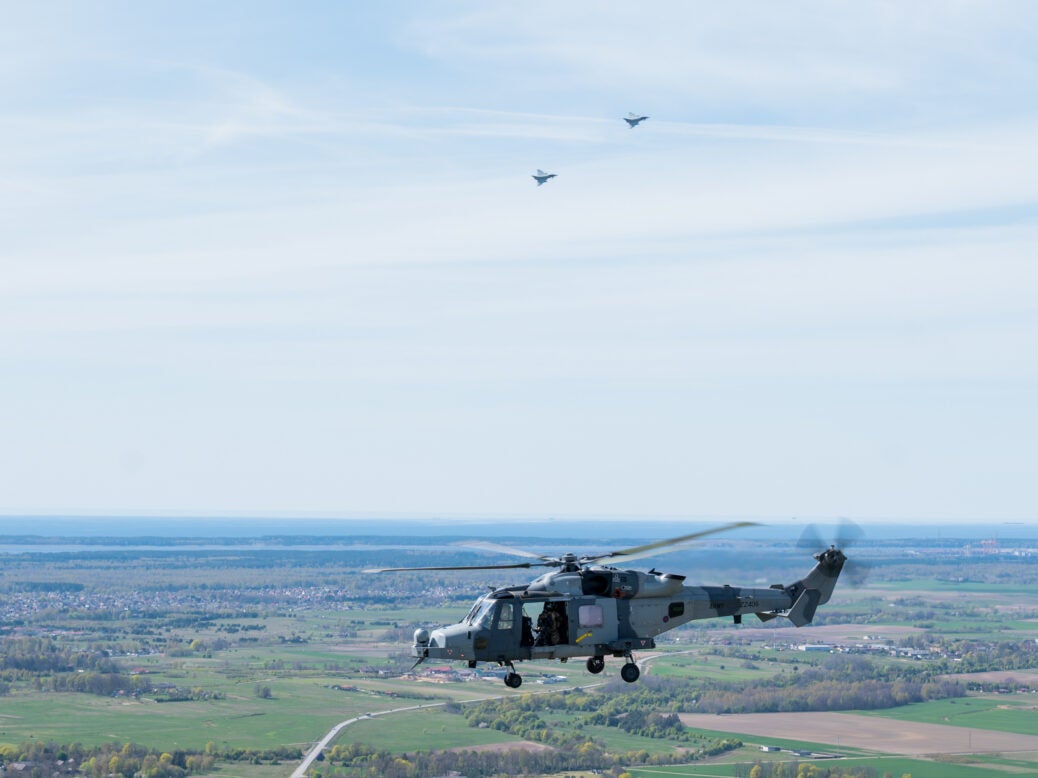 Conducted as part of a broader NATO mission, the training allowed the crew to practice attacks in a simulated environment.

During the exercise, two Typhoon aircraft based at RAF Lossiemouth entered the training area beyond the range of the low-altitude Wildcat helicopter.

The exercise showed that the Typhoons located the helicopter with a low-flying target, using an advanced set of radar weapons equipped in combat aircraft.

The crew of the Wildcat helicopter also used defenses, early warning systems and flying maneuvers to anticipate the actions of Typhoon jets and escape attacks.

The helicopter crew flew close to the ground to reduce the window of engagement and increase their chances of survival.

RAF Wildcat Helicopter Tactics Instructor said: “This has helped us hone our life and death scenario skills. Effective teamwork and brevity in communication are crucial to success. “

The test allowed the Typhoons crew to practice attacks on slow and low-flying targets, while the Wildcat crew learned how to avoid fighter attacks.

The training was extended over a long period of time with the help of Voyager aircraft, which performed air-to-air refueling for the three aircraft.

During the training, the simulated attacks were coordinated by the Lithuanian Control and Reporting Center.

Towards the end, the two Typhoons and the Wildcat helicopter also worked together as a team to commit and share goals to enable engagement.

After the exercise, Typhoon planes returned to their base in Losimut as a British Army helicopter continued to deploy in Lithuania in support of the NATO mission.

After cutting out radar, Tesla is now rolling out ultrasonic sensors from its EVs

A toxic algal bloom is the likely cause