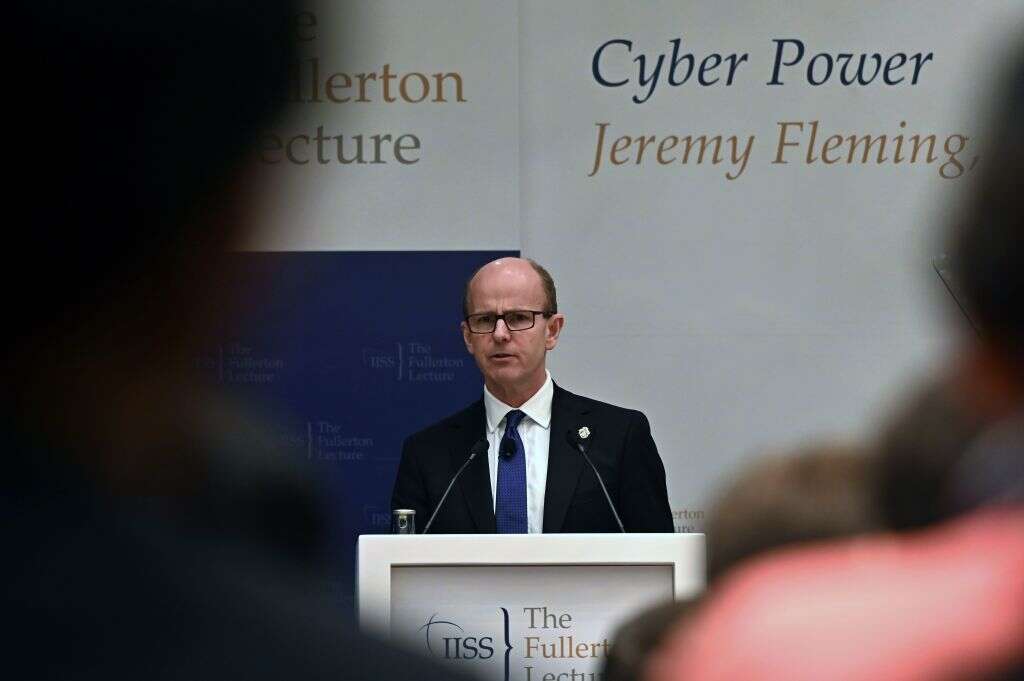 Criminal networks trading in stolen credit cards worth “tens of millions of pounds in potential fraud” have been thwarted by a government working group on cybersecurity, Sir Jeremy Fleming, head of GCHQ, said today. He demonstrated that the UK government’s focus on cybersecurity was bearing fruit, with the revelation coming on the same day as more than two million online scams were uncovered by the government’s Active Cyber ​​Defense Program (ACD) last year.

In a rare look at cybersecurity tactics used to fight criminal gangs, delivered during a speech at the CyberUK government conference this morning, Sir Jeremy said the National Cyber ​​Force (NCF), a partnership set up in 2020 between defense and intelligence agencies to counter major cyber threats played a key role in stopping fraudsters, as analysts working for the NCF made hundreds of thousands of stolen credit cards useless to stop their fraudulent use.

NCF “installs undermining operations [criminals’] networks and prevent them from profiting from their crimes, as well as denying them access to their cyber tools and malware, ”Fleming said.

“Through the NCF, we are actively undermining the assumption of cybercriminals that they can go unpunished on the Internet. We have upset criminals by making it clear that they have been monitored and we are monitoring their ability to profit from illegal activities.

The NCF is not the only cyber security agency to have had significant success in recent months. More than two million online scams were removed by the government’s ACD last year, according to data released by the National Cyber ​​Security Center (NCSC) today. According to the agency, these figures reflect the organization’s expanding capabilities to target a growing spectrum of malicious online content, rather than a general increase in fraud.

The number of online scams detected and downloaded last year was nearly four times higher in 2020, with public reports of suspicious online behavior contributing to the increase, said the NCSC.

While celebrity scams and blackmail emails were among the most frequently removed campaigns, criminals also used NHS vaccines and vaccine passports to try to deceive unsuspecting citizens, according to the NCSC. The organization also said the Covid-19 pandemic had caused an increase in NHS fraud, with more than 1,400 related phishing campaigns removed last year, an eleven-fold increase over 2020.

IN ACD program provides a range of free cybersecurity services to public and private organizations to deal with “large volumes of commodity attacks that affect people’s daily lives” instead of more complex and targeted attacks that the NCSC handles on its own. Such services include early warning alerts that notify malicious organizations detected in newscasts, and a suspicious email reporting service that analyzes emails with malicious links and removes them from the Internet.

The NCSC itself was used in an attempted fraud

One campaign involved emails sent by fraudsters posing as NCSC CEO Lindy Cameron. Recipients of these emails were informed that £ 5 million had been stolen from them and that they had to provide their personal information in order to get their money back.

“We know that fraudsters will go a long way, and indeed my name has been used to deceive people, but as we continue to expand our defenses, we can see the tangible impact that is having,” Cameron said.

More than 1.2 million domains related to Android Flubot malware were also blocked last year, in which malware was distributed through fraudulent “missed delivery” scams. Dr Ian Levy, NCSC’s technical director, also said that since its inception in 2017, the ACD program has been “central” to preventing millions of cyberattacks in the UK.

“As ACD continues to grow and innovate, we strongly encourage the private sector to work even more closely with us to improve the effectiveness of our services to remove and block malicious websites,” he added.

Read more: How safe is the UK from cybercrime?

When telemedicine is not the solution

The deal with Broadcom to buy data center software from Switzerland...