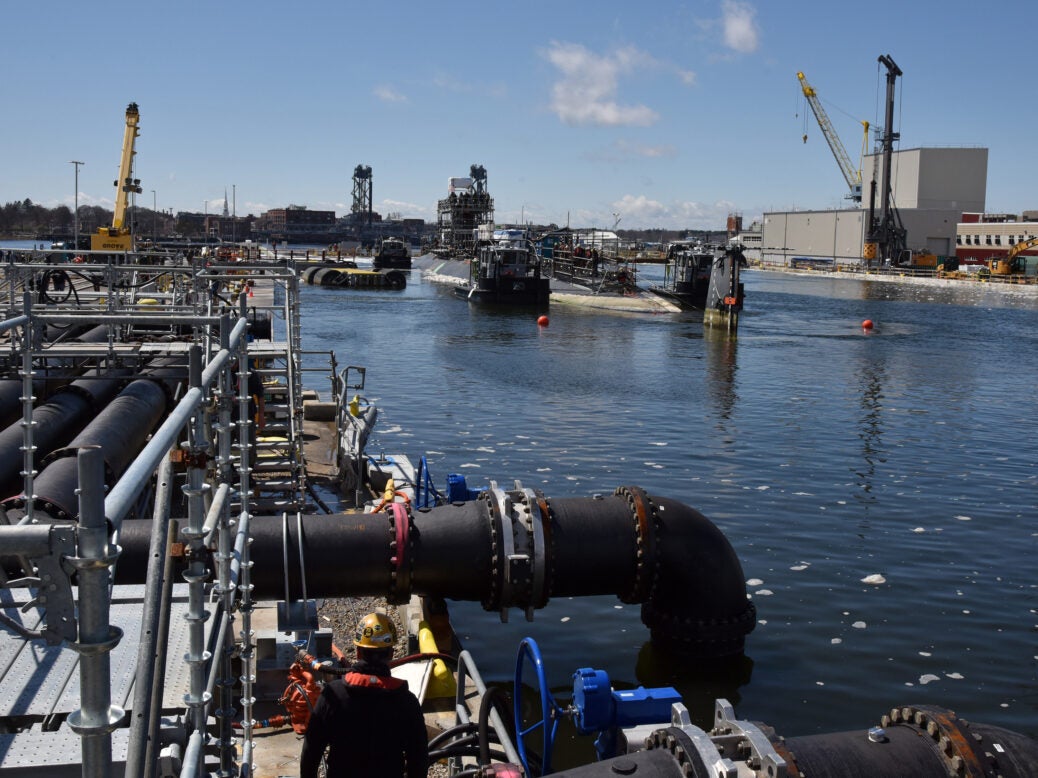 The opening ceremony of the newly built dry dock took place on May 5 at the PNS in Maine.

Dry Dock 1 is the shallowest of the three dry docks at PNS Shipyard. It confiscated more than 20 million gallons of water at a 16-foot differential from the Piscataqua River.

Previously, Dry Dock 1 required a buoyancy support system consisting of a large flood tank full of air and a peak tide to dock and unhook submarines.

With the new Super Flood Basin built at the entrance to the dry dock, submarines can dock without a buoyancy support system and high tides on the Piscataqua River.

USS Cheyenne Commander Samuel Bell said: “This stage is the culmination of significant efforts and represents the commitment of both the Navy and the shipyard to the Los Angeles-class life extension program.

“Cheyenne is setting the standard for excellence in refueling engineering to benefit subsequent submarines that will be the backbone of the fleet for decades.”

The construction of the Super Flood Basin is one of four projects as part of SIOP’s efforts to update and modernize the US Navy’s four public shipyards.

Following the opening, a new phase of SIOP will soon split the basin to create two additional dry docks, completing a planned $ 1.7 billion effort to upgrade and expand the yard.

Technological solutions, weapons and ammunition for maritime security and defense

Intel CEO: Chips will have 1 trillion transistors by 2030

How placentas evolved in mammals

Apple is extending self-recovery capabilities to the M1 MacBook, but Brits...

user - August 23, 2022 0
Technology
Apple is about to launch a self-repair program for M1 MacBook owners that will provide notebook...