Newstechok.com
Home Science What is the mission of NASA CAPSTONE and its importance for the... 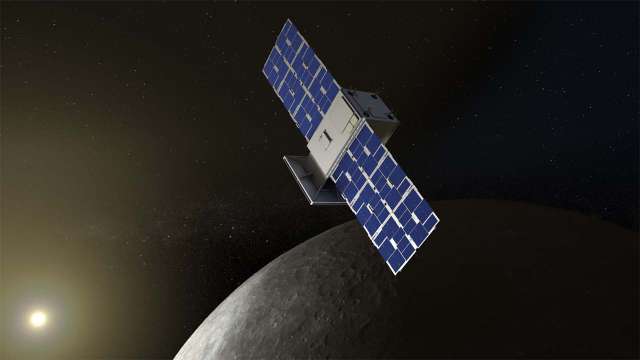 The first phase of NASA’s Artemis mission has been repeatedly postponed. However, work is ongoing in many other dimensions. The NASA SLS rocket and the Orion vehicle will be sent into space for the first time in the first phase of the mission in three different stages.

To support this, NASA will test Orion’s orbital path this month as part of the Cislunar Autonomous Positioning System (CAPSTONE) technology experiment for operations and navigation. This will also pave the way for the Gateway mission to orbit the moon as part of the Artemis program.

How big is that?

CAPSTONE is a small cube the size of a microwave oven weighing 25 kg. This is the first spacecraft to test the orbit of the moon with an elliptical shape. CAPSTONE will reduce hazards by testing space navigation techniques for future lunar orbits or ships traveling to the moon.

Special orbit of the moon

CAPSTONE will also be useful for confirming the dynamics of the Moon’s orbit, shaped like a halo on the lid. This orbit is called an almost rectilinear halo orbit (NRHO). It has been stretched for a long time. Its position is the exact point of equilibrium of the gravitational pull of the Earth and the Moon. This will provide stability for long missions such as the Gateway and will also require minimal energy.

CAPSTONE’s orbit will also determine another position that will serve as an ideal platform for missions to and from the moon. This orbit will take CAPSTONE to one pole of the moon up to 1,600 kilometers nearby and the other pole to 70,000 kilometers in just one week.

From this orbit, the ability to propel the spacecraft that goes or flies from there will be less. After a three-month voyage, CAPSTONE will reach the orbit of the moon and will continue to orbit the moon for six months, receiving information about the details of that orbit. He will specifically consider the propulsion and power requirements for this orbit.

Earth and the South Pole of the Moon both are visible

Confirmation of these requirements set by the NASA model will reduce transportation uncertainty. CAPSTONE will also demonstrate the reliability of the new space navigation integration. NRHO provides the advantage of unobstructed view of the Earth in addition to the coverage of the Moon’s South Pole.

NASA’s Lunar Reconnaissance Orbiter (LRO) has been orbiting the Moon since 2009 to test new navigation capabilities that will serve as a starting point for CAPSTONE. CAPSTONE will communicate directly with the LRO and measure how far from the LRO and how quickly the distance between the two changes to determine the position of the CAPSTONE.

The CAPSTONE Autonomous Navigation Software will be evaluated using the LRO. This software, called the Sislunar Autonomous Positioning System (CAPS), if successful, will help spacecraft locate their positions in the future and end their dependence on the Earth observation system.

Amazon Pharmacy will have an impact on independent pharmacies

What is a DevOps Engineer? Total salary of the DevOps engineer in 2022

How NASA’s spacecraft will collide with Dimorphos, watch

Omicron: Variant of coronavirus can protect against flu

The “lipstick” plant rediscovered 100 years later in the Anjaw district