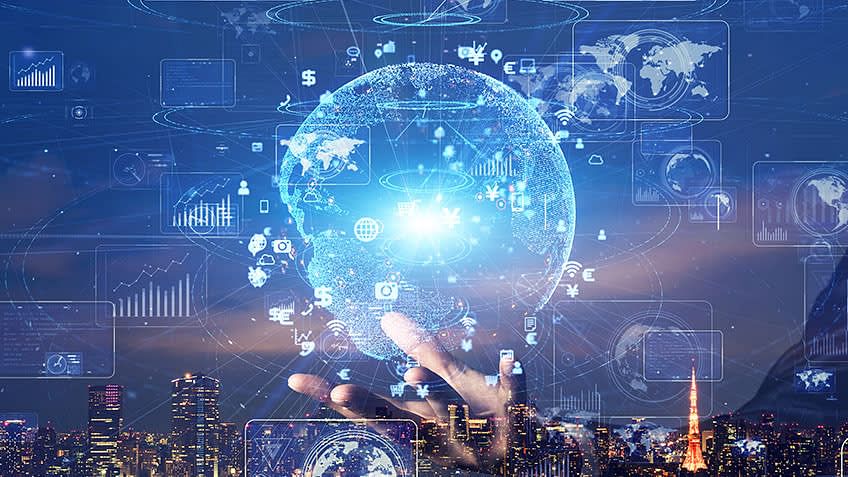 The digital age comes with its own lexicon, a bewildering array of buzz phrases, words, and acronyms designed to confuse as much as they are to inform. Many of these new terms have found their way into our everyday vocabularies, although the meanings often get confused and blurred.

For instance, many people use “the Web” and “the Internet” interchangeably when they are, in fact, two different things. Furthermore, there’s more than one version of the Web. Are you intrigued yet?

So, let’s look at three different versions of this crucial online resource.

Oh, and incidentally, here’s the difference between the Web and the Internet. The Web, formerly referred to as the World Wide Web, is the pages/sites you see when you log online. The Internet is a series of interconnected computer systems the Web functions on, plus the medium allows files and e-mails to travel along.

in Collaboration with Caltech CTMEEnroll Now

Or put another way, the Internet is the highway system that connects many cities, and the Web is the collection of rest stops, gas stations, convenience stores, and other stops. All versions of the Web have used and continue to use the Internet to connect users with websites and each other. That characteristic remains a constant.

Also, as an aside, no one really uses the term “World Wide Web” anymore. We still have a remnant of the phrase, though, because most URLs begin with the letters “www,” which unsurprisingly stand for “World Wide Web.” It’s an indelible part of our Internet culture!

Okay, on with the different Web versions. What are the differences between Web 1.0, Web 2.0, and Web 3.0, and what are their similarities?

Basically, this first version of the Web consisted of a few people creating web pages and content and web pages for a large group of readers, allowing them to access facts, information, and content from the sources.

Or you can sum up Web 1.0 like this: it was designed to help people better find information. This web version dealt was dedicated to users searching for data. This web version is sometimes called “the read-only Web” because it lacks the necessary forms, visuals, controls, and interactivity we enjoy on today’s Internet.

People use the term “Web 1.0” to describe the earliest form of the Internet. Users saw the first example of a worldwide network that hinted at future digital communication and information-sharing potential.

Here are a few characteristics found in Web 1.0:

Take a real-world dictionary, digitize everything in it, and make it accessible to people online to look at (but not be able to react to it). Boom. That’s Web 1.0.

If Web 1.0 was made up of a small number of people generating content for a larger audience, then Web 2.0 is many people creating even more content for a growing audience. Web 1.0 focused on reading; Web 2.0 focused on participating and contributing.

This Internet form emphasizes User-Generated Content (UGC), ease of use, interactivity, and improved compatibility with other systems and devices. Web 2.0 is all about the end user’s experience. Consequently, this Web form was responsible for creating communities, collaborations, dialogue, and social media. As a result, Web 2.0 is considered the primary form of web interaction for most of today’s users.

If Web 1.0 was called “the read-only Web,” Web 2.0 is known as “the participative social Web.” Web 2.0 is a better, more enhanced version of its predecessor, incorporating web browser technologies such as JavaScript frameworks.

Mobile Internet access and the rise of social networks have contributed to a dramatic upturn in Web 2.0’s growth. This explosion is also fueled by the rampant popularity of mobile devices such as Android-powered devices and iPhones. In addition, Web 2.0’s growth made it possible for apps such as TikTok, Twitter, and YouTube to expand and dominate the online landscape.

You’re using Web 2.0 at this exact moment, you know.

And finally, we come to the latest Web iteration.

When trying to figure out the definitive web 3.0 meaning, we need to look into the future. Although there are elements of Web 3.0 currently available today, it still has a way to go before it reaches full realization.

Web 3.0, which is also referred to as Web3, is built on a foundation consisting of the core ideas of decentralization, openness, and more excellent user utility. Web 1.0 is the “read-only Web,” Web 2.0 is the “participative social Web,” and Web 3.0 is the “read, write, execute Web.”

This Web interaction and utilization stage moves users away from centralized platforms like Facebook, Google, or Twitter and towards decentralized, nearly anonymous platforms. World Wide Web inventor Tim Berners-Lee initially called Web 3.0 the Semantic Web and envisioned an intelligent, autonomous, and open Internet that used Artificial Intelligence and Machine Learning to act as a “global brain” and process content conceptually and contextually.

This idealized version didn’t quite pan out due to technological limitations, like how expensive and complicated it is to convert human language into something readily understood by computers.

Web 3.0 ultimately lets users interact, exchange information, and securely conduct financial transactions without a centralized authority or coordinator. As a result, each user becomes a content owner instead of just a content user.

Remember that Web 3.0 isn’t entirely in place. However, we are already seeing elements of Web 3.0 working their way into our Internet experiences, such as NFTs, Blockchain, Distributed ledgers, and the AR cloud. Additionally, Siri is Web 3.0 technology, as is the Internet of Things. However, if and when the full implementation happens, it will be closer to Berners-Lee’s initial vision of Web 3.0. As he puts it, it will be a place with “no permission is needed from a central authority to post anything … there is no central controlling node, and so no single point of failure … and no “kill switch.”

Unfortunately, there is still a lot of work to be done, especially in speech recognition; human speech has a staggering variety of nuances and terms that technology can’t fully comprehend. There have been advances, but the process hasn’t yet been perfected.

Let’s break down and examine the differences between the three Webs using this handy table.

Incidentally, just as the age range of various generations differs depending on who you get the information from (things like boomers, Generation X, and millennials), there’s also variance in Web version activity. For example, some sources classify Web 1.0 as 1990-2000, Web 2.0 as 2000-2010, and Web 3.0 as 2010-onward.

To become an expert in MEAN StackView Course

If you take a good look at all three different web versions, you notice that they only have a few fundamental traits in common. They are:

Here’s a breakdown of each web version’s salient features.

Let’s take a closer look at these two versions of the Web, especially since they are the iterations that the majority of users are most familiar with. Long-standing Internet users are no doubt familiar with the “old” Internet (Web 1.0), and Web 2.0 is the default standard today, so everyone has experienced it in one way or another. We have elements of Web 3.0 here and there, but it hasn’t been rolled out as a complete entity yet.

The best way to accurately compare Web 1.0 vs. Web 2.0 is by analogy. Let’s say someone hands you a book to read. You read it, but you can’t change any of the words in it. That’s what Web 1.0 was like. On the other hand, if someone offered you a different book and a red editor’s pencil and told you that you can not only read the book but also use the pencil to make changes or additions to it, well, that’s Web 2.0.

Web 1.0 is a static form of the Web, while the Web 2.0 is a dynamic entity. Then we add Web 3.0 back in the mix and see how it takes the user experience to the next level.

Yes, there is already talk of a Web 4.0! Speculation is rampant, with people theorizing that it will be more cerebral and address the decentralization issues raised by Web 3.0. Decentralization isn’t perfect and will require extensive fine-tuning if it’s adopted on a large scale.

There are even some pundits who speculate that Web 4.0 will be the ultimate step in Web evolution, with users accessing the Web via physical implants! Depending on your sensibilities, that is either a very cool idea or an absolute dystopian nightmare!

And for anyone who thinks that idea is too much in the realm of science fiction, remember that we have wearable tech in the present, things like FitBits, or heart monitors that send information to the patient’s Primary Care Provider. It’s not too big of a move to a device that’s implanted in the user that allows Web access at will and bypasses the need for a hand-held mobile device.

But no matter what Web 4.0 will look like, it’s still decades away. So, for now, the IT world is busy trying to implement Web 3.0 fully.

Demystify the Web Through a Certification in Web Design

Application development for an ever-evolving web landscape will continue to create new career opportunities. Understanding the history of the web gives you core context if you are considering a career in this field or if you’re looking to advance in your current career but not up to date..

Check out our UI/UX Design Expert Master’s program or the other courses we offer in software development to see how you can learn the skills and knowledge to succeed in this exciting career.

How to watch Westworld season 4 in the UK – channel guide, plot and...

user - October 23, 2022 0
Health
subscribe to The Podcast by KevinMD. I'm catching up of old episodes! “Healthcare leaders can master this 'chess game' by predicting the next few moves...