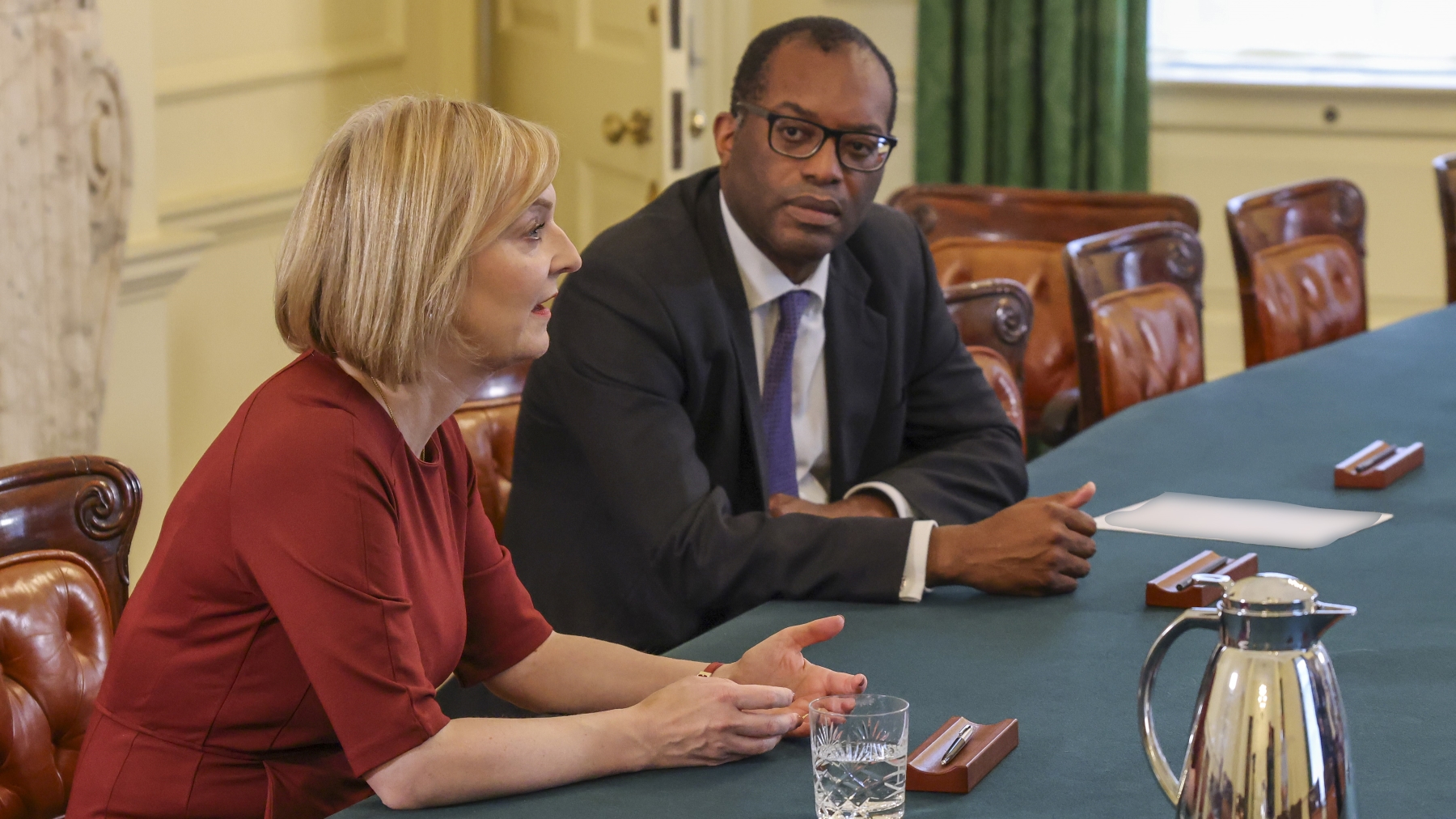 Chancellor Kwasi Kwarteng unveiled a range of measures in today’s ‘mini-budget’ aimed at boosting growth in the UK economy, which have been widely welcomed by the UK technology and investment community.

The mini-budget is the first major fiscal event for Prime Minister Liz Truss’s government and comes at a time when people and businesses are struggling with rising energy costs, rising inflation and a looming recession.

A survey of UK SMEs by Funding Options and Censuswide found that four in five business owners are considering going back to work due to skyrocketing energy costs, supplier costs and the cost of living.

Truss said her priority is to spur growth through tax cuts for individuals and businesses and deregulation.

Economists have warned that the personal tax cuts disproportionately benefit the wealthy and have raised concerns that the chancellor has not asked the OBR to carry out an independent assessment of the cost and impact of the mini-budget.

However, the business community welcomed many of the measures outlined in the mini-budget, such as the scrapping of the planned increase in corporate tax to 25% next year.

“He is brave, agile and quick. Economists will be arguing for months to come, but small businesses will be waiting for the impact of this Budget to trickle down to their sales tonight,” said Emma Jones, CBE, founder of small business support platform Enterprise Nation.

“The new administration has made its position clear today and that it is firmly on the side of entrepreneurs and wealth creators. Tax cuts, both business and personal, will bring confidence and unleash the entrepreneurial spirit we know exists in the UK and which the Chancellor has so often referred to.’

Shevaun Haviland, director general of the British Chambers of Commerce, said: “UK business will enthusiastically welcome the Chancellor’s pledge to focus on economic growth and accelerate the development of new infrastructure.”

Here are the key announcements from the UK tech mini budget – and what the industry thinks about the measures.

The corporate tax increase has been reversed

The previous chancellor, Rishi Sunak, planned to raise corporate tax to 25% in April next year. That move was reversed, meaning the rate will remain at 19%, the lowest of the G7 countries.

Startups welcomed the move and said it would allow them to preserve much-needed cash during the economic downturn.

Ravi Anand, managing director of alternative lender Thincats, said the scrapping of corporation tax and the NI increase “frees up working capital at a crucial time and will encourage investment”.

Katie Gallagher, managing director of Manchester Digital and chair of the UK Tech Cluster Group, said: “The technology and digital businesses we represent welcome the reversal of the rise in corporation tax and the rise in National Insurance; as well as the reduction of income tax. In particular, it will give start-ups and early-stage businesses a boost to ensure they are given every chance to succeed.”

Sahil Sethi, co-director of financial wellbeing platform Maji.io, said: “Tax cuts for both employees and employers are very welcome in the current environment and with a government focused on growth, it’s great to see incentives ramping up . Now we have to hope that we all get a chance to grow before government finances deteriorate or markets lose confidence in the economy.”

Kwarteng has increased the amount companies can raise using the Seed Enterprise Investment Scheme (SEIS) to £250,000 – an increase of two thirds. The gross assets limit will also be increased to £350,000 and the age limit for eligible companies will be raised.

Launched in 2012, SEIS aims to encourage investment in early-stage startups by providing tax breaks for ventures that are considered riskier bets.

Barber, who set up one of the UK’s first SEIS funds, added that “so far it has felt like successive governments have been sleepwalking” into SEIS.

Stephen Page, founder and chief executive of SFC Capital, which has been campaigning for SEIS reform, said the previous cap was “quickly overtaken by the impact of the growth it itself fueled on the funding needs of early-stage companies “.

Similarly, the government said it “remains supportive of the Enterprise Investment Scheme (EIS) and Venture Capital Trusts (VCT) and sees value in expanding them in the future”.

The two initiatives provide tax relief for businesses and venture capital firms. There has been uncertainty over the future of the EIS, which has a “sunset clause” that says it will end in 2025 unless it is renewed.

“In a statement with a very welcome focus on growth and the future of the UK’s economic success, the Chancellor has given a major boost to UK start-ups by securing the future of the EIS scheme, which provides £1.7bn of annual funding to some of the businesses with the largest growth in the UK,” said Tim Mills, managing partner at ACF Investors.

“Besides funding, fast-growing companies and their investors need one thing above all else – a consistent support environment. By providing clarity around this vital source of funding, UK start-ups have a much clearer path to growth in the coming years. In a time of economic turmoil, the impact of this confidence cannot be underestimated.

Barber added: “Entrepreneurs now need to spend less time fundraising and more time doing what they do best – building businesses. This is a fantastic commitment to British business from the new government.”

The Budget announced plans to bring forward draft regulations to reform the pension charge cap, which would give pension schemes more flexibility to invest in innovative British businesses.

“Today’s Budget was supposed to be ‘mini’, but for the UK’s fast-growing technology businesses it was a pivotal moment,” Moray Wright, CEO, Parkwalk Advisors. “After years of discussion, we welcome the Government’s decision to unlock investment in UK assets and innovative, high-growth businesses by accelerating pension reform.

“This will help support the UK as a leader in the creation of intellectual property in the sectors of tomorrow, including AI, life sciences, cleantech, medical technology and quantum computing.”

Changes to IR35 have been cancelled

IR35, the UK’s self-employment rules aimed at tackling tax avoidance by contractors and freelancers, has been widely criticized by businesses since being reformed in 2021.

It is now expected to be completely canceled from April next year. From then on, “workers providing their services through an intermediary will again be responsible for determining their employment status and paying the appropriate amount of tax and national insurance contributions,” the government said.

Runar Reistrup, chief executive of YunoJuno, said the rollback of the IR35 changes would “remove the friction and confusion that has prevented companies and the public sector from exploiting the full value of contractors in recent years”.

Rystrup added: “As companies are about to face challenging times with an unprecedented rate of change, being able to easily tap into a flexible freelance workforce of highly skilled professionals will be key to their ability to adapt.”

Ritam Gandhi, founder of Studio Graphene, added: “The government can combine its short-term aid with long-term support for ambitious tech start-ups by encouraging more young people to take up digital skills training to address the urgent skills shortage that may hinder the growth of the industry.

The government is discussing with 38 local authorities the creation of investment zones. These areas will have lower taxes, looser planning rules and other tax incentives.

“We will reduce taxes for businesses in certain tax sites for 10 years,” Kwarteng said. “There will be accelerated tax relief for structures and buildings and 100% tax relief for qualified investment in plant and machinery, for the purchase of land and buildings for commercial or new residential projects.

“There will be no stamp duty to pay for the newly occupied business premises. There won’t be any business rates to pay, and if a business takes on a new employee on the tax site, then on the first £50,000 they earn, the employer won’t pay any National Insurance.

The policy could direct the government to areas in need of investment, in a more concrete step towards the previous administration’s flagship policy of “stepping up”.

Manchester Digital’s Gallagher “tentatively welcomed the concept of new low-tax investment zones” but urged the government to “work hand-in-hand with existing regional technology ecosystems that already understand the local economy and where investment is needed to really thrive”.

“These are tangible steps towards the promised ‘levelling’ of regions across the country, which must also have a stake in the success achieved by London. However, it would be a mistake to gloss over the poor economic situation – the government will need to listen to and collaborate with the private sector to make this really work.

David added: “Ultimately, long-term productivity growth will get the UK economy back on track. The Government must urgently work with industry to clarify the details of these plans to provide clarity for businesses looking to invest.

A £500 million technology and science competition

The Budget also unveiled a competition to provide up to £500m to support funds supporting science and technology businesses. The Government said the Long-Term Investment for Technology and Science (LIFTS) competition would “unlock billions of pounds of additional investment in growing the UK over time”.

SFC Capital’s page said: “We are also very hopeful that a significant proportion of the new £500m of capital for high-tech and high-growth investments will be allocated to seed investment rather than later VC. This is where intervention is most needed, as we have shown in our last two annual reports on the state of early stage investment.”

What the mini-budget means for UK tech

The UK will investigate the cloud businesses of Amazon, Google and Microsoft

USAF and RNZAF to participate in the Night Range exercise

Cybersecurity in a Post-Covid World: New Challenges and Opportunities

Deadline for participation for Channel Awards 2022