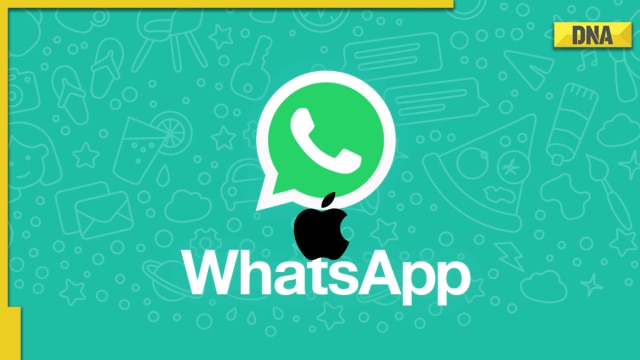 WhatsApp is undoubtedly one of the most used messaging platforms around the world, but few Apple iPhone users will be unable to use the service from next month. According to a previous report by WABetaInfo, WhatsApp will end support for the messaging app on iOS 10 and iOS 11 operating systems in October this year. According to recent reports, a support update from Apple has also stated that WhatsApp will no longer work on old iPhone models.

Before discontinuing support for old operating systems, WhatsApp notified users directly through the app. It also shares multiple reminders to upgrade to the latest OS, but due to hardware limitations, several devices are unable to upgrade and thus skip the app. According to the WhatsApp support page, the company supports and recommends Android with OS 4.1 and above, iPhone with iOS 12 and above along with KaiOS 2.5.0 and above, including JioPhone and JioPhone 2.

To continue using WhatsApp, Apple iPhone 5S, 6 or 6S users must upgrade their operating system. The end of iOS 12 support also means that people with iPhone 5 and 5C won’t be able to use the WhatsApp app from October, as those devices don’t support iOS 12.

Devices and software change frequently, so WhatsApp regularly reviews operating systems and makes updates. To choose what to stop supporting, every year WhatsApp, like other tech companies, reviews which devices and software are the oldest and have the fewest people still using them. These devices may also not have the latest security updates or the functionality required to run WhatsApp.

Apple iPhone users are getting iOS 15.6 update with new features,...

Google’s DeepMind generates a video from a single image