Newstechok.com
Home Science World temperature may rise by more than 1.5 degrees between 2022 and... 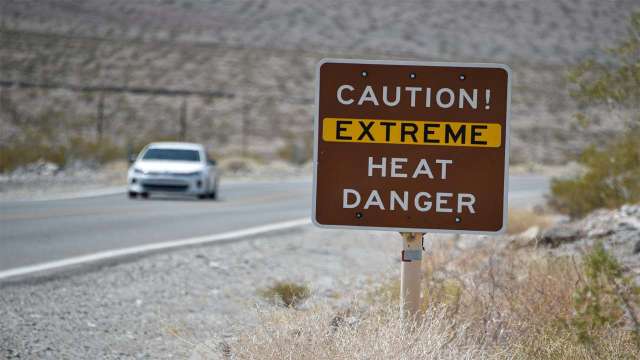 Global warming is one of the biggest causes of concern in the 21st century. Scientists fear that global temperatures may exceed their limits in the coming years. Now a report by researchers from the UK Meteorological Department suggests that over the next 5 years, global temperatures could rise by more than 1.5 degrees and there is a 50% chance of this happening.

The increase is thought to be temporary, but the way the temperature is rising has worried researchers. Scientists say that between 2022 and 2026 there will be a year in which summer temperatures will break all its records. The way heat-producing gases have accumulated in the atmosphere very rapidly over the last three decades will have a global rise in temperature.

Read Is climate change the reason for the decline in bird populations?

In 2015, for the first time, the average global temperature increased by 1 degree Celsius above pre-industrial levels. It is usually recorded as a temperature from the middle of the 19th century. This is the same year when politicians around the world signed the environmental agreement in Paris and pledged to keep global temperatures below 2 degrees Celsius.

In addition, efforts to reach 1.5 degrees were agreed. Then, in November last year, COP26, held in Glasgow, repeated its promise of 1.5 degrees Celsius. In the last 7 years, the global temperature has risen by 1 degree, with the highest heat recorded in these seven years in 2016 and 2020.

From this it is clear how even a 1 degree increase in temperature affects the world. Last year’s forest fires in North America, and this year in India and Pakistan show their horror. There were about 340 fires on the last day of March, according to the Indian Forest Survey (FSI). From January 1 to March 31, 2022, there were 136,604 fire points in the country.

The rise in temperature is temporary

In such a situation, the British office of the World Meteorological Organization (WMO) said that the possibility of the temperature rising to 1.5 degrees in the next 5 years is not very high, but can not be ruled out. But this increase will be temporary.

Dr Leon Hermanson, the chief meteorologist who drafted the report, said the key change was a slow increase in the carbon dioxide atmosphere.

Researchers say that if the temperature exceeds 1.5 degrees in five years, then it is not that it will not fall again. However, until we control greenhouse gas emissions, it is very difficult to stop the rise in temperature.

In addition, our oceans are getting hotter and more acidic, glaciers are melting, causing sea levels to rise, and all this together is creating extreme weather conditions. The study also found that over the next five years, the effects of rising temperatures will be most visible in the Arctic region.

Researchers say there will be a threefold difference in temperature from the long-term average. Not only that, in those five years there will be one year that could break the records of 2016 and 2020. This is more likely to happen in a year that will be the year of El Niño.

This is a natural meteorological phenomenon associated with the unusual warming of surface waters in the eastern Pacific, thus affecting weather around the world.

Struggling to make friends as an adult? Why you should try to appeal to older generations

user - July 18, 2022 0
Health
A team from the University of Minnesota has developed a new technique that allows them to monitor gene expression in the brains of living...

Windows 11 22H2 gets a bunch of new Group Policy changes

Watch the trailer for the upcoming Last of Us TV series...

The research team has classified a key gene for cell division...

Ancient female teeth reveal the origins of the Black Death from...